Milan and Inter, still in the sprint with two points of difference 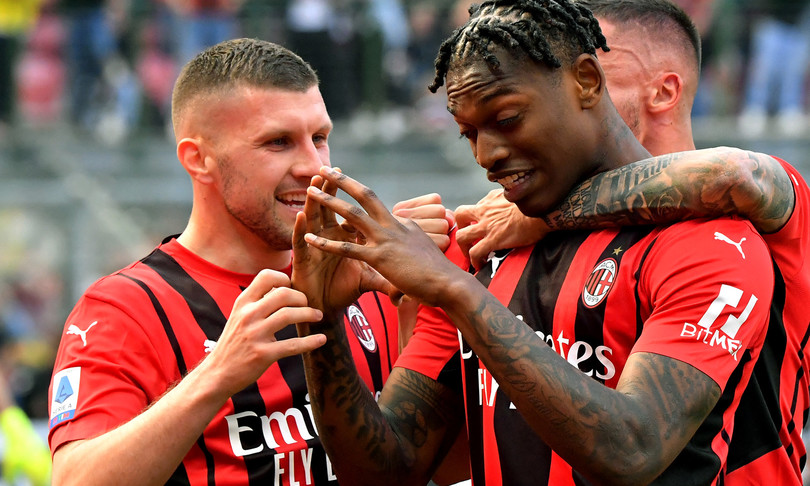 ‘Quelle due’ travel as usual: the Milan still two points ahead of Inter three days from the end. The Milanese win by measure: the Rossoneri 1-0 at home against Fiorentina, the Nerazzurri 2-1 in Udine.

And lightning by Leao eight minutes from 90 ‘ gives Milan the 3 points. Fiorentina beaten 1-0 at the end of a hard, fought match in which the Rossoneri seemed unable to break through despite several opportunities created. A super save by Maignan on Cabral before the Portuguese goal was also decisive: Pioli’s team flies to +5 at the moment over Inter, putting pressure on the Nerazzurri engaged in Udine. Third consecutive defeat instead for the Italian team.

A crackling start to the match at San Siro, with chances on both sides: a goal to Theo Hernandez is canceled due to Messias offside, Igor goes centimeters from the host advantage on the other front, then the same AC Milan full-back and Giroud fail two important scoring in front of Terracciano. The mistake at the start of the second half by Leao was also sensational, who sat down a defender after Giroud’s assist, but from a few steps away he shoots incredibly high over the crossbar.

Milan’s assaults continue inexorably towards the purple goal, but the Rossoneri seem unable to find the right opening, while on the other side a super Maignan thinks to save his team on Cabral’s header. A parade that will be decisive just six turns of the hands later, given that at 82 ‘Leao takes advantage of a wrong postponement of Terracciano going to score the 1-0 that blows up the San Siro.

After the incredible defeat in Bologna, Inter immediately raises its head by storming the Dacia Arena. Udinese beaten 2-1 thanks to goals from Perisic and Lautaro in the first part of the game, but Pussetto’s goal in the final was useless. Instead, Cioffi’s team returns to lose and remains at 43 points.

Twelve minutes on the clock and the Nerazzurri unlocked with Perisic’s second consecutive goal, left free enough to head on Dimarco’s corner. Silvestri touches but it is not enough to avoid the guest advantage.

The Friulians immediately try to respond with a conclusion from Walace from distance, parried by a careful Handanovic dive. At 36 ‘comes the episode that leads to the Nerazzurri’s doubling: Dzeko goes down in the area in contact with Marì, the referee first lets it run then is called back to the Var to correct his decision. Lautaro hits the post from the spot and is lucky on the rebound, because a fortuitous deviation by Silvestri makes the Argentine’s goal valid.

At the beginning of the second half, Inter would have suffered the chance for the trio, but Dzeko wastes it face to face with Silvestri losing time for the serve first, then kicking out with the left-handed. Udinese therefore remains on their feet and in the 72nd minute finds the blaze to reopen the match: Deulofeu perfectly kicks a free kick rejected very well by Handanovic, Udogie finds Pussetto on the rebound and puts in from two steps.

The Nerazzurri would have a great opportunity to close the match in the 79th minute, but Correa is too hasty in serving Vidal (offside) with the two thrown in two against zero towards the goal. In the end there is to suffer for Inzaghi’s team, but at the triple whistle the result does not change.