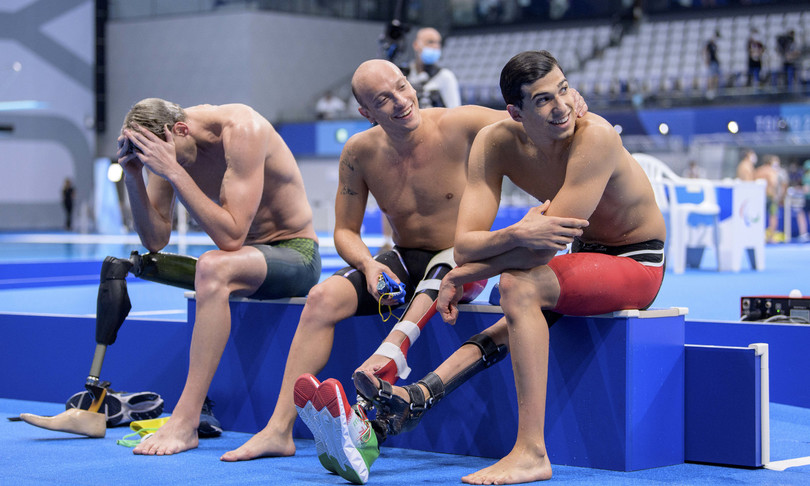 New medals for Italy at the Tokyo Paralympics: thanks to swimming, which gives two golds and a silver, and a bronze in the Triathlon, the medal table rises to 24 medals.

Simone Barlaam is gold in the 50 freestyle of the S9 category at the Tokyo Paralympics. The blue, 21 years old from Milan, won with 24 ”71, a new Paralympic record, preceding the Russian Denis Tarasov (24” 99) and the American Jamal Hill (25 ”19).

Carlotta Gilli, medal collector at the Tokyo Paralympics. AND the fourth personal medal of the Italian swimmer is bronze. Today in the waters of the Tokyo Aquatics Center the Italian finished third in the 50 freestyle race in the S12 / S13 category, touching in 27 ”07, 40 cents from his S13 world record set on 29 June 2018 in Rome. The Brazilian Maria Caolina Gomes Santiago (26 ”82) was the new Olympic champion in front of the Russian Anna Krivshina (27” 06). For Gilli, twenty years old from Moncalieri, bearer of the Gold Flames, nicknamed ‘The Dolphin of Muncale’, today’s bronze follows gold on the 100 butterfly and silver on the 100 back and 400 freestyle.

Arjola Trimi is the new Paralympic champion in the 50 backstroke of the S3 category. In the Tokyo Aquatics Center tank the 34-year-old blue from Milan, born in Tirana in Albania, won in 51 ”34 ahead of the British Ellie Challis (55” 11) and the Russian Iuliia Shishova (57 ”03). Trimi, Paralympic silver of the 50 freestyle in 2016 in Rio de Janeiro, in his palmares boasts a gold at the Paralympic World Championships in 2015 on the 50 backstrokes and thirteen golds at the Ipc European Championships.

Giulia Terzi won the silver medal in the 400 freestyle of the S7 category at the Tokyo Paralympics. The 26-year-old blue swimmer from Milan, at her first Paralympic participation, in the Japanese capital in recent days had won silver in the 4×50 mixed freestyle relay. Terzi, in the lead up to 250 meters, touched in 5’06 “32 behind the American McKenzie Coan (5’05” 84). Bronze went to the other American Julia Gaffney (5’11 ”89).

“The fifth Paralympic day of Tokyo 2020 begins with a splendid medal: the bronze of Giovanni Achenza in the Triathlon, PTWC category “. Thus the Twitter account of the Italian Paralympic Committee, which greets the success of the 50-year-old Sardinian athlete with a” great Giovanni !! ”