For the third time, Gignac is the highest scorer in the Mexican League 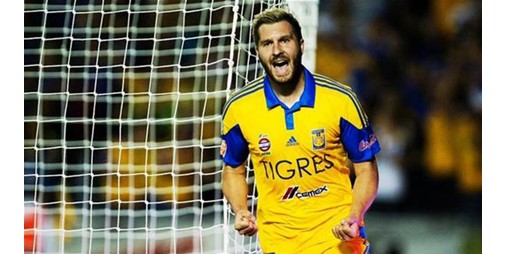 With 11 goals, Tigres striker Andre Pierre Gignac won the Mexican Football League’s top scorer award for the third time. Gignac, who appeared in 36 international matches for his country, was named top scorer in both the 2016 and 2018 seasons (13 goals) (14 goals).

Due to a muscular ailment, the former Marseille striker did not participate his team’s most recent encounter against Atlas, but none of his direct challengers, Uruguayan Rodrigo Aguirre, Necaxa striker, or Argentine Nicolas Ibanis, were able to get past him, and their balance remained at 9 goals.

The 36-year-old has appeared in 16 games, all as a starter, and has 11 goals in ten appearances.

“I have nothing but words of thankfulness,” Gignac wrote on Twitter. I owe my gratitude to my teammates, the coaching staff, the board of directors, and all of the team’s fans for making this happen.”

One thought on “For the third time, Gignac is the highest scorer in the Mexican League”