Four silvers in cycling at the Paralympics. Porcellato in history 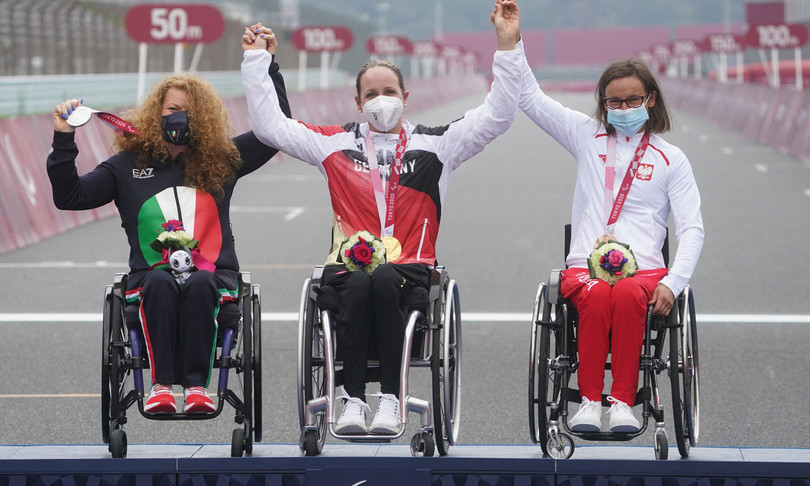 The blue balance is four silver medals on the first day of road cycling at the XVI Paralympic Games that are taking place in Tokyo in Japan. At the foot of Mount Fuji, in the area of ​​the car circuit, Paralympic vice.champions graduated Francesca Porcellato in the H1.3 category, Fabrizio Cornegliani in the H1, Luca Mazzone in the H2 and Giorgio Farroni in the T1.2 Time trial.

For Porcellato, second only to German Annika Zeyen, today’s silver is the third Paralympic medal in cycling after two bronze medals at the Rio 2016 Games. Porcellato, 50 years old from Castelfranco Veneto, with the medal won in Tokyo 2020, is more and more in the history of Paralympic sport having been medaled at the Games since the 1988 Seoul edition–

The first medals of the blue go back to South Korea when it was gold in the 100 meters and 4×100 meters, silver in the 200 meters and bronze in the 4×200 and 4×400 in athletics. Francesca got on the podium, always in athletics, also in Barcelona ’92 and Athens 2004. At the 2010 Vancouver Paralympic Winter Games she hit gold in the Nordic para.ski sprint.