In a Final Four, the three Clásicos 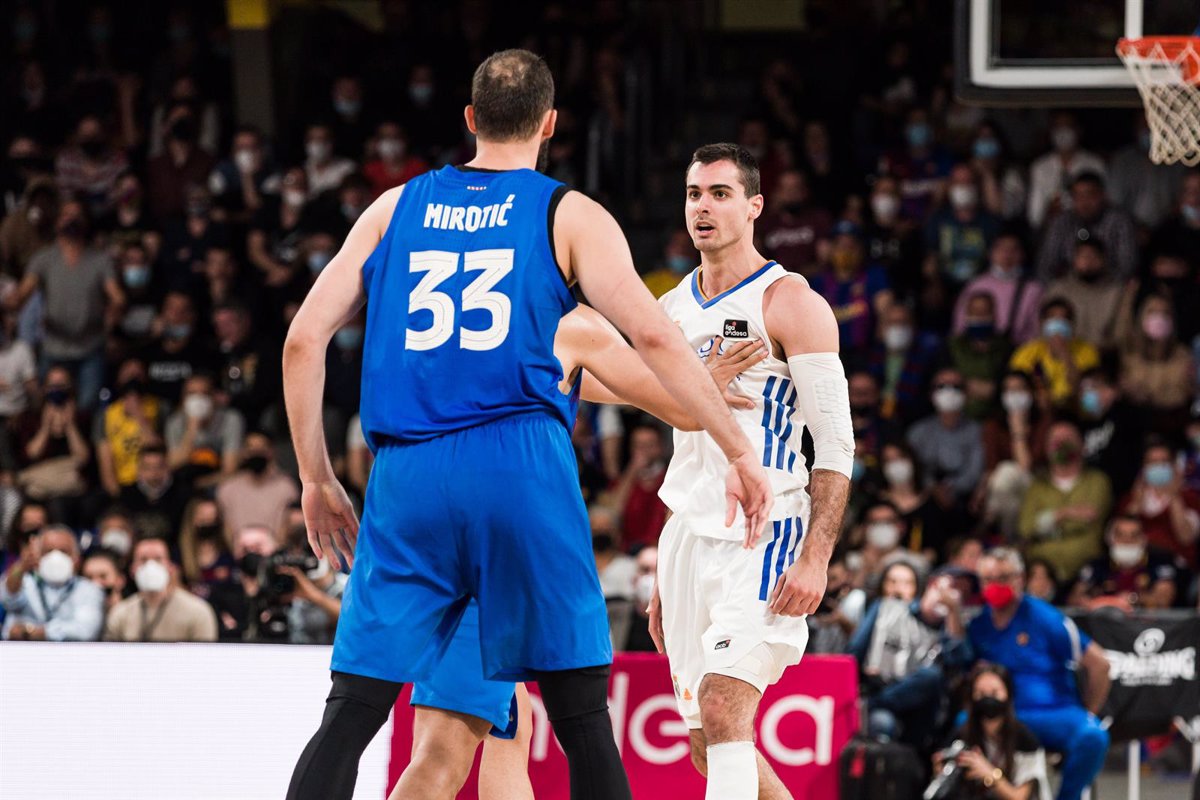 Barça and Real Madrid have qualified for the 2021-2022 Euroleague ‘Final Four,’ which will be held on May 19 and 21 at the Stark Arena in Belgrade, against Bayern Munich of Germany and Maccabi Tel Aviv of Israel, respectively. Now, in what will be the fourth Classic in a ‘F4’, the two will clash in one of the semifinals. We take a look back at the past three.

1. The year 1996. The madridistas and blaugranas first met in a ‘F4′ in the 1995-1996 season, when FIBA was still in charge of the competition and it was known as the European Cup. Real Madrid, who had eliminated Olympiacos in three games, arrived in Paris as defending champions, despite the absence of Arvydas Sabonis and the addition of Pablo Laso to their ranks, and Ato Garca Reneses’ Barça, who had defeated Ulker in two meetings, in pursuit of a new shot at European glory.

The semifinal began with the champion dominating by 15 points, at which point he became stuck due to his opponent’s defensive improvement, which, led by Arturas Karnisovas (24 points) and Dan Godfread (22 points), tightened in defense to match everything before the break (34-38), and, after a great second half, they clearly took the victory by 76-66 and qualified for an unfortunate final, with a 67-66 defeat against Panathinaikos and the elimination of

2. The year 2013. Both clubs crossed paths on their way to the title over 20 years ago, initially with the Euroleague in place, then at the O2 Arena in London in the first of Pablo Laso’s seven seasons as coach madridista and with Nikola Mirotic in the meringue ranks. The merengue squad had beaten Maccabi 3-0 in their ‘Playoff,’ but the culé had lost to Panathinaikos, forcing them to play all five duels.

The Madrid squad avenged their defeat in 1996 by defeating Xavi Pascual’s side 67-74, thanks to a fantastic quarterfinal performance in which they recorded a final run of 16-26, allowing them to win a game that had gotten complicated (61-52). Real Madrid, on the other side, was defeated by the Greek Olympiacos in the final, although clearly leading at the start (100-88).

3. The year is 2014. We didn’t have to wait long for another Clásico in the ‘Final Four,’ as Real Madrid and Barça met in the Mediolanum Forum in Milan the next season after defeating Olympiacos in the ‘Playoffs’ in five games and Galatasaray in three, respectively.

There weren’t many equalizers in this case because Laso’s team put on a tremendous performance against Pascual’s team, winning by over 40 points (62-100). ‘ Chacho’ Rodrguez (21 points) and Nikola Mirotic (19 points) led a team that led by eight points at halftime (37-45) and then broke the game open in the second half.