The Barça takes the reins in the Palace 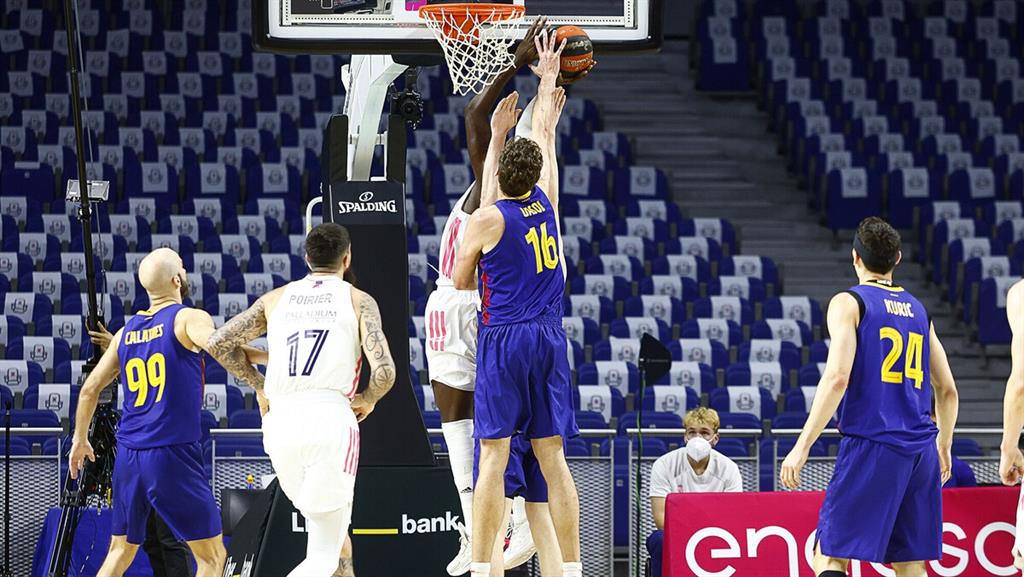 The Barça takes the reins in the Palace

Barça took command of the Endesa League final this Sunday against Real Madrid by winning (75-89) the first game for the title at the WiZink Center in the capital, thanks to a great second half, with Cory Higgins as man of the match with 26 points, who put the title to Barça shot on Tuesday at the Palau.

The Barça team was behind in the first half but when Madrid was better (41-33), Barça hit the Madrid floor with a 0-16 partial. Those of Sarunas Jasikevicius brought their income to close to twenty in the fourth quarter, preventing the Madrid fans from playing their part.

Thus and despite the fact that Pablo Laso’s men pressed, the whites became more entangled in the referee’s protest, free points for the rival, and lost the field factor. Perhaps the greatest advantage of a Madrid diminished by losses this season, flew with the triumph of a Barça that if it wins in two days it will be champion seven years later.

The local team entered intense, but ran out of gasoline, in a rotation of more guarantees in the visitors. Tavares, with seven points and 8 rebounds, and Abalde, with a lot of energy after overcoming the coronavirus, were the best of Madrid along with their defense in the first cut. At Barça, Pau Gasol shone again.

The double champion of the NBA, 20 years after his farewell to Spain with a title against the whites, was decisive as in the rest of the ‘Playoff’. Pau lowered Tavares a bit and, in the same way, Higgins proved to have the right day. Kuric also came to the rescue in a difficult first half of scoring.

Madrid threatened with the escape, very dominating the rebound, but Barça did not let go, waiting to connect Mirotic. At the resumption, Laso’s men came back just as well but with somewhat cold legs and Barça broke the game with Higgins (14 points in the third quarter). Mirotic was also activated and those of ‘Saras’ managed to tie the rebound to disconnect the rival.

Rudy Fernández was almost the only white response, both in defense and attack. The Spaniard was in all of them, also in the protest that led Barça to enjoy various techniques from the free kick. Taylor, disqualified, or Garuba, in five fouls, also showed that frustration with the escaped Catalans.

Davies signed the Barça triumph in the last quarter, drawing muscle as did a Barça that, despite the wear it seemed to bring from the defeat in the Euroleague final or in these ‘Playoffs’, showed that it still has strength and hunger for the boost to your project with Jasikevicius. On Tuesday, a Barça that has not won the League since 2014 can lift the double after the Copa del Rey.