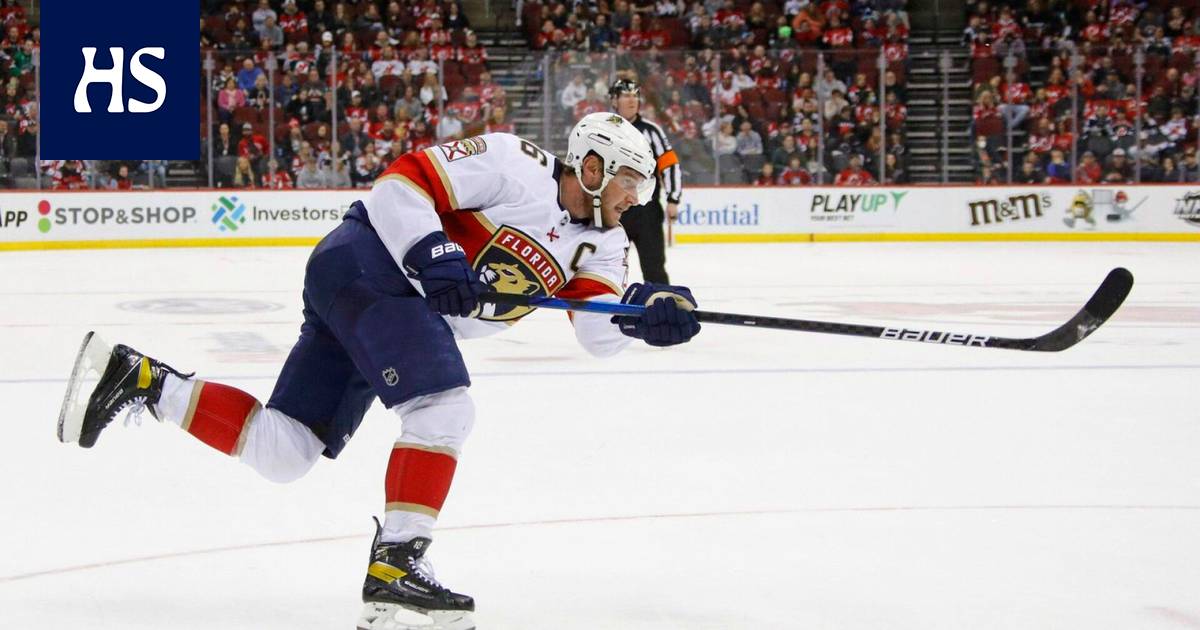 NHL Hockey League Finnish star of the Florida Panthers Alexander Barkov is nominated for the King Clancy Memorial Trophy. There is one player from each of the 32 teams in the league, and the NHL announced candidates on Wednesday. Barkov is the only Finnish player nominated.

The King Clancy Award is given to a player who has demonstrated leadership qualities on and off the ice and has done significant humanitarian work in their own community. A year ago, I was beaten by a Finnish goalkeeper from Nashville Predators Pekka Rinne.

The King Clancy Prize has been awarded since 1988. In addition to the slope, Finns have received the award Saku Koivuin the year 2007.