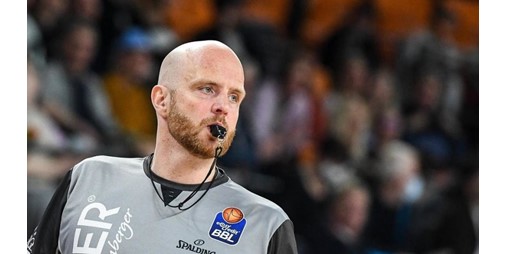 German basketball referee Benjamin Barth said he was not appointed to officiate the European Basketball League matches, due to his refusal to shave his beard.

The 43-year-old referee revealed the allegations in the Frankfurter Allgemeine Zeitung newspaper through conversations preserved since 2021 with Richard Stokes, head of the tournament’s refereeing committee.

“Stokes told me it wouldn’t be comfortable for coaches and team officials, as they don’t like long beards and will complain about it,” said Barth, a referee with experience in the Bundesliga.

He added, “I don’t really understand what it is about, what difference it will make or not to have a beard, this is a form of discrimination, as much as I want to run matches in the tournament, but I cannot accept that.”

She added: “The recommendation that Barth should not have a beard while managing matches was wrong, and he was apologized last April.”

And she continued, “Discrimination of any kind because of appearance is unacceptable, and no individual in the system, including referees at the highest level, can be restricted.”

Barth can now run matches in the European Basketball League with his beard, but his recent experience has been so difficult that it is very difficult for him, as he explained to the newspaper.

“Whether the system changes or not, we’ll see, but it’s important that everyone knows about it as well,” Barth said.