The City comes back and goes to the Champions League final. The crazy night of Real Madrid 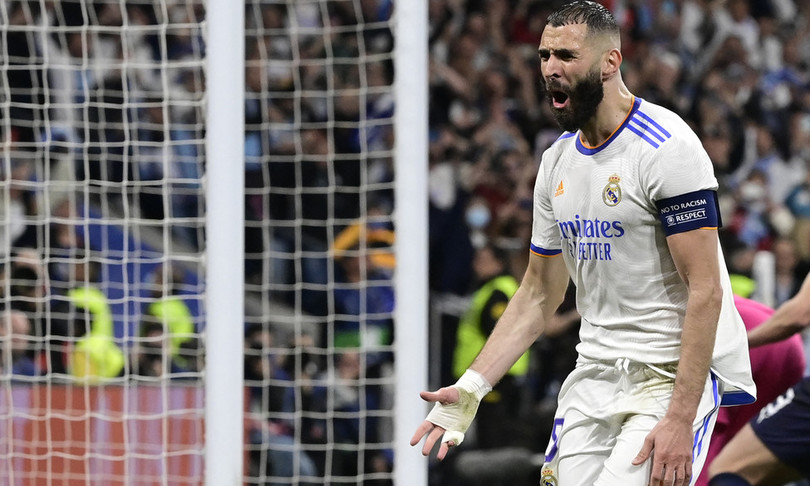 With a sensational comeback started in full recovery and completed in extra time, an extraordinary Real Madrid takes strength in the Champions League final against Manchester City. At the Bernabeu it ends 3-1 with Rodrygo’s brace (90 ‘and 91’) and Benzema’s penalty in the extra-time, which overturned Mahrez’s advantage with a quarter of an hour to go.

Mendy’s incredible save on the line will also go down in history after a shot by Grealish (it would have been worth the 0-2), just a few moments before the start of the ‘remuntada’. So on May 28, in Paris, it will be the irreducible team of Carlo Ancelotti to challenge Klopp’s Liverpool in the final. The Champions nightmare continues instead for Guardiola’s Citizens who throw away the chance to play the second consecutive final, after the one lost last year with Chelsea.

THIS. THIS IS REAL MADRID.

Compared to the crackling 4-3 for City that took place at the Etihad Stadium last week, the start of the match at the Bernabeu is quite blocked and reasoned by both sides. By virtue of the goal to be recovered, the blancos are the first to try to scare Ederson, initially with a header from Benzema and then with a southpaw from Vinicius, both oversized.

On the other side, however, Courtois thinks about saving Real on the conclusions of Bernardo and Foden addressed in the mirror. After a few seconds from the start of the second half, the Spaniards have a colossal goal ball with Vinicius, but the Brazilian wastes it incredibly in front of goal on an assist from Carvajal.

The game therefore remains balanced, but in the 73rd minute comes the twist signed by Mahrez, who pierces Courtois with the left-handed on Bernardo’s assist, bringing Manchester City forward. Cold shower for Madrid and the whole Bernabeu, with the blancos risking collapse a little later on Cancelo’s blow saved by the goalkeeper and on the attempt by Grealish incredibly rejected on the line by Mendy.

It seems made for citizens, but Real never dies and when time is up, he scores twice with the newly entered Rodrygo, which completely overturns the challenge and extends it to extra time. Not even the time to start the extra-time that arrives the episode that distorts the race even more: Benzema is mowed down in the area by Ruben Dias, Orsato concedes the penalty and the same French bomber achieves it with coldness by signing the 3-1 madridista synonymous with qualification.

The City is not there and with the last remaining physical and mental strengths tries to get back on track, but once again slams on Courtois who overcomes on Foden’s header, saving himself then on the next failed Fernandinho tap-in in front of goal. This is the last real thrill of the match, because in the second overtime in fact you never play: Real defends the advantage and takes the 17th Champions League final in their history.

One thought on “The City comes back and goes to the Champions League final. The crazy night of Real Madrid”