“No one expected us to play another final this year, and yet here we are,” Carlo Ancelotti says 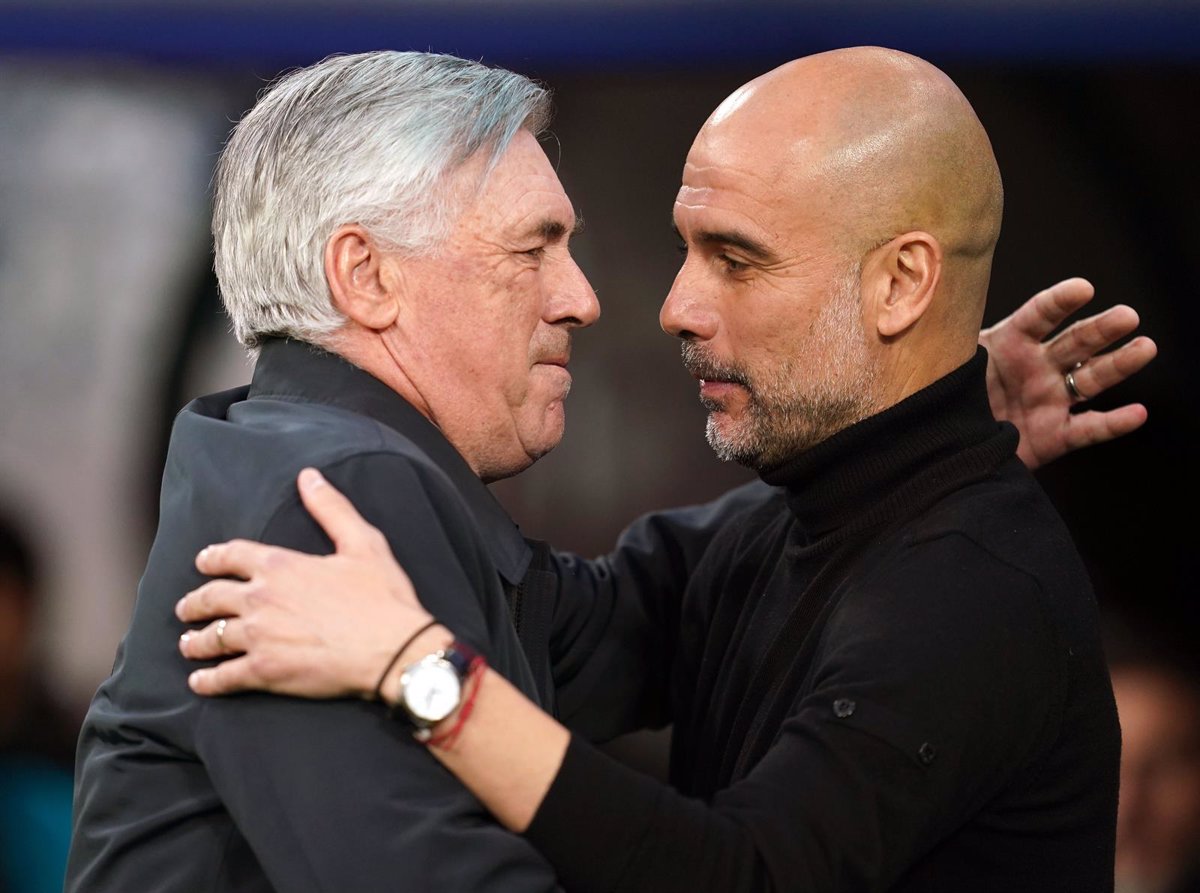 Carlo Ancelotti, Real Madrid’s coach, was “extremely thrilled” for his team’s passage to a new Champions League final, something “nobody expected” to happen this season and for which he credited his players for not giving up despite being down 1-0, public support, and “a little bit of luck.”

“I believe that explaining it is more difficult. When everyone thought the game was finished, a minor detail, a good combination, and Rodrygo’s goal were all that was needed. also wish you good luck “, Ancelotti said at a press conference.

The Italian witnessed his side “not lowering its arms” in a “very competitive battle against a very formidable adversary.” “It was more difficult after his goal, but we had sacrifice, energy, and the changes helped me a lot, and those who played have given everything,” he added.

“No one ever lowers their arms, but this is different. I want to praise the players who have performed admirably because the atmosphere is present, but quality must also be provided. Rodrygo has scored two goals, Vallejo has played five minutes and won all of the aerial balls, Ceballos and Asensio have made a sacrifice… Nobody predicted that Real Madrid would reach another Champions League final this year, but here we are “, emphasized the Reggiolo man.

In any case, he did not disguise the fact that “something weird happened” in their preliminaries for the European Cup, when they had “great nights.” “We’ve played against extremely strong clubs that were contenders for the Champions League at the start of the season, and now we’re up against another one. Much of the credit goes to the players and a crowd that never stops pushing, not just on the field but in the days leading up to it. There’s also the weight of the shirt, the club’s history, and the pride we all feel as members “He confirmed.

“The psychological side of extra time was crucial because when you are able to equalize in the penultimate minute, it is clear that City suffered a psychological breakdown since the final was slipping away from them. We searched for more energy with the 2-1, and then in extra time, we just had to control and defend well to avoid issues “, he stated regarding the use of extra time.

“For 70 minutes they played a wonderful game and did a fantastic job of pushing,” he said of Kroos, Modric, and Casemiro’s substitutions. “I expected it would cost them a little in the end, but I expected them to put more effort into it. The future is secure since these three will continue, and there are many talented young people behind them “the Italian remarked

Finally, Ancelotti expressed his delight at “playing another Champions League final” against “a terrific squad.” “Liverpool is a part of my past because I discovered it in the 1984 final (while at Roma), 2005, and 2007. I’ve been there for two years and it’s like a derby for me because I’m still an Everton supporter “The Madrid coach stated.

“Klopp is a fantastic coach; we’ve met several times and I have the highest regard for him and his squads. I believe the final will be excellent, with two teams with very different qualities and a very even score “He assured me.