We will make the fans happy, I think the right things are still waiting for us 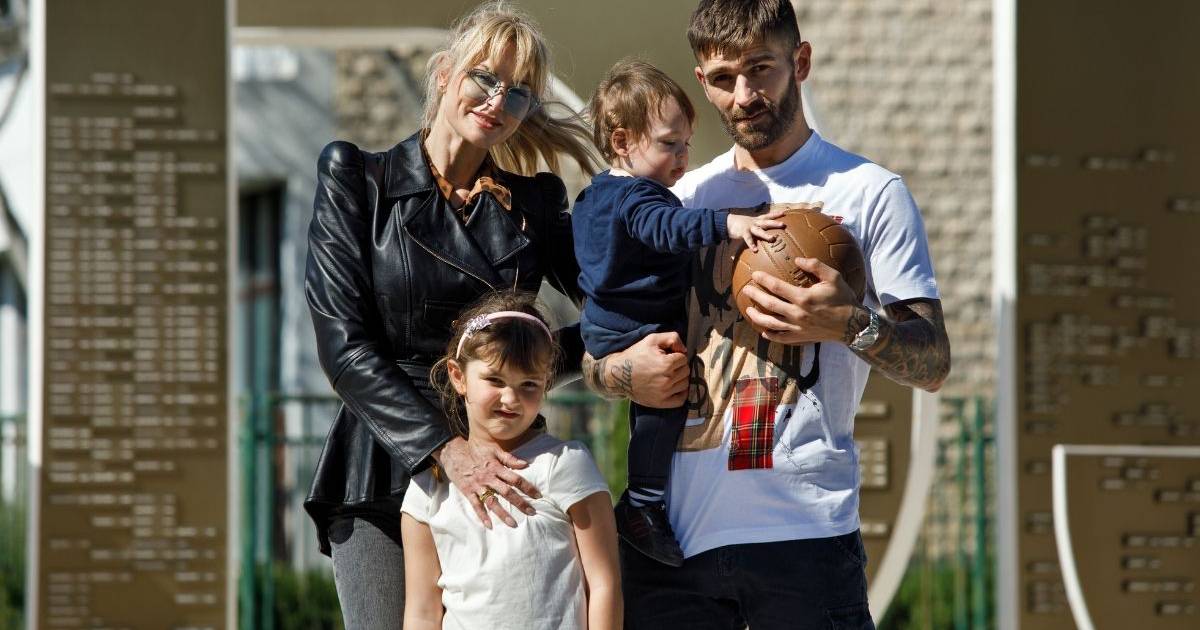 Marko Livaja, his wife Iris and their children Elizabeth and Lorenzo are the new “residents” of the For All Time Theme Park, bringing the entire Livaja family with thousands of fans, Torcida branches and the Hajduk Friends Association who supported the Naš Hajduk project.

– We didn’t talk much at all about the position where our names will be placed, it was just important to catch the place and that’s it. I am sure that the children will be happy when they grow up and that they will be proud to be a part of this story – said Livaja, and his wife Iris added:

– It seems to me that this is a completely logical sequence given that the husband is what he is. To me, his name really belongs here, and then me and our kids with him. This is one great idea and one very beautiful story that will stay for all time.

Marko and his family decided to return to their Hajduk, and today, with a gap of just over a year, neither he nor his wife, who was pregnant at the time, would change anything.

– Every decision that is made is my husband’s decision, as usual. I can only support him in that, as in every decision he makes. When we talked about it, when the story about returning to Hajduk started, I was pregnant, that situation with the crown and all that together, I was a little scared, but at one point he told me: “Don’t worry, be all will be well, be calm “, and that’s how it was. In principle, when we came here, we planned to come only for three months – Iris revealed and Marko added:

They openly say that they could not imagine the level of euphoria that Marko’s return to Hajduk will cause.

– Not at all. I knew that people followed him and appreciated him as an athlete, but in the end I could not have guessed that it would reach the level that people would send me messages and report that they offer us ceramic, taxi and other services.

For many years, Marko played football abroad in different countries, but all this time he followed what was happening at his club.

– It’s a different view of football, but I know roughly how these guys felt on the field. I have been following Hajduk since I was born, as well as all the people in Dalmatia. I hope it will be better than it has been these last 15 years. It is harder to follow from the side because you can still decide something on the field, and you can’t do anything from the side. It’s nicer to be on the field, it’s nice to be in the stands, but I don’t think any club has that experience while you’re on the field and we can be really grateful where we were born, what club we play for, what kind of fans we have.

That energy is what drives Hajduk’s top ten:

– Yes, it’s safe. I live in this city, I know a lot of people, I am driven by that energy, I love when we have fans with us.

At the same time, the family is aware that there is a great responsibility on his back.

– It’s harder because you know your people, mentality, language and a lot more information and the story reaches you. As much as we used to not want it and pretend to be strong, it somehow comes to us and touches you, you are still a man after all. I know what he is, a football player, it is his job, but I also know a lot of people in this city and I know how it is when you are upstairs and how little is needed – said Iris, and then Livaja addressed the fans:

– There have been ups and downs in these year and a half and I hope we will really make the fans happy. I think the real things are yet to come.