Germany, 3rd league: Eintracht Braunschweig in the elevator up 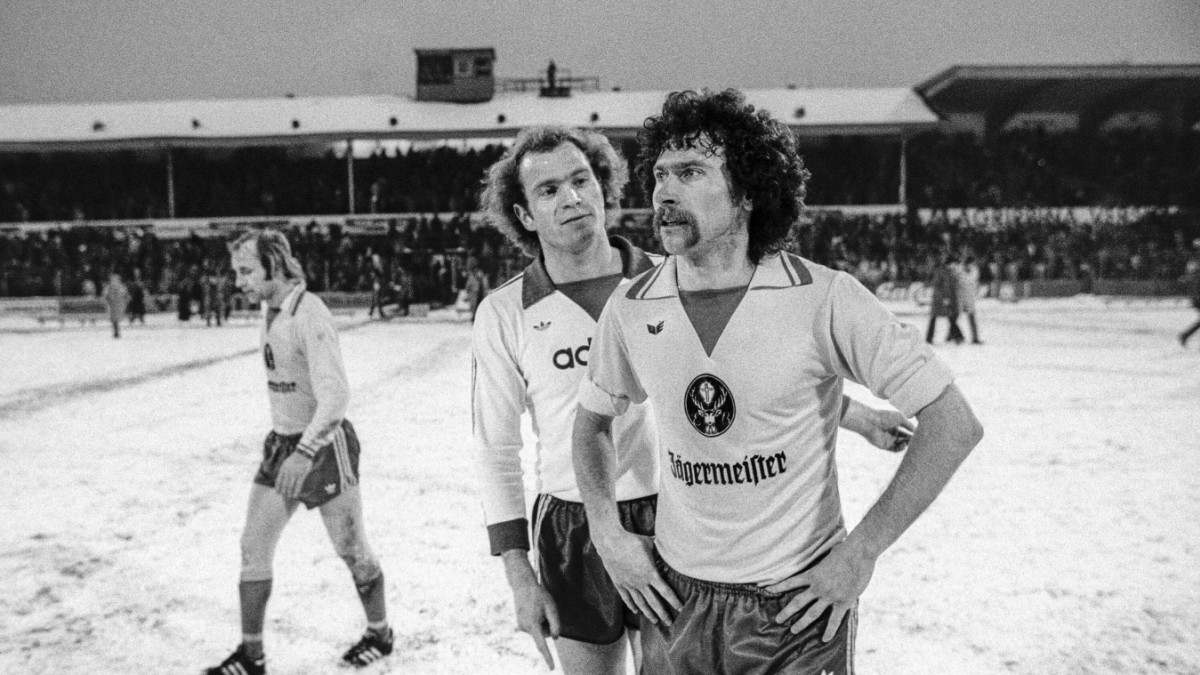 The internet never forgets. But that’s not a bad thing in this particular case, says Peter Vollmann, sports director at Eintracht Braunschweig. Vollmann is something like the gray eminence of the traditional club, he saw Eintracht rise and fall. And now, on a bright spring day, he is sitting in the Braunschweig office and remembers his television appearance in the “Sportclub”, almost exactly 20 years ago.

In the video snippet, Vollmann is wearing a rather moderately cut jacket, holding a vitamin drink with an exotic straw because of the hangover. The moderator wants to know right from the start how the party was. Eintracht had just made it into the second division at the time.

“It was sensational,” replied Vollmann. “It was a great feeling. You could see that something was building up.”

Vollmann is practically part of the inventory in the third division

The scene is now two decades old, but it has somehow remained relevant in 2022. Braunschweig are in a good starting position to return to the second division, like they did back then. The club has had some trying times, with crises, upheavals and disappointed expectations. Like back then. And Vollmann is to initiate the turnaround again, only this time not as a coach, but as the person responsible for the sports department.

Vollmann, 64, is familiar with the footballing borderline between professional football and ambitious amateur classes, because the third division is nothing else. He has spent half his life here, he was a coach at several locations, more than 500 competitive games are in his CV. So you can believe him when he locates Eintracht “on the right track now”.

As evidence of this, says Vollmann, the memory of what the legendary stadium on Hamburger Straße looked like not so long ago: the VIP area was a temporary tent in the parking lot, the stands were crumbling, there weren’t any once a heated training ground. Today everything looks a little more modern, the stadium has been renovated, the structures have been made more professional, the decision-making processes have been shortened. But in professional football, and that’s the problem, clubs are always in relation to other clubs. And they too have found ways to assert themselves in the industry.

Just looking at the Lower Saxony rivals shows how much the football landscape has changed. VfL Wolfsburg-Fußball GmbH, which is subsidized by a car company, is only 40 kilometers away. 70 kilometers in the other direction and you end up at arch-rivals Hannover 96, where they have been fighting for years against the 50+1 rule, which limits the influence of investors on clubs. Geographically, Braunschweig lies between Wolfsburg and Hanover. In terms of sport, however, it is becoming increasingly difficult to keep up with the neighbours.

The city of Braunschweig has 250,000 inhabitants, a strong economy, a strong research system – and the history of Eintracht also suited the vital location for a long time. The club is a founding member of the Bundesliga and champions in the extended modern era, 1967 under coach Helmuth Johannsen. During this time, the club was something like the experimental laboratory of German football capitalism. Modern jersey advertising was invented here in the 1970s, because the patron at the time, Günter Mast, stuck the deer logo of a liquor manufacturer that is now well-known around the world onto the jersey. Even sponsorship in the club’s name was considered at the time.

After all, the sporting present is fueling hopes in the region again. As the current second in the table, Braunschweig are above the internal two-year plan, which was drawn up immediately after the traditional club slipped into the third division a year ago. “There’s no good time to relegate,” says Vollmann, “but for a club like us, there couldn’t have been a worse time.” The comparatively high television money from the second division was eliminated, and the traditionally large crowds of spectators at Eintracht were slowed down by the pandemic. The result: the cost structure had to be drastically reduced. It was about stabilizing the overall construct.

In this effort, Vollmann also hired coach Michael Schiele last summer, who has the reputation of being a proven third-division expert. Schiele, 44, is a charismatic coach, he can develop a friendly bond with his players and stands for intense, powerful football. A necessity in the physical third division. The team, which was rebuilt after relegation, needed a bit to internalize this style, but it’s been going since the second half of the season.

On Friday, the Braunschweig team won 2-1 against 1. FC Magdeburg, who are already top of the table, and with seven wins from the past eight games, the Schiele team played in top form just in time for crunch time. A success this Saturday at SV Meppen (kick-off 2 p.m.) is enough for direct promotion.

In the Braunschweig office, however, there is at most cautious optimism. No wonder, because hardly any other professional club has been thrown through different realities in the recent past, it was mostly about nuances and wrong calculations. In 2013, the club managed the impossible, returning to the first Bundesliga. This led to wanting to make the impossible normal, with a bigger budget and some household names. In 2017 it almost went well, the Braunschweig team only narrowly lost to VfL Wolfsburg in the promotion relegation. Only a year later, they were relegated to the third division, and a year later the club almost crashed into the regional league. A near-death experience from which fans and the environment have not recovered to this day. Since then, Eintracht has remained a classic elevator team.

For a less shaky future, says the head of sport Vollmann, “continuity is the key”. This is not a sentence for which there are innovation prizes to be won. But he’s allowed to do that, because in the third division you get examples every weekend of how it’s better not to do it. The opponents are TSV 1860 Munich, 1. FC Kaiserslautern, MSV Duisburg or Waldhof Mannheim – all old traditional brands that had to fear for their existence at times.

Vollmann wouldn’t mind if he could soon say goodbye to these clubs.