Roma – Leicester seen by the commentator who will comment on it 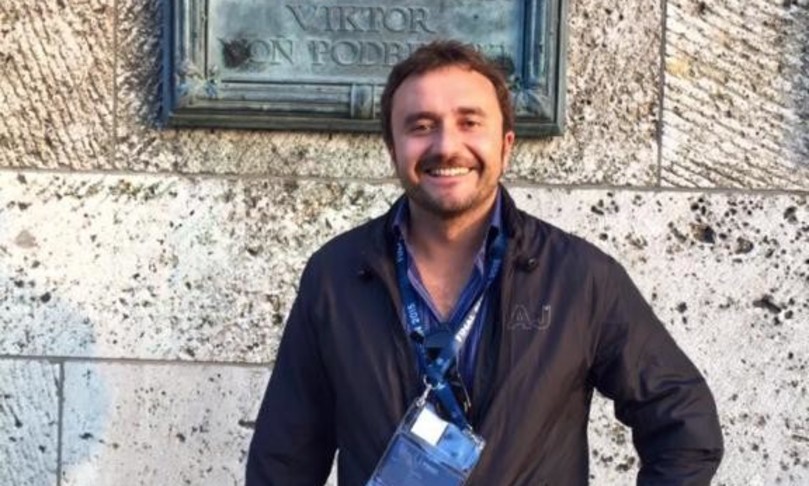 “Roma must be more aggressive and attentive to restarts. Leicester is a fast and chameleonic team, but it is in its ropes, it can beat it ”: this is the thought of Riccardo Gentile, the Sky commentator who will comment on the Conference League semi-final scheduled for Thursday at 21 for Direct Goals.

“A prediction? It’s difficult, it’s 50 and 50, maybe Roma has something more than Leicester because he is lucky enough to play it in front of his audience “, observes the commentator in reference to the Giallorossi fans who are talking about nothing else these days:” It is a good sign for Italian football, which needs passion and its fans, it’s nice to hear that the Covid period has left the desire to go back to the stadium and spend an evening together “.

“Roma have recently represented Italian football very well in Europe”, he stressed, “they reached this semifinal by exploiting their superiority both in the group and in the knockout matches, with opponents within reach, including Bodo, who are it is then ‘downsized’ in the second leg of the quarter-finals “.

The first leg last Thursday at the King Power Stadium in Leicester ended with a comeback draw by the English, after Pellegrini’s advantage in the first half. “The bar has been raised with Leicester”, observed the sports journalist who follows national and international matches for Sky, “Roma were not very aggressive in the decisive moments, when they could sink and close the qualification almost completely“.” He had the chance to double but he didn’t succeed “, comments the 44-year-old Roman journalist,” the draw was a fair result. Now the qualification is in the balance and balanced “.

Roma will have to renounce Mkhitaryan due to a flexor injury sustained in the first leg: “It’s a heavy absence, he’s from another category, he managed to be incisive because he has a quality of thought and feet that goes beyond , even in the construction phase and in serving the attackers ”. In place of the Armenian attacking midfielder, there will be Sergio Oliveira, who took over in the resumption of the first leg, alongside Cristante: “Oliveira has sometimes given contradictory answers since January, on other occasions it has been quite effective and incisive. He has the advantage of having already played such important games with the Porto shirt, so he can make up for his lack of physical strength and speed “.

According to Riccardo Gentile it will be a game full of pitfalls “Leicester must fear some players who can overturn the action, for example I really liked Barnes who took over in the second half in the previous match”. “Maddison is a talented player even if he is not in shape; better Iheanacho, rather than Vardy, not yet 100% “, he adds.

What are the biggest risks on the road to the final in Tirana on 25 May? “Roma must avoid restarting because Leicester is a fast team, which knows how to play in various ways because Rodgers has been able to alternate playing forms and attitudes, it is a chameleonic team”. As the Sky reporter recalls, “the European final would also be a great event for Mourinho in his first season, and would take Roma where they are missing from the 91st minute, the last European final in the Uefa Cup won by Inter. But Leicester is in his ropes, there is a chance to beat him “.

“Mourinho certainly brought a better defensive phase and the numbers testify to this, the ability to keep a clean sheet”, explains the commentator, “certainly Fonseca’s was a more beautiful Rome than the one Mourinho showed us, it was more spectacular, it created many scoring chances, but not waterproof in defense “.

“Mourinho at Roma has changed his mentality a lot, which he did not have before”, Gentile underlines, “if Roma were at a disadvantage, did not react in the right way, were discouraged too easily or it was enough to make a mistake to think they had compromised the game. In this season the team has character, can win back matches at the end, has stubbornness, the ability to believe in it until the end, and it’s the manager’s credit as many are the same players as last year. Maybe it took Mou longer to find a square, some real certainties, but then he found them, and they are important for next season. ”

“Obviously there is something missing because we are talking about a fifth place in Serie A, but it seems that the reconstruction work that was in Mourinho’s mind is at the right point”, is the analysis of the commentator Sky. And what better occasion to prove it? “This could be a stimulus to improve further, starting from that trophy that Mourinho can hope to raise”