Europa League: Leipzig was about a lot, Glasgow about everything 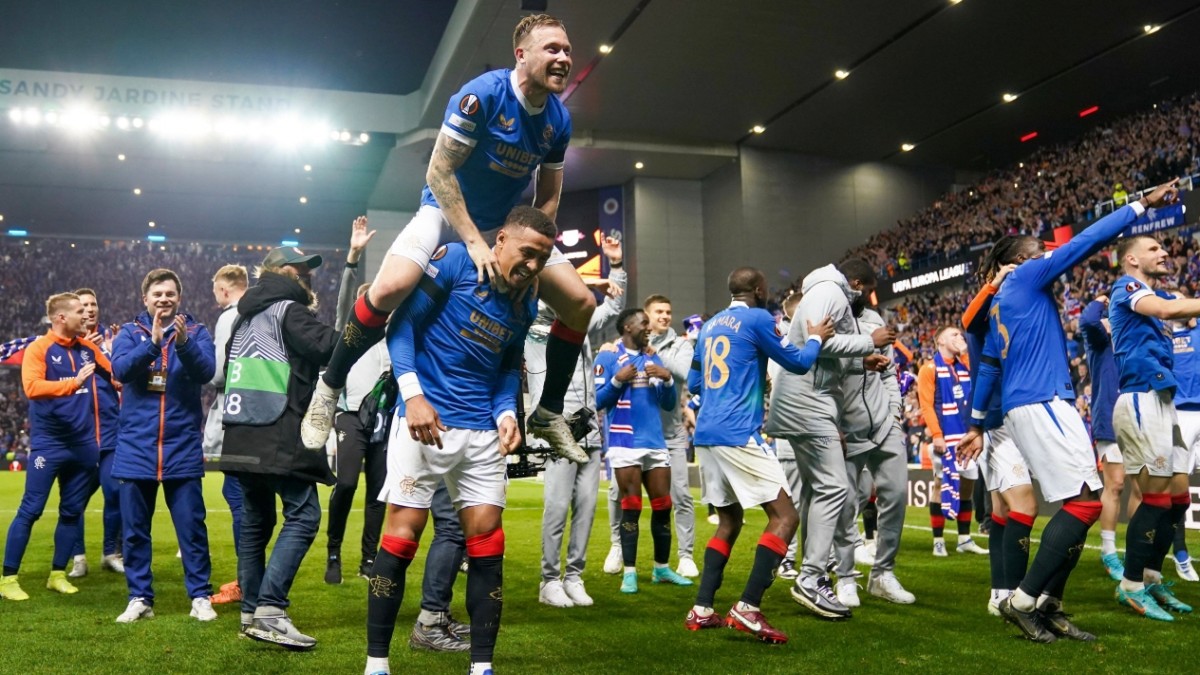 There were a lot of little anecdotes on Thursday evening that illustrated why RB Leipzig was shipwrecked at Glasgow Rangers. And thus gambled away the entry into the Europa League final in Seville. For example, the scene that happened when the Rangers’ 3-1 victory had long since entered the bulging history book. And in Ibrox Park the fact was celebrated that the Rangers, a 55-time Scottish champion, can look forward to their finest hour since winning the European Cup Winners’ Cup in 1972, in other words: a win in the final of Seville against Eintracht Frankfurt – in the year the club’s 150th anniversary.

Leipzig’s club boss Oliver Mintzlaff spoke on the sidelines of the “great emptiness” he felt; the Rangers professionals had embarked on a lap of honor; All sorts of hits from the 1980s, which were adapted by the Rangers fans, roared through the speakers, when a handful of doubly disappointed RB professionals were ordered to work to rule again. Director Emil Forsberg, defender Mohamed Simakan, youth player Hugo Novoa and a few other players had to go to sea. Under the boos of the completely unsecured Rangers fans, who didn’t even want to let go of their opponent when he had long since been motionless on the ground and the ball was no longer rolling.

Which only fitted in with the previous 90 minutes, which was a mere invitation to develop new superlatives to describe the atmosphere in a football stadium. “There are better moods,” Leipzig coach Domenico Tedesco said the previous week in view of the ambience in the Leipzig Arena, and truly, he could see himself confirmed. “This backdrop was electrifying. It was insane. It was the best thing I’ve ever experienced,” said Tedesco after his team gave up the 1-0 lead from the first leg and made it 2-1 after the goal Christopher Nkunku (70th) could not save in extra time either. John Lundstram fired in a 3-1 that smacked of glory in the 80th minute. James Tavernier (18th) and Glen Kamara (24th) had previously scored for Rangers.

In any case, the difference in mentality between the two teams was striking

Nobody who was there in the stadium will be able to deny that the Rangers had played in twelve or thirteen against eleven overstrained Leipzig. The twelfth man was Jimmy Bell, the Rangers kit man who died Tuesday at the age of 69. He, the club legend, was thought of with emotion before the game as if he had been Maradona. The 13th man was the 50,000 at Ibrox Park who left no doubt that they would do anything to make the trip to Seville. In this case everything means: everything.

And it’s not a huge exaggeration to say it was a stadium of legal and illegal drugs. Flasks with schnapps were placed in the urinals; and visitors from Germany who were involved in discussions were offered the opportunity to take part in the round of coke as a matter of course. Basically, Leipzig only had one chance: When a smoke bomb landed on the lawn after the 1-0 lead – and the stadium management placed a ticker on the scoreboard: If another missile landed on the field, the game would be stopped, the warning read. Surprisingly, it didn’t get that far.

In view of this ambience, the frugality expressed by Leipzig coach Tedesco the night before was even more striking. Tedesco had argued that even if you were to lose every game that was left until the end of the season, you would still have to speak of a super season. Which is true insofar as Leipzig was in a major crisis when Tedesco came at the end of last year. But it was the wrong message.

Leipzig is now threatening to slip away from the season

In any case, the difference in mentality between the two teams was striking. Here are the Rangers, determined to do anything, with the Estadio Ramón Sánchez Pizjuán (May 18) looming on the horizon. There a group interspersed with altar boys. “It’s not enough for a semi-final,” said club boss Mintzlaff. The people of Leipzig were, of course, very concerned. The Scots for nothing less than everything. And that was the difference that made up for Leipzig having the better footballers from one to eleven.

The season is now threatening to slip away from Leipzig. In the Bundesliga, the club has slipped to fifth place in the table after two defeats in which Tedesco, like in Glasgow, missed physicality and aggressiveness. There are still games against Augsburg and in Bielefeld to come. Should Leipzig miss the Champions League, it will become more difficult to keep players of European caliber at the club. Even if Leipzig should win the cup final against SC Freiburg on May 21st.