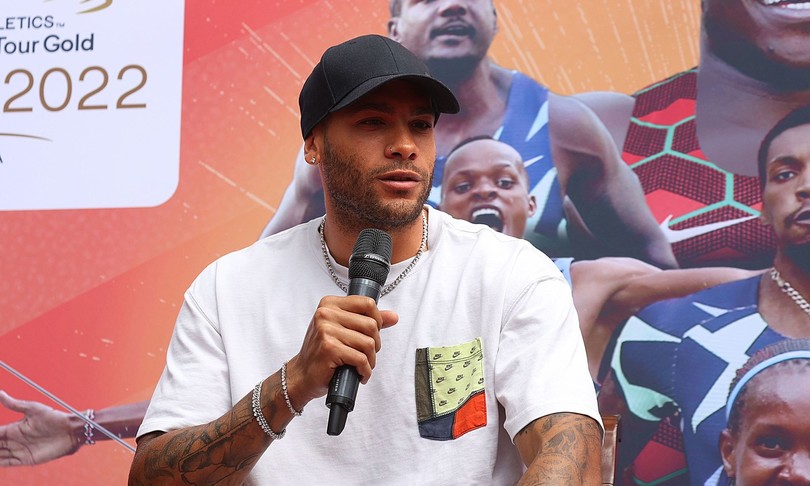 “I want to go as fast as I’ve ever run before; it’s crucial to get off to a good start.” Marcell Jacobs, an Italian Olympic gold medalist in the 100 meters, agrees.

“I’m only here to win,” says Fred Kerley, an American who won Olympic silver in the 100 meters last August 1st.

On the eve of what has already been dubbed the “Olympic rematch,” a question and answer session was held today at the pre-match press conference.

279 days have passed since that magnificent, momentous, and unforgettable day for Italian athletics – which included Gianmarco Tamberi’s ex aequo gold in the high jump.

The next round of high-tension, but above all high-speed battles between Marcell Jacobs and Fred Kerley begins in Kenya, a country more known for intermediate distance gazelles than centometrists.

Tomorrow at 17.55 a.m. in Nairobi (16.55 a.m. in Italy), the Olympic champion and his deputy will aim to take advantage of the high ground effect on the final straight of the ‘Kasarani’ stadium, renamed ‘The Home Of Heroes’ (‘the House of Heroes’). Jacobs, the new 60m indoor world champion, promised to sprint like he’d never run before at 1800 in Nairobi.

Does this imply that the incredible 9 “80 of the Tokyo final could be counted? Who can say? The mental approach, the physical condition of the 27-year-old sprinter from Desenzano del Garda, and the weather conditions will all play a role (the risk of rain is not excluded). There will be one.

Of course, better that amazing time trial from the first race, which is also a European record, would guarantee ‘fireworks’ all summer long in 2022.

Jacobs and Kerley have only encountered twice in their careers, in Monte Carlo and Tokyo, both last season and both won by the Fiamme Oro sprinter trained in Rome by Paolo Camossi.

Jacobs and Kerley will meet on May 28 in Eugene on the track that will hold the World Championships in July, and on June 9 in Rome for the ‘Golden Gala – Pietro Mennea’.

Other speed great names will be on the starting blocks for the Nairobi 100 meters. In lane five, Jacobs will be joined by Kerley on his right, in lane six, and the host Ferdinand Omanyala, who set a new African record with 9 “77 in the ‘Kasarani’ in September.

“No one can catch me if I get a strong start,” the Kenyan remarked today. Another blue will be in the third lane, Filippo Tortu of Brianza, who held the Italian record with 9 “99 in the 100 meters before the hurricane Jacobs.