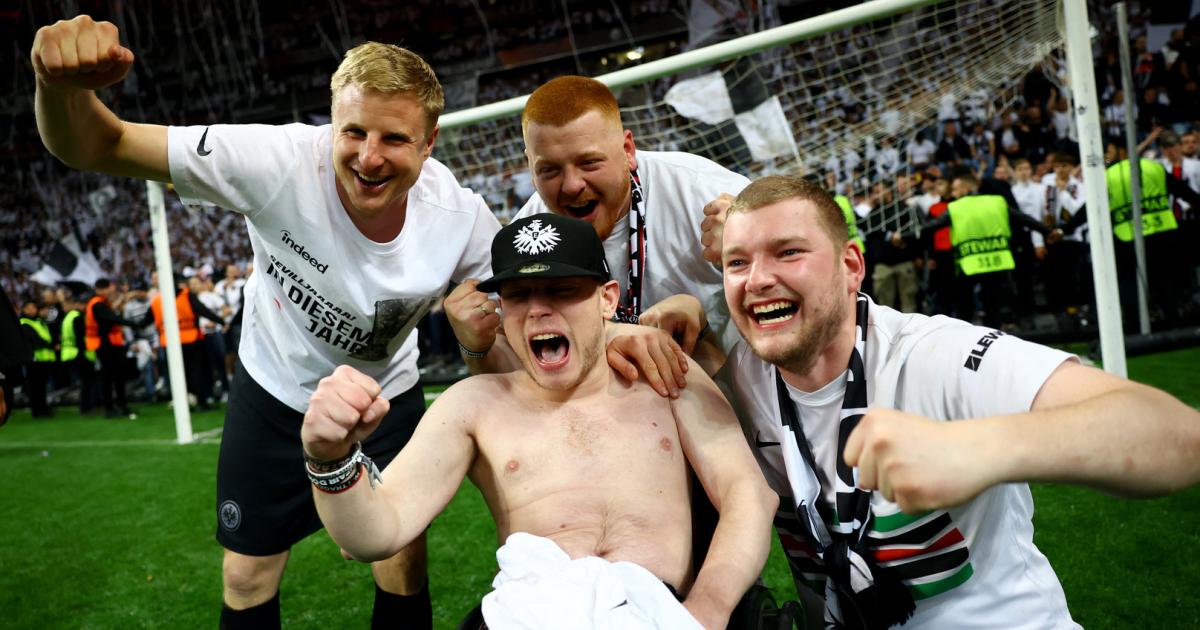 Cheering in red-white-red: An Austrian is involved in each of the three final games in Champions, Europa and Conference League.

An Austrian football club has been in a European Cup final four times – Austria Vienna, Austria Salzburg and Rapid twice played in a final. Rapid’s performance in 1996 will probably have been Austria’s last. If so, then only Salzburg will make it (sensational in 2018, at least in the semi-finals of the Europa League).

Austrian coaches were on the bench in two of the four finals – Hermann Stessl (1978) at Wiener Austria and Ernst Dokupil (1996) at Rapid. But only two Austrians made it into finals as coaches of foreign clubs – Max Merkel (1965 with 1860 Munich) and of course the legendary coach Ernst Happel. He won the European Cup with Feyenoord Rotterdam (1970) and Hamburger SV (1983) and was in a European Cup final three more times.

Happel’s heir is now Oliver Glasner. The 47-year-old is only the fifth Austrian coach in a European Cup final. “I’m hugely proud of us. We’re going into the final unbeaten, so we deserve it,” he said. His Austrian predecessor at Frankfurt, Adi Hütter, failed in 2019 in the semifinals by the eventual winner Chelsea.

At that time, Martin Hinteregger’s dreams of the final were shattered after he was denied by goalkeeper Kepa in the penalty shoot-out. Three years later, the central defender qualified as one of three Austrians for one of the three finals of 2022. Frankfurt plays against Glasgow Rangers, but without Hinteregger.

The Austrian suffered a muscle injury on Thursday and was then euphorically celebrated by the supporters. On Friday, however, came the diagnosis that means the end of the season.

Hinteregger was a key player on the way to the final – as was David Alaba at Real Madrid. He hopes to be fit for his third appearance in a Champions League final. Twice he was not in the squad for a final, twice he played and won.

The third, who made it into the final, was born like the other two in 1992 and is the chief of defence. Gernot Trauner only went to Feyenoord Rotterdam in the summer and can now play in the final of the Conference League. Feyenoord was the first Austrian ever to play in a European Cup final. Eight legionnaires were to follow, who were used in eleven finals.

The then 25-year-old won the 1970 Champions Cup with Feyenoord 2-1 against Celtic Glasgow.

The Viennese lost his finals with FC Brugge. 1976 in the UEFA Cup, 1978 in the Champions Cup against Liverpool.

The Goleador scored against Düsseldorf and won the 1979 cup winners’ competition with Barcelona.

Eintracht Frankfurt also had an Austrian defense chief when they last had a great success: Mönchengladbach was beaten in the 1980 UEFA Cup.

The goalie lost the 1998 Cup Winners’ Cup final with Stuttgart against Chelsea.

He was the last finalist ahead of David Alaba. The defender lost with Bremen in the 2009 UEFA Cup final 1-2 aet against Shakhtar Donetsk.

The Real finalist played and won the Champions League with Bayern Munich in 2013 and 2020.

A unfortunately non-finalist like Hinteregger is teammate Stefan Ilsanker, who played for Eintracht Frankfurt in the fall but was no longer nominated for the European Cup squad in the spring. David Alaba was also not in the squad for the Champions League final in 2010. In 2013, Alaba was suspended after a yellow card in the semifinals of the Munich final.

Wolfgang Feiersinger was only allowed to follow Dortmund’s Champions League success against Juventus Turin in 1997 from the stands. And Marko Arnautovic was under contract with Champions League winners Inter Milan in 2010 but was not used in any games.

Martin Harnik (Bremen 2009) and Alexander Manninger (2000 in the UEFA Cup final with Arsenal) were allowed to follow a final on the substitutes’ bench. Andreas Herzog was once in the stands and once on the bench for Bayern in the 1996 UEFA Cup final against Bordeaux.