Swedish KHL star escapes from Russia across Finland – I will never step on my feet to Russia again, says Lucas Wallmark 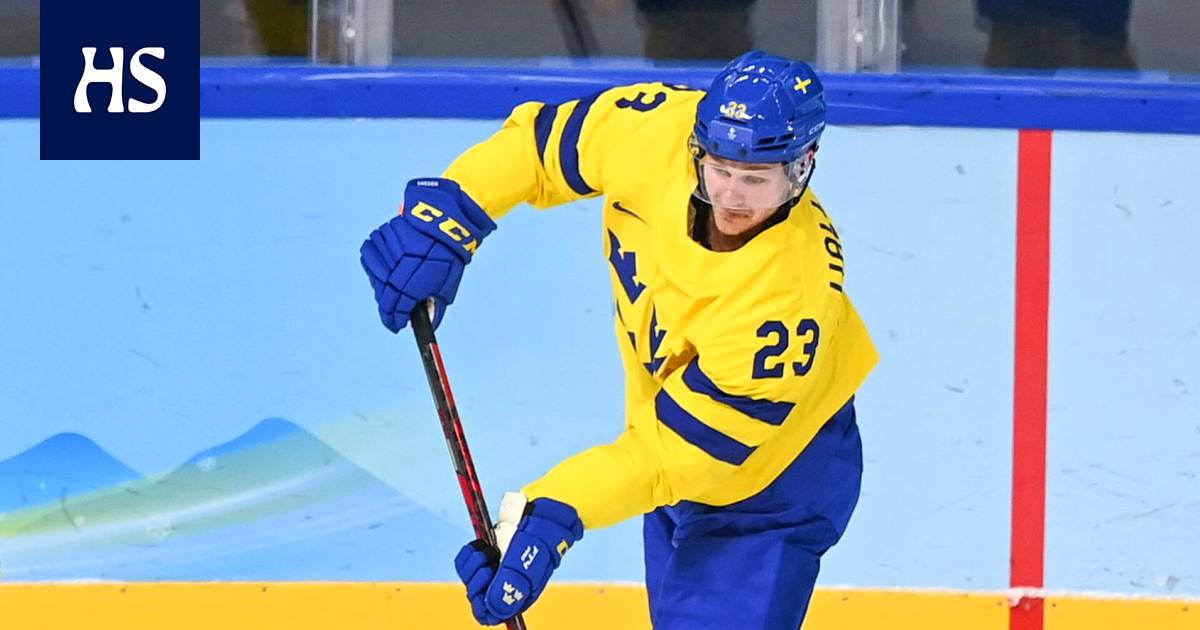 Lucas Wallmark got home from Moscow via St. Petersburg and Helsinki. As a travel companion, he had another hockey player, Joakim Nordström.

Hockey League A Swede who terminated his contract with Moscow’s TsSKA, which played in KHL, soon after the Russian offensive war Lucas Wallmark has spoken for the first time about his escape from Russia.

A 26-year-old striker said in an interview with the Swedish newspaper Expressen on Friday on how to get home from Moscow. Finland plays a key role in the story.

Wallmark and his teammates Joakim Nordström traveled home via St. Petersburg and Helsinki. The escape began on March 4, just over a week after Russia invaded Ukraine.

“Thence [kotimatkasta] became much more complex than usual. We went by train and car, and actually traveled through Finland. I have to praise ‘Jocke’ (Joakim) for booking the train and car really fast, ”Wallmark said.

“We went by train from Moscow to St. Petersburg, from where we continued by car to the Finnish border and Helsinki. It took time, but it was nice to travel with Jocke. We had each other, and it felt safe to get home that way. ”

Moscow TsSKA is a team of the Russian Army Central Sports Club, owned by the state oil giant Rosneft. The club’s ties with the Russian government are close.

Before the Swedish duo’s contracts were terminated, TsSKA played a practice match against their local opponent Spartak and the first two playoffs.

In the Spartak match, a banner with the text “Putin – our president” hung behind the TsSKA exchange bench.

“That banner was a shock,” Wallmark said.

Expressen asked Wallmark if his Russian teammates said anything, condemned the war, or praised Vladimir Putin and Russian action.

“No one praised it, and they were very careful when it came to it. When we were in the hall, we said virtually nothing about the war. I mostly talked about it with Jocke because we were going home, ”Wallmark replied.

Wallmark and Nordström called their agents when it emerged that bloodshed had not been avoided during the Russian invasion. The club did not oppose the termination of the agreements.

The Swedish striker said he was scared in those days. In the evenings, a variety of thoughts swirled in the head of the hockey player as he sat alone in his apartment.

“Should I be there, play hockey and think it’s the funniest thing it is? Those pieces didn’t go together, the puzzle didn’t suit me. I just wanted to get out. ”

Wallmark’s and Nordström’s agreements with TsSKA were in force until the spring of 2023. Wallmark confirms to Expressen that it will lose approximately SEK 10 million, or almost EUR 1 million, from the termination of the agreement.

“It’s a financial blow to us, but on the other hand, we give up money to show our position. This is nothing compared to the fact that Ukrainian children and families are currently suffering. ”

Wallmark stressed to Expressen that he did not want to overemphasize his financial sacrifices. He said he was able to keep the money he earned during the 2021–2022 period.

In the NHL Wallmark, who hockeyed before his CSD season, spoke about his experiences in Russia a few days ago.

The Swedish broadcaster SVT released Wallmark interview this Monday. The attacker said much the same things in that interview as he did to Expressen.

Of his own future as a hockey player, Wallmark revealed only one thing.

“I will never step in there again [Venäjälle] on my feet. That’s all I can say. Now is the time to fight the war, ”he told SVT.

Wallmark told Expressen that he was moved by the praise that people remembered him and Nordström after the interview with SVT.