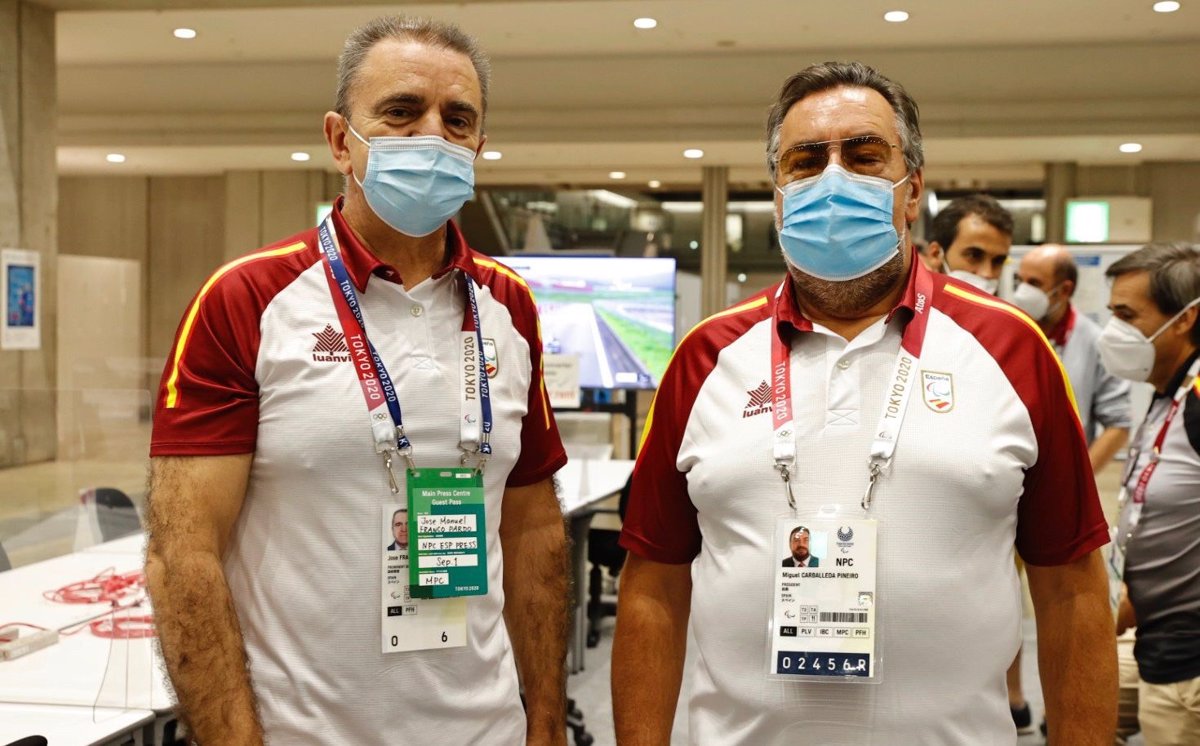 The president of the Spanish Paralympic Committee (CPE), Miguel Carballeda, acknowledged that they are “very, very satisfied” with how things are going at the sporting level at the Tokyo Paralympic Games and for being “so close to matching” already the 31 medals from Rio de Janeiro, despite the “scare” they had at the beginning due to the uncertainty about how the rest of the countries were.

“The medals are coinciding a bit with the forecasts, but I assure you that the scare we had when we started because we fear how the rest of the countries would come because we did not have excessive information,” Carballeda told the media who have traveled to Tokyo.

The leader celebrated having “hit” with the concentrations in the five ‘bubbles’ “to ensure that all the athletes were here, which was the most important thing.” “Being four medals away with five days remaining to match the Rio brand makes us very, very satisfied because you are always afraid that there will be some debacle,” he said, emphasizing that “although there has been a downturn in some sport,” the team as a whole team is going to “give them a joy”.

Anyway, he clarified that “behind the medals there are so many important things”, giving as an example Ricardo Ten and his “honor” for wanting to continue in the time trial on Tuesday despite falling after suffering a blackout due to the heat. “That says a lot. Sports is that, representing this country is that and more in these moments in which people are going through it and having a hard time due to the pandemic, that is the message,” he stressed.

On the other hand, after Teresa Perales’ words the other day after winning her twenty.seventh Paralympic medal, ensuring that there were people who had recommended that she not be injured in Tokyo, she made it clear that “there has been no questioning” of the Aragonese. “He has told me that he is going to give everything in his ability and heart to get a medal and match Michael Phelps, which sounds good, and then we will have Paris,” he said.

“From the CPE they spoke with her to take all the precautions so that we did not do something improper because you can load your shoulder forever and because our obligation is to help in these matters. Fortunately, she has a medical team behind that has already planned the operation. off his shoulder after the Games, “he added.

Accompanied by the president of the CSD, José Manuel Franco, Carballeda stressed that he has spent his entire life “asking for all people with disabilities”, and thanked the leader for being with them and for an “involvement that is not new.” “Along the way we find people who understand it better and others who find it difficult, which are the mental barriers, which are the worst,” he explained.

“There are others who look very good to the media, but when there is a need they look the other way and this has not happened now. We have increased our budgets in an extraordinary way when things are not enough and we are going step by step. But it is not only a question of money, but of dignity and equal treatment, and in Paris it will be an ideal time for full equality, but now we are taking steps appropriately, “said the president of the CPE.

Carballeda insisted that “it has cost them a lot to convince many people” and that sport, “something beautiful”, helps them “to change things and send a message from the Games”, while he did not hide that “it is not easy “to get young people out.

“Asking them to train five or six hours in something specific is becoming difficult and every time a young man comes out, try to take advantage of it and have a better future. This Tuesday we had four new medalists, people of the future who are going to ensure that the Paralympic sport continues to maintain that spirit, “he said.

In this sense, he believes that the Promise Teams “are working perfectly.” “But we want to do more, work with the communities to take care of these issues, but some things are very, very difficult and I am concerned that for Beijing (Winter Games) we are running out of athletes and we have to try to get very young kids out of the mobile phone and computer and help them learn to descend 100 km / h down a mountain. It is not easy, but we are working on it, “he remarked.