Alcaraz beats Nadal, it’s not just the first victory but a rite of passage 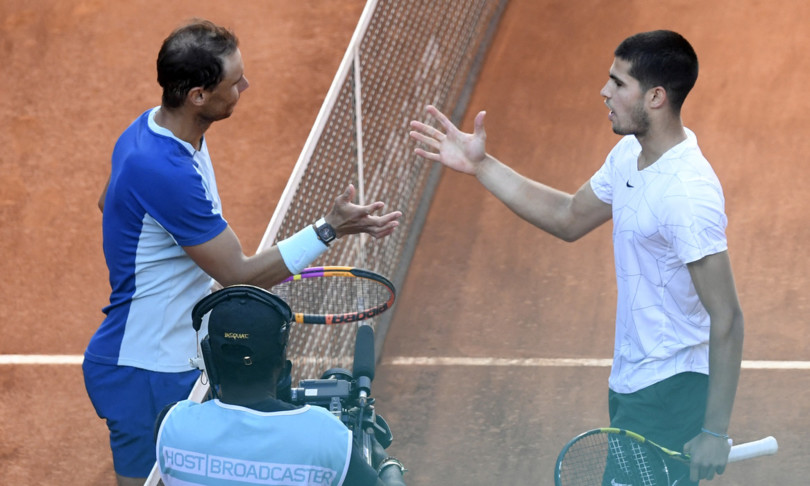 Two short balls, but very short, one backhand and one forehand. A serve & volley. An absurd passerby on the match point. These are the four shots, spectacular and at the same time lethal, with which Carlos Alcaraz played the game that led him to beat Nadal in the quarters in Madrid. It had never happened before.

At the age of 19, Alcaraz embarked on the rite of passage which in fact handed him over to the role of future number 1 in Spanish tennis and, just a little while later, to that of world number 1.

Sacrament of Communion, bar mitzvah, military service, high school exam, dissertation defense: rites of passage are no longer fashionable in our times but there are not a few sociologists who argue that those “passages”, or at least some of them, are still fundamental today to schedule the growth of the person. Let alone for a tennis player.

Even at the end of a “strange” match interrupted by a fall by Carlos (which caused him damage to the ankle and thumb of his right hand) and by a stop of nine minutes necessary to rescue a spectator who had felt ill, the nineteen year old murciano yesterday took the real step he needed to grow up.

Almost never in the history of tennis has a young aspiring king had and been able to take advantage of the opportunity to directly beat the former ruler who was a compatriot and, above all, was as powerful as Nadal.

To say: the Swede Wilander, who would then have won eight Slam titles, played against his compatriot Bjorn Borg, just before the first retirement of these, in Geneva in ’81.

But Mats was a kid, Bjorn was still Bjorn and he gave him two games. Not the same.

Alcaraz yesterday received from Rafa the embrace of whoever hands over the keys to the castleof the crusader knight who, in the third film of the Indiana Jones saga, assists him in choosing the Grail, the cup that contained the blood of Christ.

Of course: Rafa in recent weeks, fresh from a rib injury, is not the one who won in Melbourne, just to stay in the current year.

This Rafa has in the 14th title at Roland Garros (and 22nd in the Slam) his seasonal goal, probably the only one.

Everything that comes first (including Rome) is a preparation for that attempt. But the meaning of what happened yesterday remains: Carlos Alcaraz, as well as being the leader of the ultra-next-gen generation (Rune, Musetti, Sinner, Draper, Lehecka) who risks overshadowing Zverev, Tsitsipas and associates very soon yesterday from his tennis father the investiture that no one else could have granted him.

He is already virtually seven of the world, in the semifinals at the Caja Magica he will find Djokovic. Carlos Primero is definitely, from now on, something more than a cognac.