“It’s a relief from Alcaraz, we’ll see if from today” 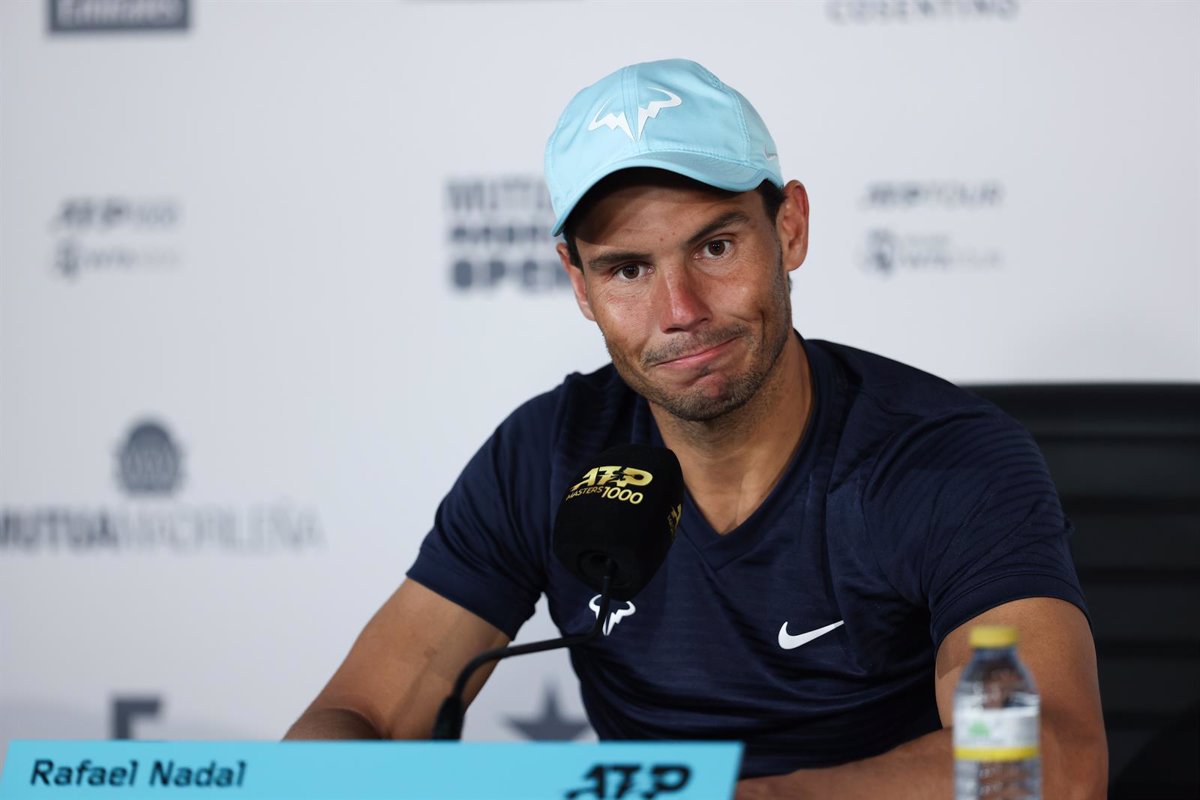 “When the adrenaline goes up, it’s unstoppable”

The Spanish tennis player Rafa Nadal explained as “logical” his defeat against Carlos Alcaraz this Friday in the quarterfinals of the Mutua Madrid Open, since the young man from Murcia is one of the “fittest players in the world”, while he arrived unprepared to the Spanish capital for his broken rib six weeks ago.

“I congratulate Alcaraz. Obviously he is a relief, one is 19 and the other almost 36 years old, he is a relief. If it is from today or not, we will see it in the months. I am happy for him, he has been better than me in various facets of the game. I need to improve as I have been speaking these days. It is nothing that does not fall within the logic and is accepted, “he said at a press conference.

The generational duel between the champion of 21 ‘greats’ and an Alcaraz in tremendous progression last year, Nadal was uphill from the first set. “I have to hit the ball deeper, turn faster with the ‘drive’, speed and dynamism, it improves with days and games. I have played three games, I arrived with no preparation. I have lost with one of the most in the shape of the world, and I’ve had my options,” he said.

“There is a path to follow to give me opportunities in Paris. It is an easy defeat to digest, I do not take credit from Carlos, he is playing well and I wish him the best for the tournament. When you arrive with a positive dynamic, every moment is easy to fall on one side out of habit and automatisms. He wears it more than me and on top of that it is very good. It was something logical, “he added.

Regarding his intention to refine his game and physique with a view to Paris, Nadal confessed that he can draw few conclusions beyond the fact that he now has less than three weeks of preparation. “You can’t analyze that much. It’s a tournament far from Roland Garros because of the conditions, because of the height. It was clear to me that I didn’t want to start playing in this tournament because it’s the most complicated of all. I was hoping to start in Estoril and I didn’t I could risk,” he explained.

Nadal valued the semifinal between Djokovic and Alcaraz. “One of the best in history against a young man at a very high level. Djokovic has a little more extensive background than I have. Carlos can win perfectly. It is true that he cannot have the slump of today’s second set “When his adrenaline goes up, he is unstoppable. Then he makes mistakes because he plays with risks, it’s his way of playing, he has the level to beat anyone,” he concluded.

One thought on ““It’s a relief from Alcaraz, we’ll see if from today””