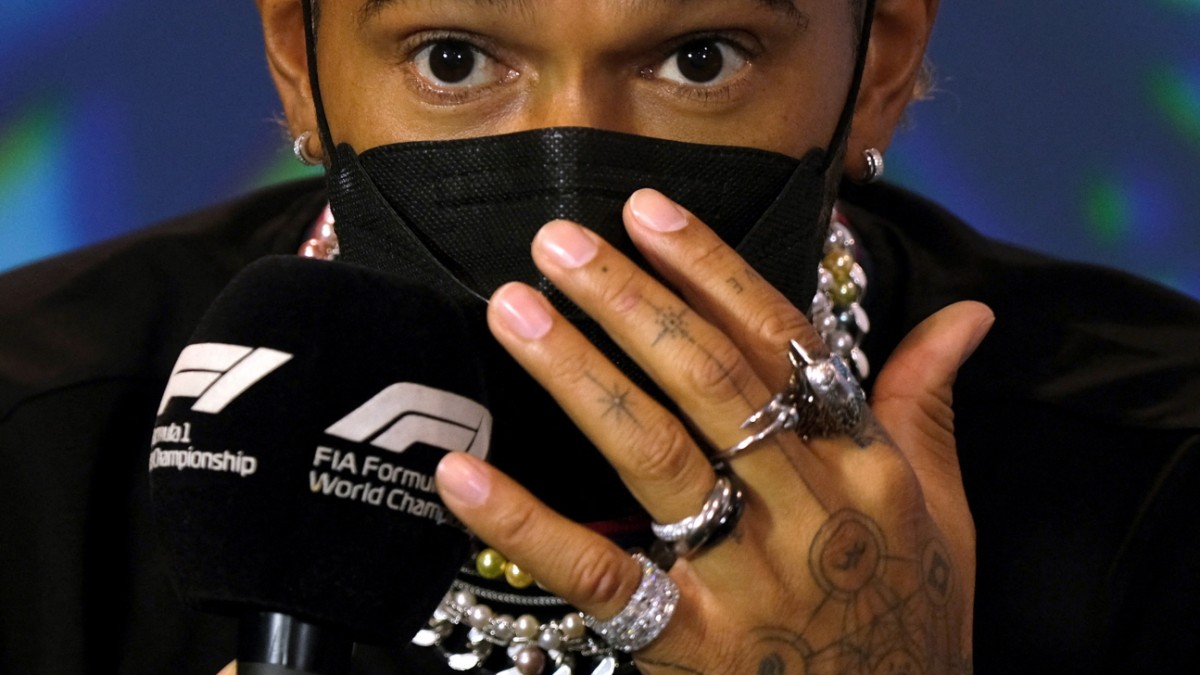 He was playing golf at the start of this race weekend in Miami, when everyone was suddenly talking about Lewis Hamilton’s piercings, necklaces, and rings. With the spectacular football player Tom Brady. The meeting was a no-brainer. That’s where the two most successful athletes in their respective sports meet to play a round of golf together. Furthermore, if Formula 1 is held in the United States, the racing drivers will undoubtedly encounter all of the other famous athletes who reside in the vast country.

The Miami Marlins were thrown a couple baseballs by Max Verstappen and Sergio Perez. In a restaurant, Pierre Gasly met basketball player Michael Jordan, with whom he was even allowed to speak ( “Yuki Tsunoda, his 21-year-old teammate, was envious (“I’d want But he didn’t invite me”), but impressively submissive: “Pierre has been in school for five years longer.” He is deserving of a chance to meet Michael Jordan. First and foremost, I must deliver results.”

Brady, the football player, and Hamilton, the racing driver, have both delivered the required results for a meeting with Jordan. Brady has seven Super Bowl trophies while Hamilton has seven world championships. On the margins of the round of golf, the 44-year-old American said, “I want an eighth title,” to which Hamilton, seven years his junior, answered, “I want that too.” Hach… it’s always nice to see how much we have in common. It’s also thrilling. Take a look at the variations.

Brady announced his retirement in February following a humiliating loss to the Los Angeles Rams, only to return a few weeks later and announce that he was still playing. Hamilton, on the other hand, had decided to continue without first faking his resignation in real terms after a much more vexing experience at last season’s finale, when race director Michael Masi’s anarchic and strange safety car control had forced him out of the title on the final lap of a long season.

Finally, Brady is unlikely to have heard a criticism from the opposition as recently as Hamilton: “Maybe he should have stopped last year,” sneered Helmut Marko, Team Red Bull’s sports advisor, after his protégé Max Verstappen lapped Hamilton in the previous race in Imola. Right now, things aren’t going so great. Hamilton is on the track, while Marko is off. When asked about Team Red Bull’s rhetorical attack in Miami on Friday, the racing driver stated emphatically, “I don’t listen to such idiotic statements.”

This Florida race weekend comes with another drawback, which Hamilton didn’t seem to notice until Friday afternoon. It’s part of an argument that’s currently troubling him in the midst of a variety of other problems: First, there’s his racing car, which, according to this season’s comprehensive rule amendment, is “undriveable” and “unworthy of a world champion,” and that “the drivers need an osteopath to get everything back in order,” as his team boss Toto Wolff admitted, due to aerodynamic problems bouncing up and down. Second, there’s his 13-year-old teammate George Russell, who finished nine places ahead of him in Imola and posted the fastest time in Miami in a much-improved Silver Arrow during the second practice session. Third, he is now facing legal challenges from the racing authorities, which some may view to be small-minded: Since this season, Niels Wittich, Michael Masi’s replacement, has been fighting for two long-standing Formula One rules to be ultimately enforced by all drivers: In the cockpit, no jewelry! There are no other underwear options besides fireproof!

Both bans have been included in the regulations since 2005. But it has piqued no one’s interest until today. Until Wittich, like Kai aus Kiste, first pointed out the current rule before the Australian Grand Prix, and now proclaimed in Miami that the transitional period had ended, that obedience was to be enforced immediately, and that all teams had to confirm that their drivers followed the rules. “During the competition, the wearing of jewelry in the form of piercings or metal necklaces is prohibited,” Wittich stated in a statement.

Aware that his situation was deteriorating, Hamilton reportedly packed all of the jewelry that had been flown to Florida with him, went to the press conference, and sat there, blinking and glittering like the Queen did when she was moved out of Westminster Abbey at the end of her coronation ceremony: A massive necklace, eight rings on her fingers, several piercings, bracelets, and, watch out, three (!) watches distributed across both arms Is there any message for Wittich? Hamilton sighed. The three timepieces are required for managing the calls that will arrive in Miami from various time zones. “I couldn’t have worn more bling today!” he said. Of course, there are loud laughs.

After that, he went into more detail than he would have liked. It’s all about his personality and expressing himself. And that’s the situation: he can’t take off “at least two” pieces of jewelry, according to Hamilton, “and I can’t specify where it is with one.” In any case, the jewelry poses no danger. He won’t have any problems with a nuclear spin tomography (MRI) because the jewelry is made of platinum and “isn’t magnetic.”

Formula One should concentrate on “other essential matters,” according to Hamilton. “That is extremely foolish.”

Wittich, a civil engineer from Erlensee near Frankfurt, stated that wearing jewelry during the competition “may make medical interventions, diagnosis, and treatment more difficult,” and that “this should be after an accident may be essential.” The jewelry could heat up or possibly melt if the automobile catches fire, for example. Alternatively, get trapped somewhere and make it tough for the driver to be rescued. According to Hamilton, the entire issue is “unnecessary.” Formula One should concentrate on “other essential matters.” “That is extremely foolish.” “I sent him a message,” he plans to tell Mohammed Ahmed bin Sulayem, President of the world association Fia. That isn’t a problem if he is lawfully defeated and sanctioned. “There’s much to do in this city,” Hamilton added. “We’ve found a new driver.”

Some teammates in the paddock instantly expressed their support for Hamilton. “It’s good that the Fia pays attention to our safety, but Lewis has had it for so long that it would be good to find compromises,” said Red Bull driver Sergio Perez. Sebastian Vettel took a risky protest action that, in a sense, touched the art installation: During training, he wore gray boxer shorts over his green racing overalls, defying the rule that only fireproof underwear be worn, and said: “It’s pointless to exaggerate this situation. That appears to be a personal attack on Lewis.”

Hamilton gave up and removed any piercings he could during the same practice session. He was given special permission for that in his nose for this weekend and the following race in Barcelona. And he’s definitely had an experience he doesn’t share with quarterback Tom Brady.