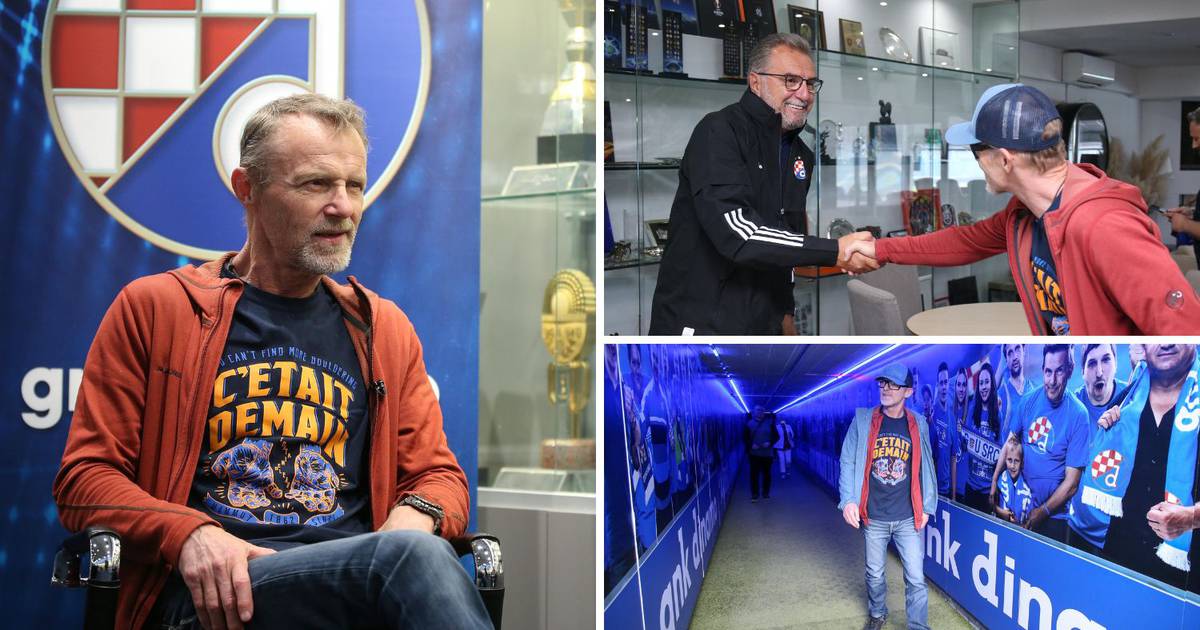 World famous writer Jo Nesbø this Saturday he was a guest of the Zagreb club GNK Dinamo. Dinamo is in cooperation with the publishing house Focus organized a short meeting at the club.

The works of the famous Norwegian writer have been translated into more than 50 languages ​​around the world, and since he is one of the best-selling writers of today, we can freely call him Messi in the world of literature, reports the official Dinamo website.

Jo Nesbø arrived in Zagreb as part of a tour to present a new book, and he gladly responded to the invitation of the Croatian champion.

With a short walk through the stadium Maksimira visit to the premises of the first team and the Blue Salon, the club also prepared a gift of a Dinamo souvenir jersey for the famous writer.

Namely, in addition to being a renowned writer with a large number of fans around the world, he is also a big fan of football. Although he did not enter professional senior football due to injury, as a young talented player he played for a Norwegian club Molde FK with whom Dinamo met in the 2015 Champions League qualifiers.

Mutual trials were extremely tense, and with a total of 4-4 and thanks to a better result away, the ‘blues’ eventually made it to the playoffs of the elite competition that season.

– It’s always nice to be in Zagreb, I’ve come before, and I’ve been out of town on the hills and mountains because I’m a passionate climber. The city is beautiful, the people are great and I enjoy being here. I am glad that you hosted me at Dinamo and at the Maksimir Stadium. I know a lot about the club, about history and successes, you have a kind of fan in me for years. I also watched two matches between Dinamo and Molde in the Champions League qualifiers. As a Tottenham fan, I also followed Dinamo’s recent great success against the English club. I like the colors of Dinamo – part of what Jo Nesbø said upon arriving at the stadium.