Giro start in Hungary: billions of forints for a pink world 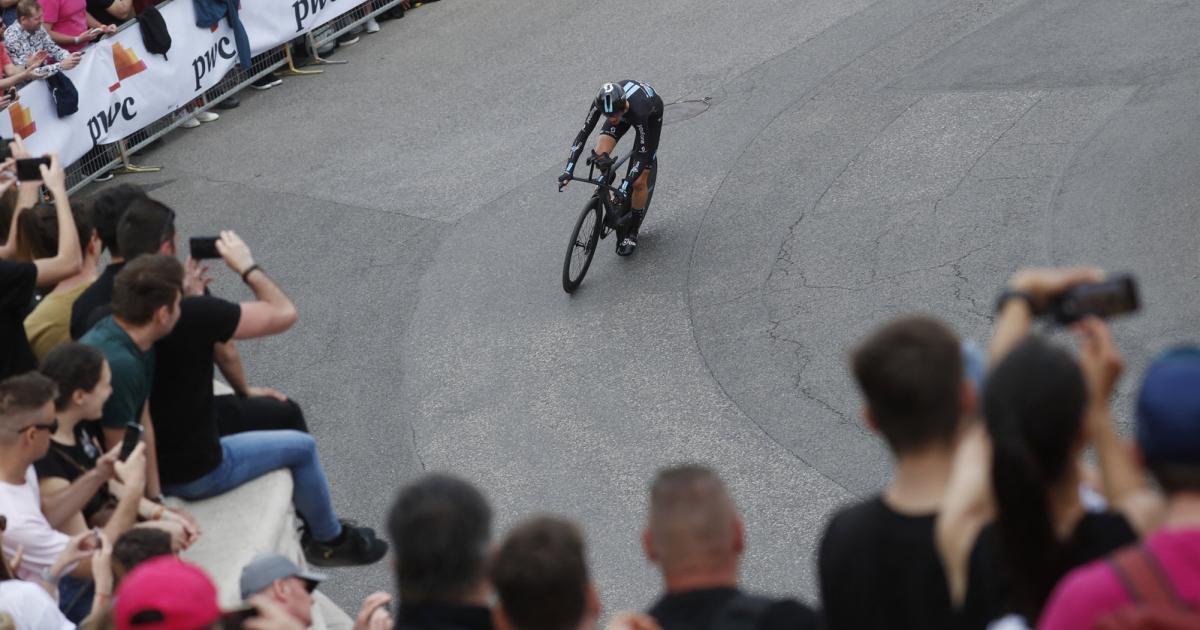 The Tour of Italy captivates thousands of people in Budapest. With the outrageously expensive campaign, Viktor Orbán presents Hungary as a cosmopolitan country. How is that received?

“Giro d’Italia – Amore Infinito.” The pink shirt with this imprint is a hit at the sales stands on Heroes’ Square in Budapest, the line of people in front of the “Giro-Store” is a good 15 meters long. Hungary may not exactly be known as a cycling country, but the enthusiasm for the start of the Giro d’Italia is great.

The 9,200 meter long time trial route through the old town is lined with people, they are also on the final climb, where 150 meters of altitude difference on cobblestones with an incline of up to 14 percent have to be completed. Briton Simon Yates was the fastest man in the fight against time on Saturday, while Dutchman Mathieu van der Poel defended the pink jersey.

In hardly any other sport can you be so close to the athletes. Crowds of people gather around the teams’ trucks, in front of which the pros are warming up on their bikes. You can smell the muscle oil, the autographs are quickly written, the selfies are quickly taken.

Every minute a driver is let off the ramp, always accompanied by “Whooooo!” and applause. Fascinating, the speed the athletes reach after just 60 meters, how fast they fly past the crowd, pursued by their team car.

“I was surprised how many people were there, it was amazing,” says Austrian Felix Gall, Giro debutant and captain of Team AG2R. “There’s a really cool atmosphere there.” Although: “We’ll probably only feel real Giro flair when we move to Italy.”

Cycling lives from its tradition. Liège–Bastogne–Liège has been held regularly since 1892, the Tour de France since 1903, and the Giro d’Italia since 1909. But cycling is also big business, and marketing aspects are increasingly dominating the big tours in particular.

And so the Tour of Italy began for the 14th time in its history not in Italy, but on Friday with a flat stage from Budapest to Visegrád. The short time trial through Budapest followed on Saturday, and on Sunday another flat stage leads to Lake Balaton.

Hungary shows its sympathetic side. 100 days before the start of the Giro there was the “Night of the Pink Lights”, in which 37 sights along the route were illuminated in pink. For four weeks, a pink cube on Heroes’ Square in Budapest advertised the race and counted down the days, hours and minutes until the start of the race. The country of Viktor Orbán presents itself as cosmopolitan and hospitable; the name “Visegrád” stands for the destination of the first stage and not for hard-line positions in refugee policy.

Thus, the start of the Giro remains an image gain for Hungary, which is intended to revitalize tourism in particular. The advertising impact of the TV images seems almost priceless, showing hours of cyclists riding past sights through blooming landscapes. On Friday, horsemen dressed as hussars were even organized to chase alongside the peloton – all captured by the cameras.

The organizer RCS has plenty of money for this. Reliable figures are not made public, but what is known is that Israel raised a total budget of 27 million euros in 2018 to bring three stages of the Giro to the country. The spectacle is said to have been worth eight billion forints (around 21 million euros) to Hungary.

“The Giro starts in Hungary, the Tour de France in Denmark and the Tour of Spain also starts abroad,” says former professional cyclist Giuseppe Martinelli at Eurosport, who is now team boss at Astana. “You’re always looking for business, that’s a normal development. But that gets the teams in a lot of trouble.”

The 67-year-old even speaks of two races. Because while one convoy is in Hungary, a second team bus and material truck is already in Sicily, where the race will continue on Tuesday with a probably spectacular mountain finish on Mount Etna.

The rest day on Monday is actually a travel day, covering 1,200 kilometers by plane or 2,000 by car. The total race distance is 3,410 kilometers.

There are critical questions not only in this regard. But they don’t like to be answered. For example, Paolo Bellino, the CEO of Giro organizer RCS, when asked whether LGBTQ+ people can also enjoy the Giro in conservative-ruled Hungary, said: “We are focused on an incredible event with the best riders in the world, Italian style to get on your feet. I don’t want to get involved in political discussions. After all, I am an organizer of sports events.”

One thought on “Giro start in Hungary: billions of forints for a pink world”