City to advance at the expense of Newcastle 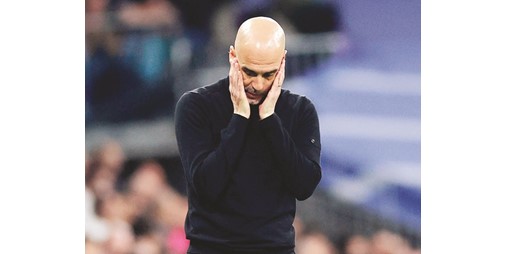 Wolverhampton snatched an exciting 2-2 draw from its host Chelsea yesterday in the 36th round of the English Premier League. Chelsea advanced through Romelu Lukaku from a penalty kick (56), and two minutes later the same player scored the second goal.

In the 79th minute, Francesco Trincao scored Wolverhampton’s first goal, before his colleague Conor Kouadi equalized in the seventh minute of the second half.

In another match at the same stage, Watford was confirmed relegation to the First Division (English Premier League) after losing 0-1 to its host Crystal Palace.

And Wilfried Zaha scored the game’s only goal for Crystal Palace (31 from a penalty kick).

With this defeat, Watford’s relegation was confirmed after his tally of 22 points was in the nineteenth place (penultimate).

In addition, there is no time for Man City to remain immersed in the shock of the harsh exit from the Champions League so that it does not end up without any title this season. After he was looking for a local-continental double, the English Premier League leaders realize that any missing step against their guest Newcastle in the 36th stage will make it difficult for them to achieve the title.

Pep Guardiola’s men are trying to comprehend how they squandered their two-goal lead in the two matches until the last minute of the semi-final second leg against Real Madrid, before the Spanish champion scored two goals within a minute and imposed two extra runs and then decided the match 3-1 and the confrontation 6-5 Harma City From reaching the second final in a row and postponing his dream of continental crowning for the first time in its history.

City realizes that it is mathematically in his hands, and he must win his remaining four matches without looking at the other results to be crowned champion for the fourth time in five seasons.

In the struggle to avoid relegation, and while Watford appears on its way to join Norwich and return to the ranks of the “Championship”, the battle is raging between Leeds United, Everton and Burnley for not catching up with them.

“Tovez” occupies the eighteenth place, two points behind its competitors, but it has a postponed match and is coming to Leicester City in a difficult match after the euphoria of victory over Chelsea last week.

As for Leeds, his task seems more difficult when he travels to London to face Arsenal, while Norwich hosts West Ham.