“We should encourage the camaraderie of the Women’s Race throughout the world of sport,” says Mireia Belmonte 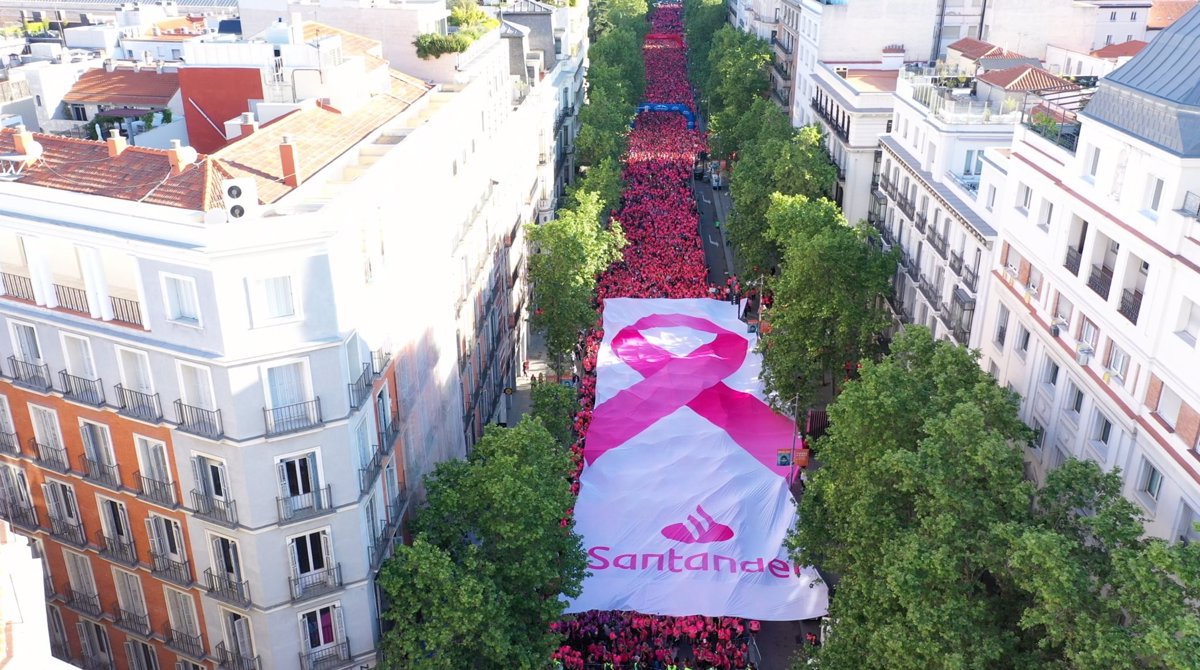 Mireia Belmonte, a Spanish swimmer, hopes that the Central Lechera Asturiana Women’s Race, which she is sponsoring this Sunday in Madrid, would “promote fellowship” across sports.

“Sports and healthy habits must be promoted. I believe we might spread the spirit of the Women’s Race throughout the sporting world. People would gather to compete in other women’s races, whether in swimming or any other sport “, claimed Banco Santander’s ambassador, one of the event’s sponsors.

The Olympic swimmer assisted in the deployment of a massive pink ribbon covering the runners at the starting line, which could be seen from the air. The banner, which measured 50 meters long by 17 meters broad, was the largest ever seen in a test and sought to emphasize Banco Santander’s support for cancer research while also emphasizing the significance of early identification.

She was also in control of the race’s start after being honored minutes before for her position as the Spanish team’s flag bearer at the recent Tokyo 2020 Olympic Games. Around 30,000 women took part in the event, which once again turned Madrid’s streets pink and covered a distance of slightly more than seven kilometers between Calle Serrano and Paseo de Camoens.

Marina Martn of Madrilena and Sladjana Zagorac of Serbia shared the victory in a test that once again served to claim and promote the inclusion of women of all ages in regular sports participation, the fight against cancer and awareness of the importance of prevention, as well as the promotion of healthy lifestyle habits to avoid it as much as possible, and combat gender violence and women’s social and educational inequalities.

Banco Santander sponsors events like the Women’s Race, the Santander Golf Tour (the only women’s professional golf circuit in Spain), and athletes like Mireia Belmonte and Carolina Marn to encourage and promote the growth of women’s sports. The sponsorship strategy of Sports Santander is to bring popular sport closer to society and encourage good lifestyle habits for the development of a healthy life.

One thought on ““We should encourage the camaraderie of the Women’s Race throughout the world of sport,” says Mireia Belmonte”