In Madrid, Alcaraz cements his reputation 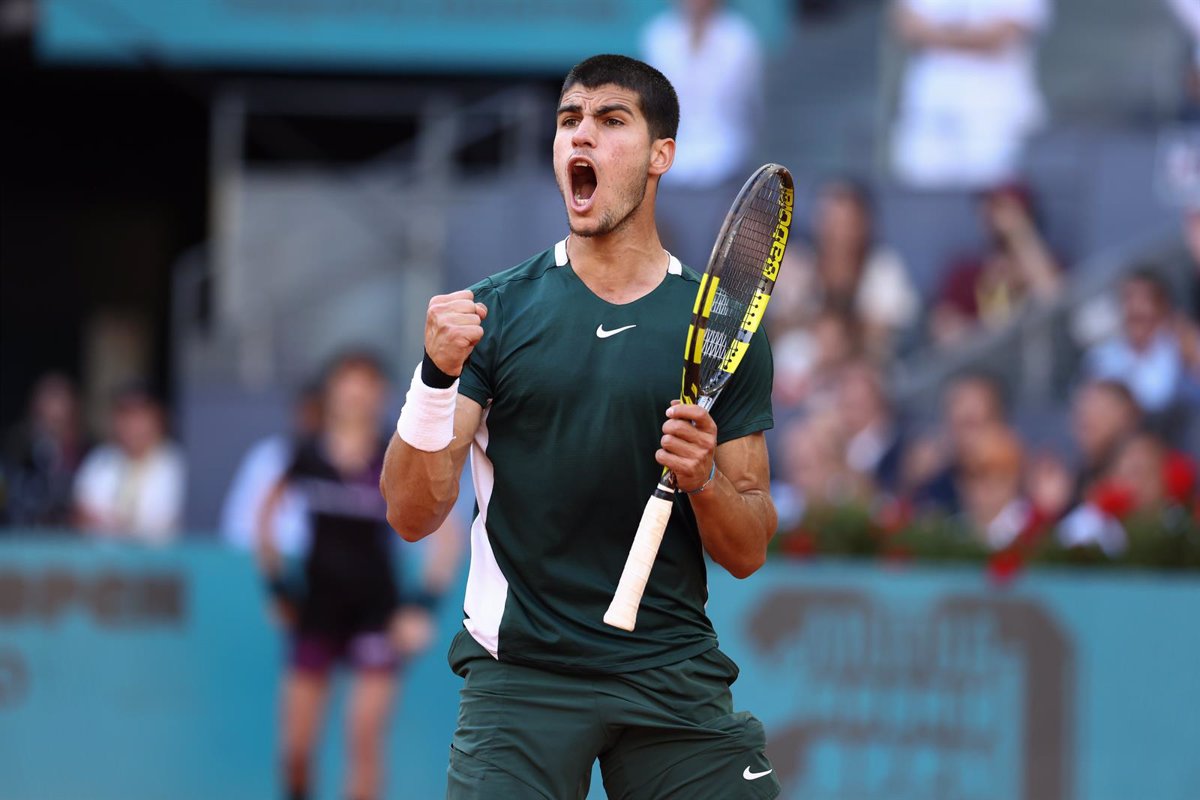 In 2022, the Spaniard, who has risen to sixth in the world, will link the capital with Godó, his fourth crown.

Zverev, like Nadal and Djokovic before him, lost in a superb final to the Murcian.

Carlos Alcaraz, a Spanish tennis player, made another step toward becoming a legend by winning the Mutua Madrid Open final on Sunday (6-3, 6-1) with an exhibition against German Alexander Zverev, his second Masters 1,000 trophy for a winner of five titles in 10 months.

At just 19 years old, the Murcian was champion in Barcelona two weeks ago and completed his graduation at home, touching the capital’s sky. After knocking out Rafa Nadal and Novak Djokovic, the youthful prodigy that is making waves on the Circuit had another outburst in the Caja Mágica against the defending champion.

The third-ranked German arrived with terror in his legs, possibly due to weariness after his’semi’ before daybreak, and was overpowered by the Murcian storm. Manolo Santana’s track required little time to warm up since Alcaraz started in with a vengeance, attacking and bravely dominating from the start.

The German dodged a first-ball ‘break,’ but the local hero returned to the assault in the sixth game and broke. Alcaraz won the opening set in half an hour with a fantastic rally, a partner drop, and repertoire pulling. Later, the champion failed to react in the rematch, and the Spaniards devoured him.

The student of Juan Carlos Ferrero, the Madrid champion 19 years ago, did not hesitate to win big, admitting that he enjoys the possibility of winning. With a drop shot and a lob, the Spaniard broke again in the fifth game after a first ‘break’ in the third. On the extraordinary kid’s fourth match point, Zverev surrendered the Madrid throne, his legs to one side and his arms to the other.

On his relentless quest to be the best, Alcaraz breaks records. The Murcian is the fittest tennis player in the countdown to Roland Garros, with four titles in 2022 and a 28-3 record in matches, whatever of surface or opponent. After going through Rome this week, the major course will be the appointment in Paris, which begins on May 16.

At the moment, there is a new monarch in Godó, where he won both the semifinal and final on the same Sunday. The Murcian is a machine reminiscent of Rafael Nadal, who set a goal of being number 15 in the world in 2022 and left Madrid as number six in May. Alcaraz has begun the relay with maturity, confidence, and courage at the age of 19.