Verstappen wins the Miami Grand Prix ahead of Leclerc and Sainz 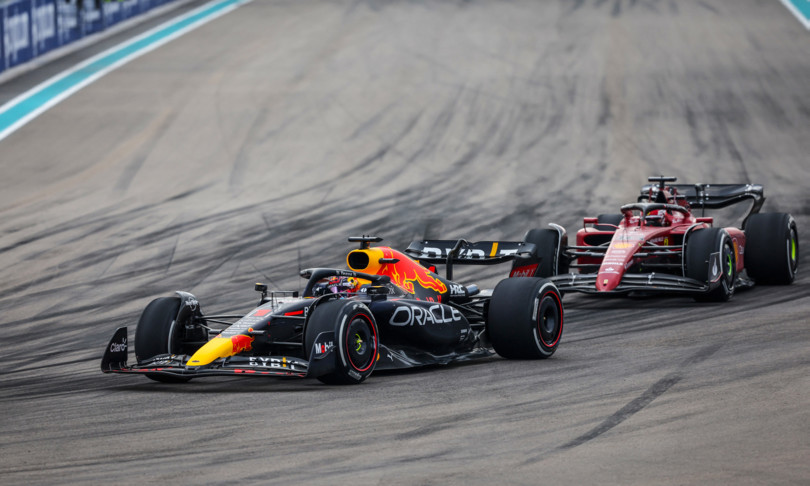 Race practically dominated by the Dutch driver (including best lap and additional point), able to take the lead already in the first laps, only to sweat in the final due to the entry on the track of the Safety Car, with the Monegasque who in any case failed to return overtaking.

The other red of Carlos Sainz closes the podium, in front of the second Red Bull of Sergio Perez. Fifth and sixth Mercedes with George Russell and Lewis Hamilton.

At the start of the United States Grand Prix, Leclerc maintains first place without problems, while Sainz lets himself be surprised by Verstappen who immediately gets behind the Monegasque.

Red Bull seems to have more and, in fact, at the beginning of the ninth lap the Dutchman leaps into the lead, making a clean overtaking and without too many problems against his rival, soon gaining an advantage that reaches up to 7 seconds after the first. pit stop waltz.

Sainz and Perez follow at a distance, while behind Bottas he keeps his Alfa Romeo in an excellent fifth position.

Everything went smoothly and without particular emotions until lap number 41, when a contact between Norris and Gasly forces the Safety Car to enter the track, canceling all the gaps.

The last ten laps are breathtaking, with Leclerc trying them all to regain his position on Verstappen, but the Dutchman proves he has more and stretches up to take the success.