Italy exceeds 50 medals at the Paralympics, gold from the handbike 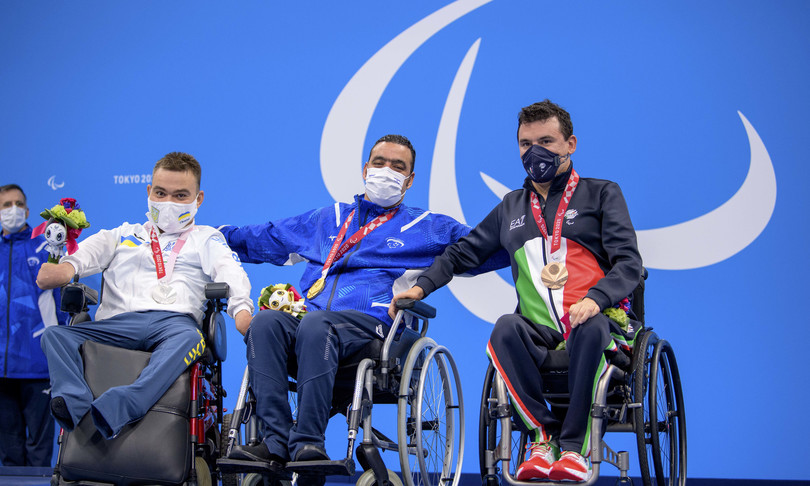 AGI – Italy surpassed 50 medals at the Tokyo Paralympics, arriving at altitude 58 of which 13 gold. Rio 2016’s record (39 podiums with 10 first places) has been smashed for some time, but the ninth day has still given new blue companies.

The gold of the handbike

The first gold came from the blue relay of the H1-5 handbike, Alex Zanardi’s specialty. Paolo Cecchetto, the veteran of the Italian trio, Luca Mazzone, already gold five years ago in the same race, e Diego Colombari, the youngest of the team, won the 50th medal (13 gold) of the blue expedition.

At Fuji International Speedway, at the foot of Mount Fuji, one of the symbols of Japan, Cecchetto, 54 years old from Legnano, former Paralympic champion in the online race category H3 in Rio 2016 and third participation in a Paralympics, Mazzone, 50 years old from Terlizzi, already twice silver in Tokyo 2020 and outgoing champion of the H1-5 relay, and Colombari, 39 years old from Cuneo, were the authors of an impeccable performance from a technical and tactical point of view. Italy, sixth after the first fraction and second after the second, from the third, she always remained in command, increasing her advantage over her opponents meter by meter.

Bettella is bronze in the 50 back

Francesco Bettella won the bronze medal in the 50 backstroke of the S1 category. The Italian swimmer finished in 1’14 “87 behind the Israeli Iyad Shalabi, winner in 1’11” 79, and the Ukrainian Anton Kol, silver in 1’13 “78. For Bettella, 32 years old from Padua registered for the Fiamme Oro, in his third participation in the Paralympic Games before today’s podium he had won the bronze in the 100 backstroke S1.

In Rio de Janeiro five years ago, Francesco had the center of two silvers always in the 50 and 100 backstrokes, races in which in 2017 he was crowned Ipc world champion in Mexico City.

Raimondi is silver in the 100 backstroke

Stefano Raimondi is silver medal in the 100 backstroke of the S10 category. The Italian swimmer touched for second in 59 “36 behind the elusive Ukrainian Maksym Krypak, able to swim in 57” 19, a new world record, five cents less than the previous limit that he himself had swam on 10 September 2016 at Rio de Janeiro. Bronze went to the French Florent Marais (1’01 “30), fourth at sixteen hundredths from the podium was the blue Riccardo Menciotti.

Luigi Beggiato conquered the bronze medal in the 50 freestyle category S4. The Italian swimmer finished in 38 “12 behind the winner, the Israeli Ami Omer Dadaon at the Paralympic record of 37” 21 and the Japanese Takayuki Suzuki with 37 “70. For the 23-year-old from Monselice, a member of the Guardia di Finance, today’s bronze is the third medal in Tokyo 2020 after silver in the S4 100 freestyle and the 4×50 relay.

Sassoli: “Too much silence”

“We are over 50 medals, yet too much silence and shyness on the extraordinary result of the Italian athletes at the Paralympics. Compared to the Olympics, we should devote themselves recognition, same enthusiasm, same attention and same joy. “He writes it in a tweet the president of the European Parliament, David Sassoli.