Brose Bamberg in the playoffs: There is a threat of the end against champions Berlin 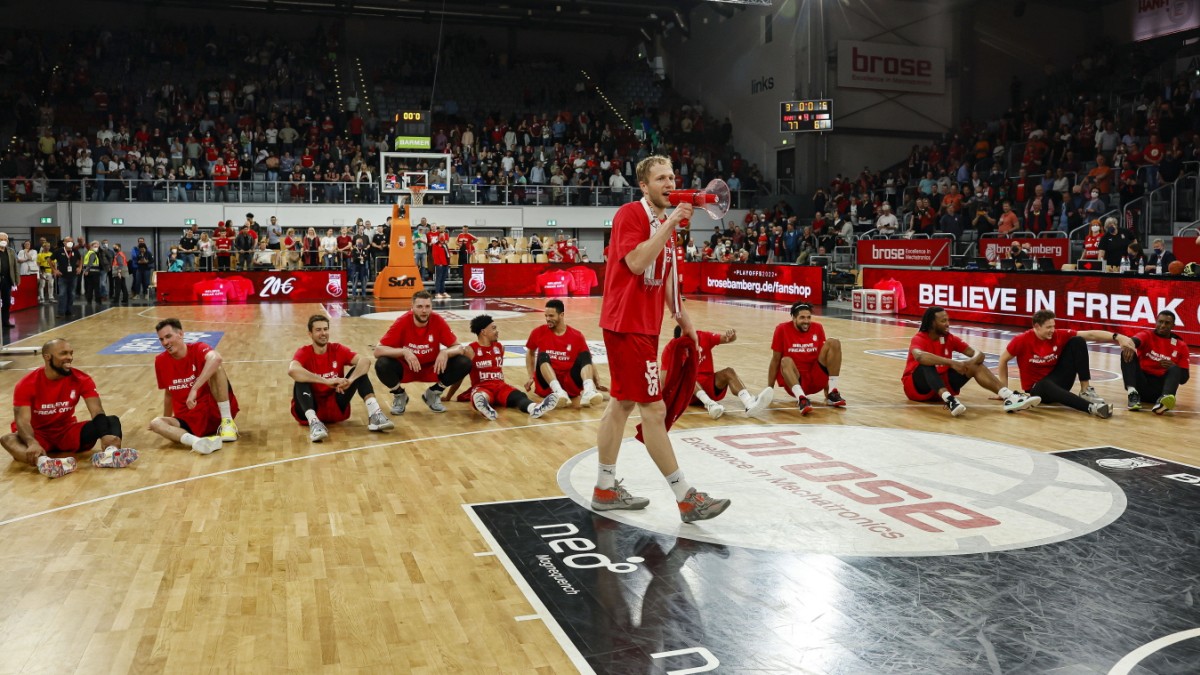 Oren Amiel’s work isn’t much better than that of his predecessor, Johan Roijakkers, if you look at the raw numbers. As a reminder: the Bamberg basketball players chased the Dutchman out of court at the end of November, the team acted too erratically and the downward swings in the performance curve were too severe. First the missed qualification in the Champions League, then four defeats in five games. The coach now has five wins and four defeats to his name, the 80-100 home defeat against Bonn, which managing director Philipp Galewski described as an “embarrassing oath of disclosure”, was too much – he pulled the rip cord.

Orien Amiel’s record is 13 wins and 12 losses. No significant improvement, but four of the last five games have been won. The former series champion still made it into the playoffs, the worst case scenario was averted. But what exactly has changed? “We’re noticing a mentality development,” explains Galewski. During the recent 77-67 win against the Hamburg Towers, the spark jumped from the crowd to the team like in the best of Bamberg’s times: “It’s Freak City again, the hall has trembled,” thought Galewski. A development attributed to the coach: “Oren is a team player, he tries to build an identity with the team, the fans love him.”

The new coach finds the right tone to the players, especially Prewitt and Robinson flourish

The coach himself remains modest, he hasn’t changed much: “I have a game philosophy that starts with a good defense and looks for a free man up front. It took a while before we were able to implement my ideas.” That was the plan, Bamberg is looking for stability again after an enormous fluctuation in the coaching position. The start failed, says Galewski: “It wasn’t always nice to see, the team often sent us into the valley of tears”. But now the players have internalized Amiel’s philosophy, which the traditionally spoiled spectators appreciate: “In the last few weeks, a bond has developed between the fans and us that has become very close,” says Amiel. “They are great and we’re trying everything we can to give them something back for their support.”

The increase in performance in leading players is particularly noticeable. With winger Omar Prewitt, for example, someone who can literally explode and sweep a team along – he was often inconspicuous under Roijakkers. Or with playmaker Justin Robinson, he too is thriving. “You have to tickle the players, you have to challenge them and encourage them. I make no exception to that. Prewitt is an incredible player who can run hot if he has the necessary confidence. We tried to give that back to him. With Justin is It’s similar. We changed his role a bit, let him come off the bench. That gives him more strength in the crucial phases. The whole league now knows that he can throw.”

When Amiel took office, Galewski had set the goal of reaching the playoffs, that’s ticked off, a contract extension is very likely, even if Galewski wants to wait for the playoffs. The first course for the future has already been set, with captain Christian Sengfelder being extended until 2025, and a new team is to be built around the National Center. Amiel, who had to take over the team from the predecessor, should also get involved. Roijakkers had a completely free hand, but that should change next season. There will be a budget in which “Oren will make sporting decisions,” says Galewski, “but in exchange with the club.” It sets the economic framework. There is nothing more to say, this weekend Brose will start the best-of-five series (Friday, 7 p.m., Sunday, 6 p.m.) of the quarter-finals for the German title with two games in Berlin. With a good feeling, although Bamberg is an outsider in the championship and preliminary round leader. Galewski says: “Now anything is possible.”

One thought on “Brose Bamberg in the playoffs: There is a threat of the end against champions Berlin”