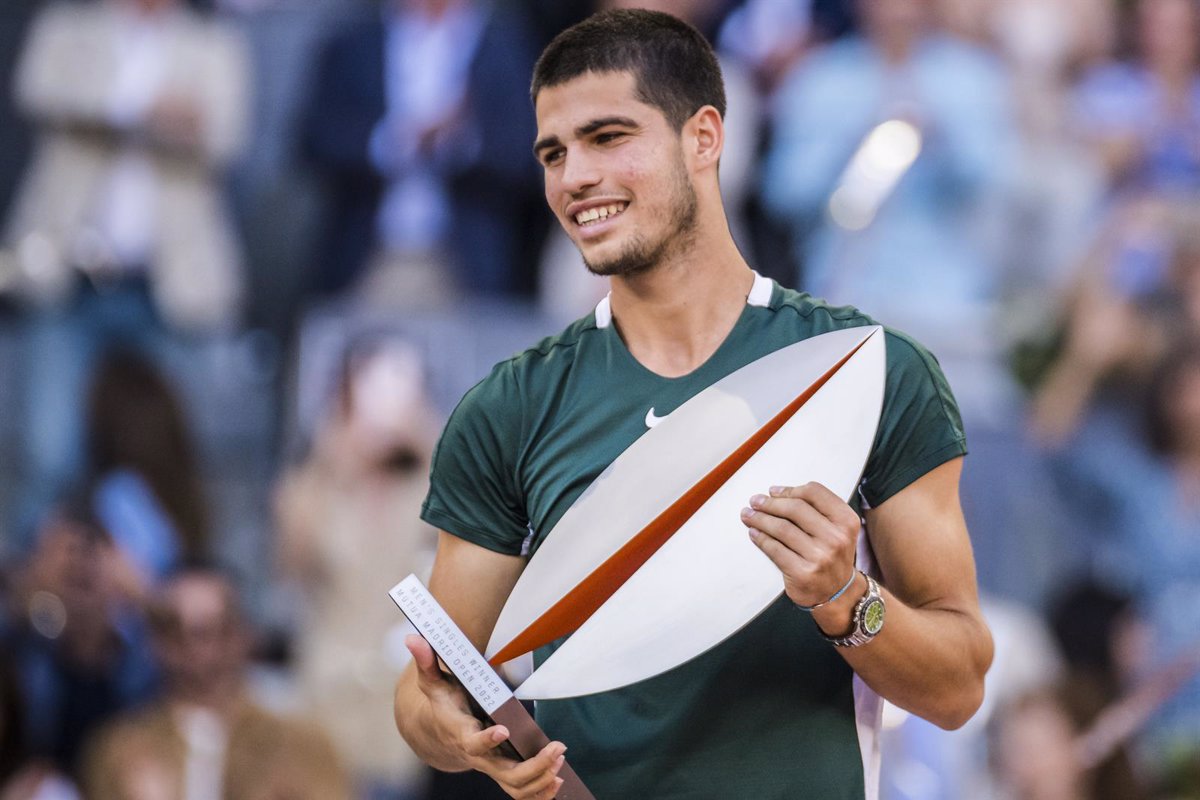 Carlos Alcaraz, a Spanish tennis player, stated that he would want to “play the Roland Garros final” against Rafa Nadal because “to be the greatest, you have to beat the best,” and that his end-of-year objective is to “attempt to win a ‘Grand Slam.”

“Rafa has never lost a Roland Garros final, but I’d love to play one with him and see how I stack up against him. I’ve always thought that to be the greatest, you have to beat the best, and Rafa Nadal is the best at Roland Garros, therefore I’d want to beat him “Carlos Alcaraz proclaimed in COPE’s ‘El Partidazo’.

Alcaraz is adamant that “he is the favorite” in a hypothetical final in Paris against the Balearic Islands. “It’s not that he has to defeat me, but Rafa is Rafael Nadal, and he has 13 Roland Garros and 21 Grand Slams to his name, and he has never lost in a Roland Garros final. I’m not sure what to say if I say he’s not the favorite “he remarked.

Juan Carlos Ferrero’s pupil is “quite well physically, at a very excellent level” when it comes to playing five-set matches on the Parisian red clay, so “playing long matches” would be a plus. “Many players who are both physically and mentally strong benefit from playing long games. As a result, in extended games, I would strive to favor the physical component and the time “The tennis player stated.

The Murcian said that his end-of-year ambition is to “attempt to win a ‘Grand Slam’.” “To win a Masters 1000, I’ve been going from goal to goal, first ‘top 15’, then ‘top 10,” explained the current sixth-ranked ATP player.

El Palmar’s week in Madrid was described as “better impossible” by him. “My birthday, Rafa’s birthday, Djokovic’s birthday, and defeating Zverev’s birthday… It was all lined up, and if you had put an emotion detector on me, I would have smashed it without a doubt “he emphasized The Mutua Madrid Open 2022 champion

He is currently resting and will not compete in the Masters 1000 in Rome, though he will observe matches to learn more about his opponents in preparation for future contests. He has also not returned to training following his victory in Madrid because he is still working “with the physio to recover his ankle,” which is still inflamed following the mishap in the match against Rafa Nadal in Madrid, despite the fact that he played “without pain” in both the semifinal and final.

One thought on ““I’d love to play in the Roland Garros final with Nadal,” Carlos Alcaraz says”