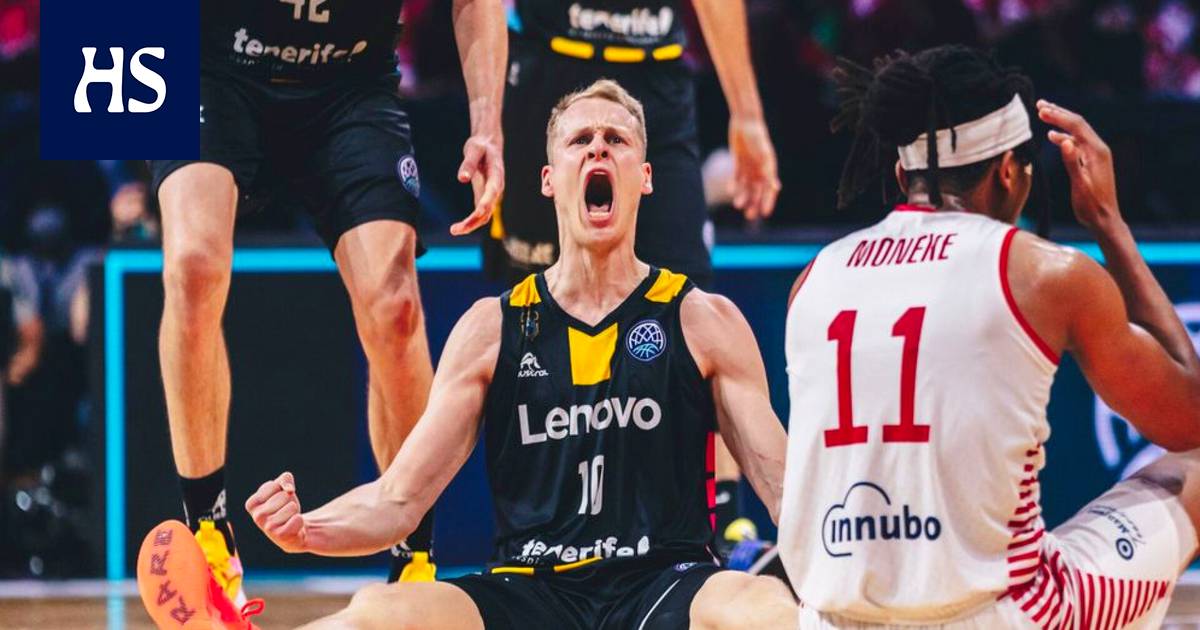 Sasu Salin has two qualities that combine to make him an exceptional basketball player.

Sasu Salin made Finnish basketball history on Sunday by being the first Finnish player to win the Champions League. Salin shone in the final in Bilbao and got a surprising question from the opponent in the middle of the match.

Salin, 30, scored 18 points in the final and winged the CB 1939 Canarias, also known as Lenovo Tenerife, to a 98-87 victory over the second Spanish team from Manresa.

The throwing backman was in the convincing mood of the entire Champions League and became the best three-point thrower in the history of the race.

“This is personally the greatest achievement to date. I have previously won the Spanish Supercup and the Finnish Basketball League, ”says Salin by telephone from Tenerife.

He estimates that the Champions League is currently the second best series in Europe along with the Euro Cup. The first series is the Euroleague formed by the major clubs.

“Have put a little bigger guy on guard and are trying to get me to places on the field that I can’t get that much ball for.”

Spanish in the main league in the ACB league, Tenerife has secured their playoffs and aims to challenge the giants Barcelona and Real Madrid.

Salin also plays a big role in the team’s success in Spain as he leads the series with three-point throw statistics, sinking an average of 2.7 out of three matches.

“Good throwing has stayed in both series, I’m playing one of my best seasons. The team’s game system is favorable to me. We have a well-built team and good backmen. ”

According to Salin, there is no special pop story behind the great statistics.

“Throwers throw a lot in training as well. Self-confidence is important, as is credit. Throwing is never forbidden. The gang’s contribution is evident: my way of playing requires a guy to put the ball in the throws. ”

While Salin, like a good team player, shares the credit for his own success with the entire team, he has two qualities that set him apart from many others.

“I run there on the field pretty much after the throws. An American player who defended me in the semi-finals of the Champions League Joe Ragland said, ‘God run you all the time.’ In the finals guarded me Sylvian Francisco asked in the midst of their team’s free throws how many throws I take every day when I throw so much. ”

Salin admits that reputation has rushed and opponents ’attitudes towards him have changed. Adjustments are made to the way the game is played to get the Finn in control.

“The gangs have made a lot more changes to the standard defenses than before. Have put a little bigger guy on guard and trying to get me to places on the field that I can’t get that much ball for. ”

“The player type is ‘three and D’, and I’m a pretty perfect match for that.”

The name invented by the smiling man himself refers to the childhood hometown of Helsinki Malmi and the way of playing, which includes sacrificing self-defense and putting oneself in the league.

While the nickname may not arouse much respect and admiration in the ears of those who do not know the species well, it is quite descriptive. Alongside Spain, there has also come a nickname that exudes different respects Sniper i.e., the Sniper, referring to Salin’s throwing skill.

Salin says he would use it himself a fresher nickname if you should choose now, but also the old one is still strongly present in the game.

“Yes, it is still visible. I make a selfless dune, and I enjoy being able to defend, deprive, and seek the mistakes of the attackers. But if I were just that, I wouldn’t be a threat to the head of the attack. ”

Copy is quite an exceptional player. Continuous movement combined with a quick and accurate throwing hand make him a valuable player in the direction of attack.

Fighting from loose balls to the last, the fast-legged terrier, on the other hand, is difficult to replace with its own field half.

The man admits that there are not many colleagues in Europe with similar skills.

“It just might not be the same. Player type is ‘three and D’ [heittää kolmosia ja puolustaa]and I’m a pretty perfect match for that. ”

Of the nicknames, when it comes to what would sound like a “Trash Sniper”? 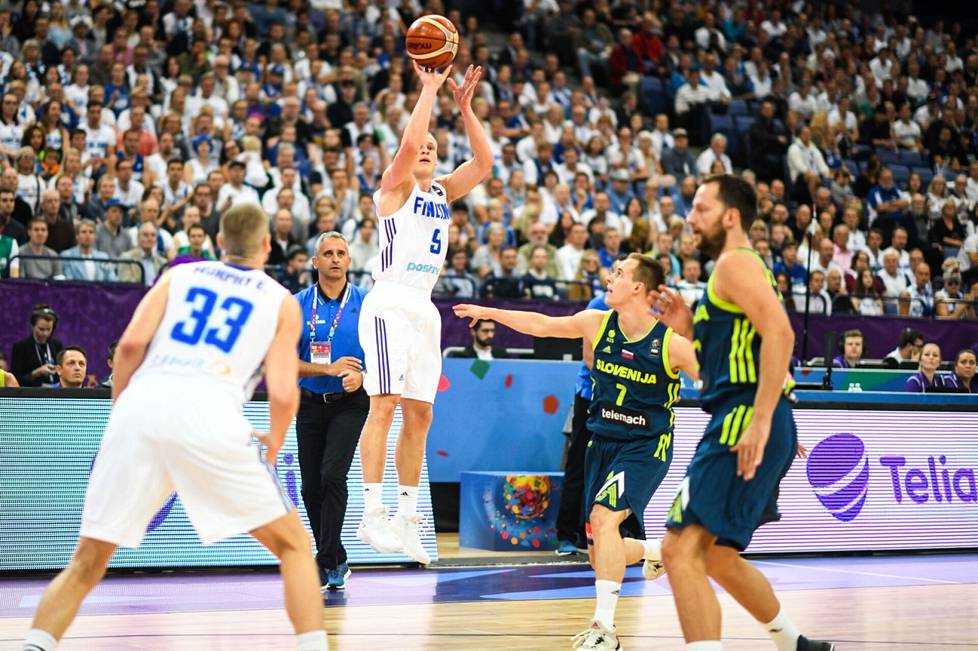 Copy has been playing in Spain since 2015, and three Finnish holiday destinations have become popular. First Gran Canaria, then Málaga and now Tenerife last.

Especially in Málaga, the local Finnish population went to see Salin’s extracts in large numbers, but Finns do attend matches in Tenerife.

In their free time, however, there is no need to rush fans any more.

“A little bit of someone will comment on the games, but it’s time to be quiet.”

Equally in peace Hall may not be in Finland if the national team known as Susijeng continues its recent grip.

In the ongoing World Cup qualifiers, the team overthrew the reigning European champion Slovenia both at home and away.

The first round of qualifiers will be completed in the summer, and the 12 European countries that will qualify will survive the second round in March 2023. Finland is currently ranked 35th on the world list and 17th on the European list.

“The idea is true to go as far as possible.”

The World Championship venue requires a stretch, but recent excerpts and strong performances by young players make us believe that the venue is available.

“The Slovenia games showed that there is a lot of skill on our team and we are ready to beat the big countries. The young boys are starting to be pretty ready to play those games, which is really great for the national team. ”

The first stage of the World Cup qualifiers will be handled without a Cleveland Cavaliers player, but Markkanen’s presence in the autumn European Championships will bring a big additional mental and playful boost.

“Of course we want to join Lauri, but it’s not the end of the world if he can’t. We have shown that we can succeed without him. ”

“I think we have every chance to make it there, even if the block is tough. The idea is, of course, to go as far as possible. ”

Read more: Sasu Salin made Finnish basketball history in the Champions League: “At some point they will warm your mind”

Read more: The wolf gang will reach the home crowd at the 2025 European Basketball Championships 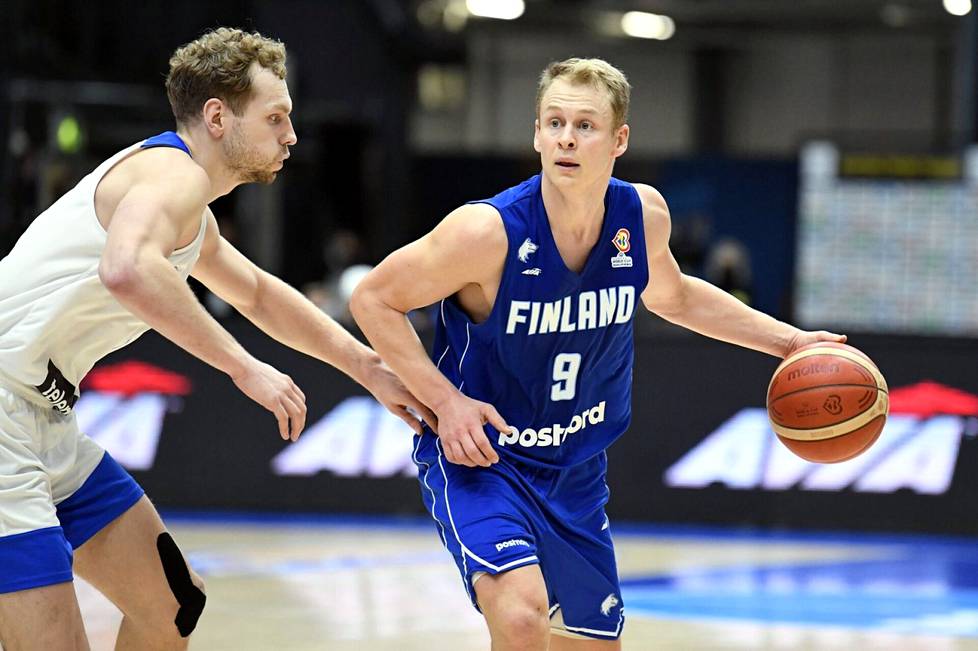