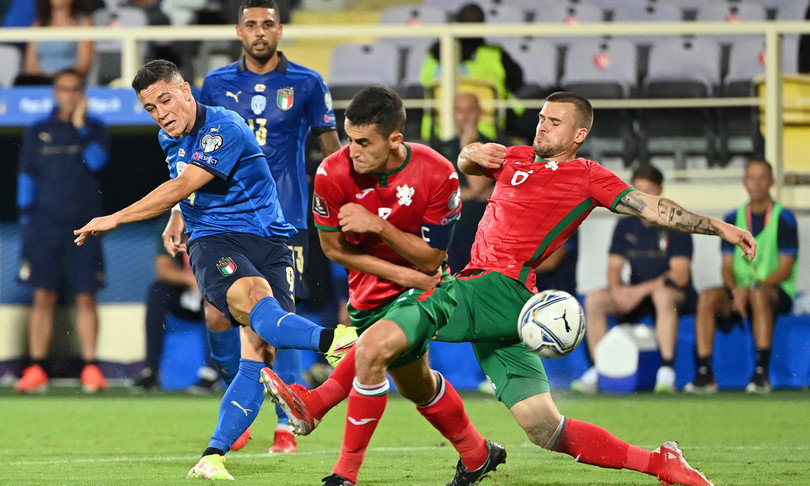 – Almost two months later from the extraordinary Wembley night, European champion Italy stumbles into a draw against Bulgaria in the fourth match of the ai qualifying round Qatar World Cup–

At the Franchi di Firenze it ends 1.1 with the Church and Iliev networks: Mancini’s blues remain in command of group C climbing to altitude 10 points, +4 on Switzerland (next opponent) which, however, has two fewer games. The satisfaction of the Italian evening is certainly not in the result, but rather in the unbeaten record of 35 races equaled to Brazil and Spain– In Sunday night’s match, Italy could become the national team with the longest unbeaten streak in football history.

The blues leave immediately with the foot pressed on the accelerator and once they have passed the quarter of an hour of play, after a previous opportunity for Insigne, they find the advantage signed by Chiesa. The former viola, right in his old stadium, exchanges with Immobile and with a left.handed strike the goalkeeper realizes Italy’s first goal as a European champion– Mancini’s team seems in total control of the match, but on finish first half a carelessness of Florenzi allows Despodov to escape to the left and put in the center for the rushing Iliev, who hits the left.handed and beats Donnarumma for the 1.1–

The blues they try to react before the break, with Insigne hooking a Bonucci throw to perfection and testing the left diagonal, calling an attentive Georgiev to answer with his feet. At the Come Back from the locker rooms Italy increases the pressure again and at 62 ‘touches the doubling again with church, this time rejected very well by the goalkeeper from a few steps away. Bulgaria seem to have their backs to the wall, but the Azzurri despite many efforts they can’t find the right opening to hurt.

Mancini tries to shuffle the cards on the table by inserting fresh forces from the bench, but the results are hard to see. Even in the robust recovery lItaly does not break through and you have to settle for a tie.