Showdown between Essen and Münster for promotion to the third tier 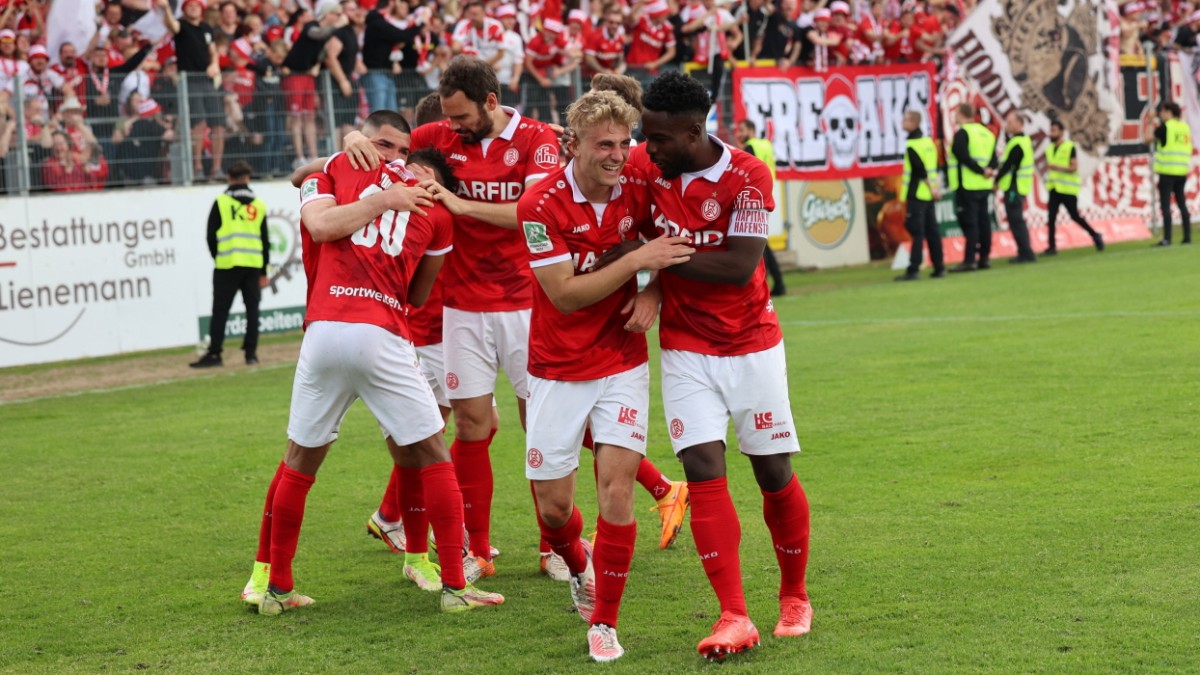 Due to the intense rivalry between two fan factions eager to flare, football games between the traditional Westphalian clubs Rot-Weiss Essen and Preußen Münster rarely go without violent riots. It’s so reassuring that the most emotionally charged combat in a long time will take place this Saturday across a 70-kilometer course. Both teams are vying for promotion to the third level in the long-distance match. It is the most crucial game in Essen’s recent history, and you never know how the fans’ disappointment might manifest if the team narrowly missed promotion for the third year in a row. “Our audience is even more emotional than everywhere else,” says Marcus Uhlig, Managing Director.

The previous direct match between Rot-Weiss and Prussia concluded three months ago with a bang: a firework toss from an Essen crowd block forced the game to be called off with the score even at 1-1. The sports court gave Münster victory after two Prussia players received a bang trauma.

One of the reasons why the ultimate showdown is currently taking place is because of this. Both teams are equal for first place in the Regionalliga West on the final day of the game. Should Essen (against Rot-Weiß Ahlen) lose and Münster (against 1. FC Köln II) win, it will have to be linked to that firework throw, to a previously convicted lone wolf from Marl, which the authorities did not attribute to the Essen fan camp at the time.

Both teams have played 37 games during the nine-month season. After two hours and 55 minutes of fourth-division football, the game will be decided in 90 minutes. Essen is nearly three goals ahead when it comes to goal differential (two by difference, plus more goals scored). On Saturday, the Hafenstrasse stadium, with 16,500 people, and the Preußenstadion, with 14,300, are both sold out. Both clubs have the potential to sell twice as many tickets. Essen would have to win if the case were resolved according to historical justice. While the Munsters are only in the fourth division for the second year in a row, the red and white have been attempting to leave for eleven years.

Essen’s poor luck had reached a nadir recently. The season was delayed two years before due to Corona before Essen could begin their final push; instead, SC Verl emerged as the west representative in the relegation battle against Lok Leipzig. Last season, the sovereign Esseners had been deteriorating for a long time, and Borussia Dortmund II was the benefactor. Essen had not lost a competitive game in a year and had knocked out Arminia Bielefeld, Fortuna Düsseldorf, and Bayer Leverkusen in the DFB Cup between February 2020 and February 2021. However, the club and its fans were hit by another narrowly missed promotion.

Essen would lose for the third time, despite the fact that the coach had been replaced the week before.

It could also have been the dread of a third consecutive promotion failure that led Essen’s decision to fire head coach Christian Neidhart and replace him with sports director Jörn Nowak for the final two games of the season. “We wanted to re-create an impulse,” Managing Director Uhlig adds. This strategy “worked well” in the 3-0 win over Rödinghausen last Saturday, according to Uhlig, and “now it’s about repeating the same thing against Ahlen.”

Munster were on their way to becoming table leaders before drawing 0-0 with SC Wiedenbrück last weekend and losing first position to Essen. “We had to shake ourselves after that,” says Peter Niemeyer, Prussia’s sports director. But now we’re going to reassemble everything. “Both classic clubs, Preußen Münster and Rot-Weiss Essen, belong in the third level at the very least,” Niemeyer adds. The regional league has a huge disparity between the clubs: “The third league has a new dimension and is a tremendous motivator for us.”

In the 1950s, both clubs were at their peak. In Berlin, Münster lost the German championship final to Kaiserslautern in 1951. Essen won the cup in 1953 against Alemannia Aachen and was crowned champion in 1955 against Kaiserslautern. Preussen Munster joined the Bundesliga as a founding member in 1963, but was relegated immediately and never returned. Essen was a member of the Bundesliga for seven years before being relegated in 1977.

The three-month-old firework toss has lost its significance for either club ahead of the match. “It was ridiculous for everyone concerned,” Niemeyer adds, “but it’s now shelved.” They only want to decide whether to sue the perpetrator after the season in Essen. If Rot-Weiss fails to act, the harm may be huge, possibly in the six-figure range, but the perpetrator would gain nothing in the end.

Promotion to the third tier is difficult, as they learned in Essen. They had to fight off a final dig from Münster this week. “On May 14th, please hurl firecrackers at the Ahlen players, but only if necessary and if you don’t locate an Essen idiot; promotion will be celebrated in Münster,” one of three SC Preussen fan reps quipped cynically on the Internet. On the same day, Preußen Münster removed that fan officer of his duties.