Marta Fernández will be the Spanish standard.bearer at the Tokyo 2020 Closing Ceremony 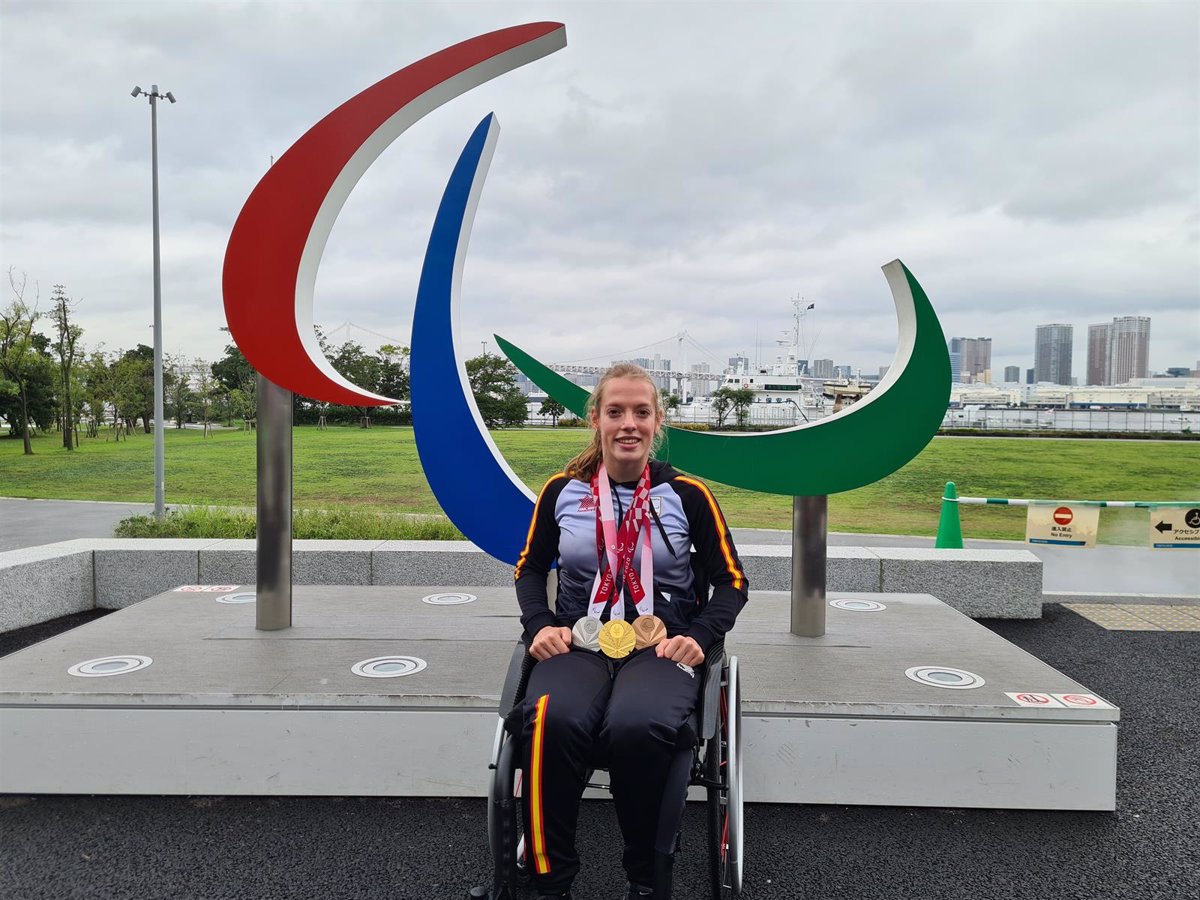 The swimmer Marta Fernández will be in charge of carrying the Spanish flag at the Closing Ceremony this Sunday of the Paralympic Games in Tokyo, as confirmed this Friday by the Spanish Paralympic Committee (CPE).

The Burgos, who was born with cerebral palsy, has made her debut in the Japanese capital at a Games after practically breaking into the international scene a year and a half ago and has become the athlete, woman or man, with the most medals of the national delegation with a total of three.

Fernández, 27, first won the silver medal in the 50 butterfly of the S5 class where she also set the world record of the S4 class (40.22) and it was on August 31 when she was proclaimed the Paralympic champion of the 50 breaststroke SB3.

The bronze in the 50 free S5 was the brilliant closing for the Castilian.Leonese swimmer who, in total, has competed in five finals at the Aquatic Center, the four individual ones that she had scheduled, with a fourth place also in the 150 SM4 styles, and the mixed relay 4×50 freestyle which was fifth.

Unlike in the Opening Ceremony, and as it already happened in the Olympic Games, the countries or teams will only parade this time with a flag bearer at the closing in the Paralympic Stadium. The Canarian swimmer Michelle Alonso and the Valencian cyclist Ricardo Ten were the standard bearers of the Opening Ceremony.