Uefa and Fifa: Dealing with Russia’s war of aggression is inappropriate 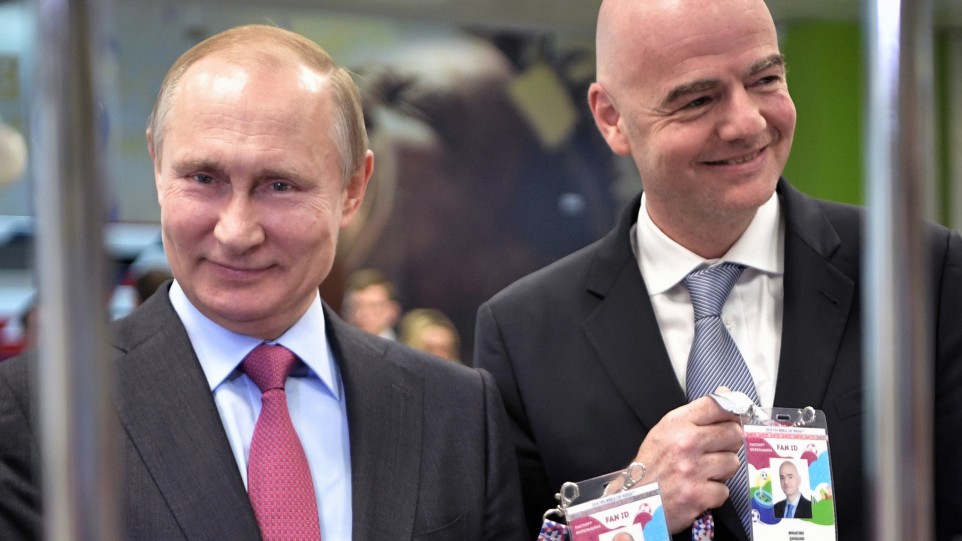 There have probably never been more depressing speeches than those of Andriy Pavelko at the conventions of the international football associations. The head of the Ukrainian association sent imploring messages to the gathered group of officials twice. First at the beginning of April, when he sent a video message for the congress of the world association Fifa from a cordoned off place in Kyiv; and again on Wednesday, when he joined the meeting of Europe’s football union Uefa from the bombed-out stadium in Chernihiv in the north of his country.

These were urgent appeals. And they emphasize that the top football associations must position themselves clearly on the Russian war of aggression. But their dealings with Russia remain inappropriate.

This can be seen most blatantly with Fifa President Gianni Infantino. Although he was only present as a guest speaker at the Uefa Convention in Vienna, almost three months after the start of the war of aggression, the Swiss failed to criticize Vladimir Putin and Russia directly. Instead, he only addressed general vagueness to policymakers tasked with restoring peace. It would be interesting to know exactly why Infantino behaved so kindly towards a criminal regime.

Like the President of the International Olympic Committee, Thomas Bach, Infantino has been one of those officials in recent years who have been particularly close to Putin and Russia. After the Russian invasion of Crimea and open support for the separatist people’s republics in eastern Ukraine, Infantino’s Fifa offered Putin’s regime the stage for a lavish sports festival at the 2018 World Cup – and the opportunity to increase popularity in their own country. And afterwards Infantino even whispered that everyone had “fallen in love with Russia”.

Uefa, on the other hand, is positioning itself more clearly overall, as was also shown in the speech by its President Aleksander Čeferin on Wednesday. The tradition of “political neutrality”, i.e. this mantra that IOC boss Bach and other sports officials pull out even in the most absurd moments in order not to clearly oppose dictators and aggressors, is no longer tenable in view of the war and the atrocities, he said. But even more could come from Uefa.

In fact, some penalties have been imposed. Russia’s club teams are also not allowed to take part in the European Cup in the coming season, the country’s EM bid for 2028 or 2032 has been stopped; Against this background, Russian football is already debating simulation games about a possible move to the Asian confederation. So far, however, no other sanctions have been imposed.

One thought on “Uefa and Fifa: Dealing with Russia’s war of aggression is inappropriate”