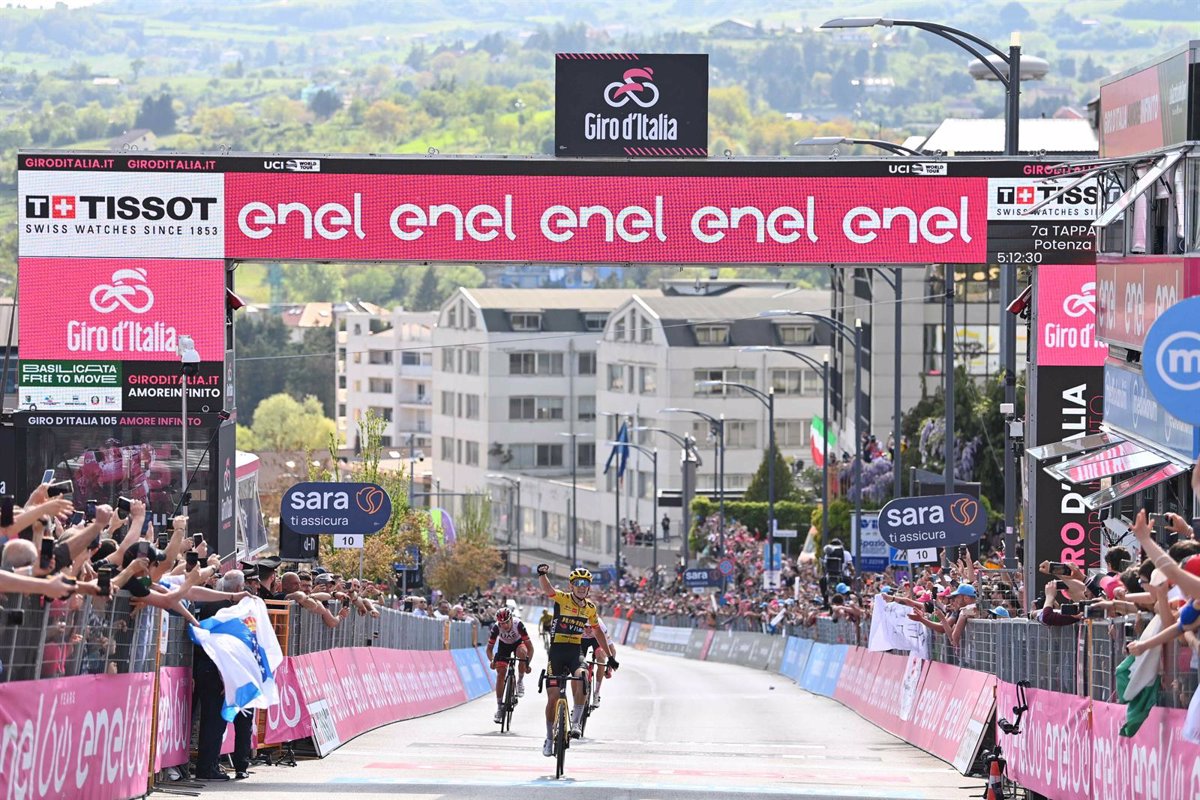 The Dutchman, in a luxury escape, keeps the ‘maglia azzurra’ and the Potenza stage

The Dutch cyclist Koen Bouwman (Jumbo-Visma) has won this Friday the seventh stage of the Giro d’Italia, disputed between Diamante and Potenza over 196 kilometers, being the strongest in a luxury escape that reached the finish line with power, in a stage without rest and full of heights in which there was no movement among the first of the general.

The final ramp of 350 meters in Potenza required its translation into Spanish; Energy. And the one who had it the most, the one who had the most power in his legs despite the previous wear and tear in this tough stage, was a Bouwman who knocked out Bauke Mollema (Trek-Segafredo) and Davide Formolo (UAE Team Emirates) after the help of his partner Tom Dumoulin.

Behind, in the group of favourites, there were no attacks on any of the climbs, not even on the tough ascent of Montagna Grande di Viggiano -60 kilometers from the finish line-. Of course, there was some uncertainty since, at some point in the stage, Koen Bouwman himself and even Bauke Mollema dreamed of the ‘pink jersey’ that the Spanish Juan Pedro López (Trek-Segafredo) continues to wear.