Marc Prensky: Academics have stolen education, why do children learn footnotes in the third grade? 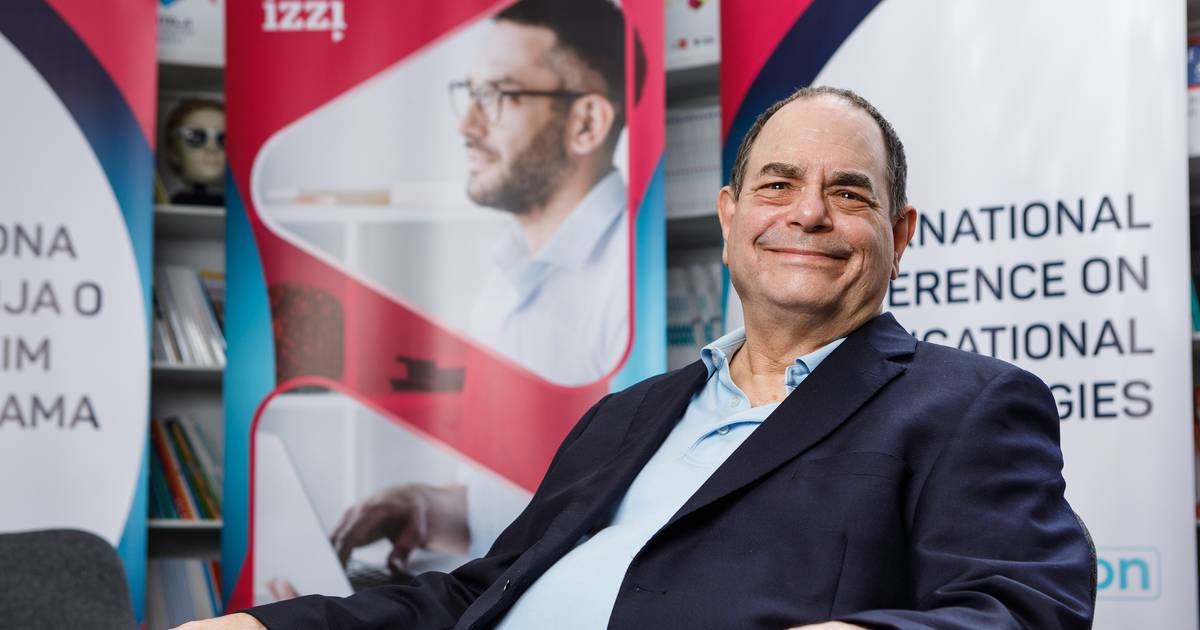 American writer and educator dedicated to improving education Marc Prensky, 76, is one of the keynote speakers at an educational conference organized by Profil Klett this Friday. In early 2000, Prensky introduced into the narrative expressions such as digital native (generations born in the culture of the Internet, digital, etc.), and digital immigrant (generations that had to adapt to new technological and social changes. In Split he will present a new book “Empower , Reframing growing up for the new age. ”We discussed with Mr. Prensky whether his theories of generational misunderstanding due to new technologies, questioned by humanities and social sciences scholars, are still valid for him.

1. What will be the main topic of your lecture in Split?
The main topic of my lecture will be my new book “Empower, Reframing growing up for the new age”. The idea is that we are moving into new times and what we did in the 20th century will not work in the later 21st century. We are currently struggling, and education in particular is suffering. Education consisted of putting things in front of children, whether from their parents, teachers, through curricula. We will have to give it up now. We can no longer “put” knowledge and skills into children, but we must begin to “extract” them from them. Although there is progress, we have not learned it yet, so we still have a lot of work to do.

2. Why do teachers and parents have so many problems? Why is it so hard to make those changes? Is it a matter of system, or personal disorientation?
I think, generally speaking, the world was a world of “replacement”. Previously, when you asked a young person what you want to be when you grow up, the question was actually “who do you want to replace when that someone dies”. We all got used to it and figured out how to do it and we had an education that helped us with that, and it worked really well. And then the world changed abruptly, and young people started asking for help, they started demanding skills from educators, they started asking from an early age to provide them with the skills to achieve what they wanted. At the same time, they were very frustrated because they were told to sit and listen for 20 years, even though they knew they could do some new, interesting things.
Therefore, the combination of new abilities and the “I can do it” attitude has made a big difference.

3. How are digital education affected by these changes? You set up some phenomena like “digital natives” and “digital immigrants”. Do you still stick to that theory, or have you changed your mindset?
Here’s where my opinion stayed the same, and where it changed: I still think there’s a big generational divide and that these phrases are useful for interpreting that. This is especially true with the advent of digital technologies, which have brought about great change. And that arrival happened in the late 20th and early 21st centuries. So it’s all still new to all of us.
Where I changed my mind is that I withdrew from teaching. I no longer think that education that the world defines as learning to read, write, math, language, before understanding these skills, is good for our children. I think in the future children will literally not tolerate sitting in classrooms all those years and listening because they know they can make a difference.

4. What does it take for these changes to start happening?
I am a big fan of empowering children, so is the title of my new book. And this can be done by giving them real life projects, where they see measurable results and impact on the world. And repeat those projects constantly. Very few schools do this, but there are places that have started to practice it. They are generically called “emopowerment hubs”. There used to be clubs, organizations, extracurricular activities, but now there are more and more independent spaces, where young people can come and say “I want to do a project on ecology”, or electric cars. And someone will help them find a team, mentors, who will help them achieve positive effects. I see them appearing slowly, but not within schools, because schools are still engaged in academic education. But achievement is something that young people love to do, they gain confidence and I think that’s the path I need to take.

5. What has the crown done to the American education system? Do you have data on what they have done to students and schools in the last 2.5 years?
Nothing really happened, in terms of changing the system. What has happened is the realization that teaching does not have to be performed live if it is not possible. But teaching is not good either live or online. And it turns out that whole generations, like my son, have given up on using zoom and other tools, which is actually awful. Here we talk. Everyone should do it that way, children should meet online with other children in the world, not just impose the same outdated way of learning with other tools.

6. What would be the task for governments to start changing that education system? We are constantly undergoing some reforms, which are starting and ending, without any analysis, but it seems that everything has been in the same place for 30 years. Do you think teachers need empowerment too?
We all need that. And I don’t think we’re going to get anywhere just by adding some changes and reforms, it’s an existing system, it’s an academic system that works that way all over the world, but it’s not that good anymore. If I were the government, I would say, let’s start doing something with the existing system, let’s start empowerment centers, let’s give parents and children a choice – who wants to be in school, okay, who doesn’t, let them choose another direction. And parents, who are equally mentors, don’t necessarily have to be teachers. Some will be, some will say they would rather do projects with students, but not everyone will. But the other side is that any parent who has experience can be a mentor or coach to the team implementing the project. We can introduce a lot of people to work with children and make them much happier because they will say, look what I did with my team.

7. This is not a concept that many educational experts support. It is believed that children from education and pedagogy should work with children.
Education does not need to be so sophisticated. If someone wants to do an astrophysics project, they can find an astrophysics expert to help them. And the problem is that academics have literally “stolen” education. For example, my son had to learn to write footnotes in third grade. Why do you have to do this if you are not going to go on to further academic education? That is not what our children need.

8. Which country or region best implements educational change?
None, none at all. It happens in the “pockets” of individual teachers, in individual schools. No state has made a decision that they want to leave education and turn to something better. Everyone is wondering how to teach mathematics a little better, how to improve the existing system, improve skills. But I don’t think that’s a good approach. And I hope that Croatia will be the first.

9. What do you think about the growing divisions and disparities between the rich and elite education, and those who depend on poor public education?
We have to help all the children in the world, I want everyone to benefit from what they get. But academic education, free or paid, will not change that. Children need teams and mentors. And we can do a lot for all of them.

One thought on “Marc Prensky: Academics have stolen education, why do children learn footnotes in the third grade?”