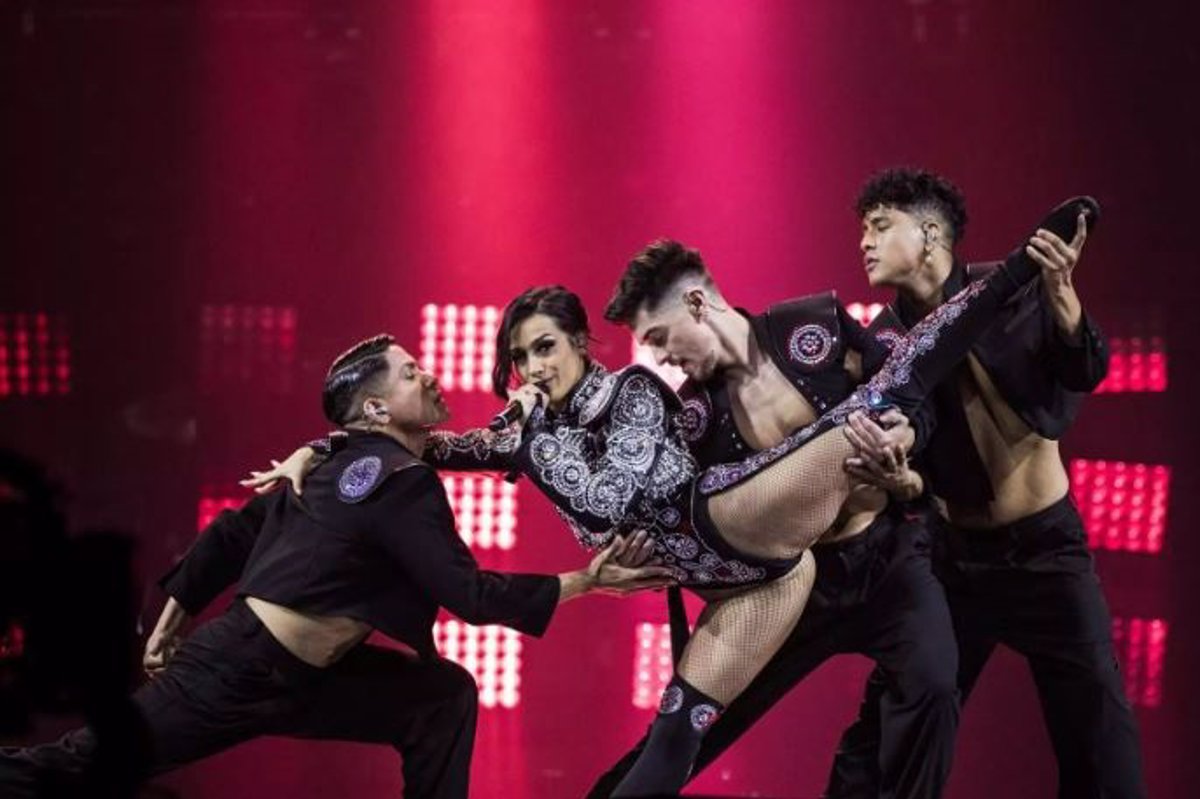 This Saturday the final gala of Eurovision takes place in the city of Turin, in Italy, a country that was the winner last year thanks to Maneskin’s interpretation of his song ‘Zitti e buoni’.

Although it is true that this contest usually brings families and friends together in front of the television, streaming content platforms and social networks have been imposing themselves in recent years, since they are also very aware of this contest.

“Ever since Eurovision launched its channel in 2006, YouTube has been a meeting point to celebrate so many innovative artists who always deliver unforgettable performances,” YouTube Europe, Middle East and Africa Director Dan Chalmers said in a statement. .

In this way, it has become one of the preferred platforms for Eurovision followers. Users have been able to watch on YouTube both the first opening ceremony, which took place on May 8, as well as the first semi-final (May 10) and the second semi-final (May 12).

Through the official Eurovision channel on YouTube, Eurofans will be able to follow tonight’s ceremony, starting at 9:00 p.m. (Peninsular Spain time).

YouTube’s Eurovision universe continues with Eurovision This Month, where you can follow the latest news from the contest, as well as the Eurovision Party Anthems Mix: Volume 1 playlist, which includes some of the festival’s hits (including them ‘Say Yay!, by Barei).

Instagram has become another essential platform for fans of the contest since, on the official account of the contest, Eurovision Song Contest, content has been published about the results of the semifinals, among others.

The names of the winners of these previous finals have also been shared on this social network, as well as video clips of their performances and backstage images.

The platform has also offered fans a series of short videos, included in the Reels section, in which artists invite fans to sing their songs and do a ‘remix’ with them.

For its part, the official account of TVE for Eurovision has replicated some of these videos and has made different videos of the Spanish representative available to users with the ‘hashtag’ #Chanelazo.

TWITCH GOES OVER WITH THE CONTEST

Another of the platforms that has turned to the broadcast of the Eurovision semifinals has been Twitch, where RTVE has a channel in which some details about the performances are discussed.

In addition, small interviews are included with some of the professionals who work behind the scenes, such as organizers of the different delegations and live connections with contest commentators and ‘influencers’.

This Saturday the gala will be broadcast live from 7:30 p.m., to describe the first impressions of both the artists and the public on such a special night.

TIKTOK ALSO SIGNS UP FOR THE FAN PHENOMENON

On the occasion of the latest edition of the Eurovision Song Contest, TikTok has involved several European creators to reinterpret the well-known festival anthem, Te Deum, as well as broadcast the contest with the language of the platform.

Thus, during these days it has launched the initiative ‘The EXTRA side of #Eurovisión2022 is only on TikTok’, where users have been able to unleash their most creative side. As a result, the spot presents a series of images and videos without dialogue, with music as a universal language and different personal versions of each of the performers of this anthem.

These days the platform has also made available to users, through the official profile of the festival (@Eurovision), video fragments in which you can see how the representatives of each country prepare for the grand final and their corresponding songs.

The truth is that, whatever social network users choose to use to comment on the Eurovision final gala, these will once again serve as a link to unite eurofans, music lovers and followers of the contest, as well as to spread special moments of the gala or memes related to it.

In recent weeks, users of social networks who have followed the latest news of the contest have generated debate about who could finally win the prize in this 66th edition of the Eurovision Song Contest.

In this context, the social network management platform Hootsuite has analyzed how the performances of the artists who have been part of the first semifinal have been received by the Twitter community.

In it, which took place this Tuesday, the representatives of Switzerland, Armenia, Iceland, Lithuania, Portugal, Norway, Greece, Ukraine, Moldova and the Netherlands made it to the final.

According to the results of this study, the Spanish representative is crowned the queen of the social network, since her song ‘SloMo’ has accumulated almost 36,000 mentions. Regarding the sentiment of the references to Chanel Terrero, 84 percent of them have been neutral.

On the other hand, 12 percent were positive and only 4 percent have reflected a negative sentiment. In addition, the artist is followed by mentions to the representatives of the United Kingdom and Finland.

UK manager Sam Ryder and his song ‘Space Man’ have garnered over 32,000 mentions in various Twitter posts and comments. Of them, 83 percent were made by men and 17 percent of them from women.

On the other hand, the Finnish band The Rasmus and the theme with which they represent the country, ‘Jezebel’, have been mentioned more than 24,000 times: 55 percent of them from men and 45 percent from women.

They are followed by the representatives of Italy, Blanco and Mahmood, who have been mentioned almost 17,000 times, with 90 percent neutral impressions, 8 percent positive and 2 percent negative.