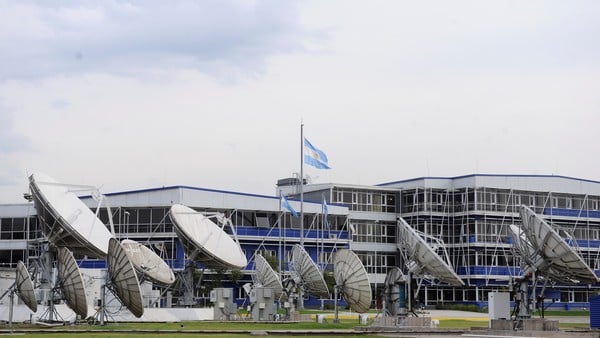 About 60 professionals work on the first satellite that will be a laboratory for new Internet of Things technologies, the LAB SAT IOT, with a view to this tool being used in rural, mountain and nautical areas with the same efficiency that they have in big cities. The main objective is to expand connectivity in the country.

The initiative, the only one of its kind, received a Non-Reimbursable Contribution (ANR) from the national government to advance in the construction of the subsystems (antennas, solar panels, design, among others) that allow progress in phase one of the project, which requires a investment for US$ 200,000, The head of the Professional Council of Telecommunications, Electronics and Computing Engineering (Copitec), Miguel Pesado, told Télam.

Currently there are “different teams” of professionals who work “on 10 subsystems, we are talking about 60 people specialized in these technologies,” Pesado said in dialogue with Télam.

The planner of the project is Marcelo Fama, a member of the National Atomic Energy Commission (CNEA), who participated in the construction of Arsat I and II and in the High Technology Test Center (Ceatsa) of Bariloche.

“Phase one is a single satellite, and phase two a fleet of satellites, in the order of 100 satellites, for which we hope to get investors who can join in this development,” he added.

Take internet to the whole country, one of the objectives of the plan. CEPPA photo

Once put into orbit, the first satellite will allow “all the entities that join the project to experiment with other variants of IoT (Internet of Things) developing the service with other terrestrial IoT operators without having to change the technology, using the same infrastructure, in such a way that the sensors used in large cities could be used in rivers, seas, mountains and others,” said Pesado.

He stressed that the objective is that the areas of the country where terrestrial networks do not reach, can have satellite data services.

The forecast is that in addition to the end users, the clients of this satellite service will be mining companies, oil companies and agriculture, among other activities.

They anticipate that in areas “where there is no access through networks” such as rivers, mountains, lakes or jungles, the service allows “take sensor reading and actuate devices”.

Asked about the launch, he indicated that “conversations are advanced to launch the first satellite with SpaceX.”

For phase two, at the launch of the 100-satellite constellation, “we intend to establish a work program to launch from Argentina“, given that it is the “ideal territory” to locate the units “in the orbit that we choose, which is close to the circumpolar”.

The initiative will work both on licensed radio spectrum frequencies (such as those used by communications operators to provide 4G services and in the future 5G) and on unlicensed frequencies.

Copitec, the University of Palermo and the Foundation for the Development of Telecommunications, Electronics and Computing (Fundetec) participate in the project, and the collaboration of entities such as the National Commission for Space Activities, that has telemetry stationsamong other.

Prototypes of the most important subsystems for the mission are currently being tested, and the “clean room” is also being built, where the satellite with all its subsystems will be integrated.

“This project is ahead of the standardization and adaptation to the satellite segment of technologies such as 5G, Lora and others,” they indicated from Copitec.

The Faculty of Engineering of the UP leads the technical direction of Labsat and other universities such as the National University of Avellaneda, and institutions that adhere to this project, and will be able to use the space laboratory for the development of their academic and scientific communities.

Fundetec and the UP are the axis of the concretion of the LAB SAT IOT project, and enable the production possibilities of the scientific and technical capacities of the adhering universities and institutions.