Brazil hires hackers to test its voting system: They fail to break it 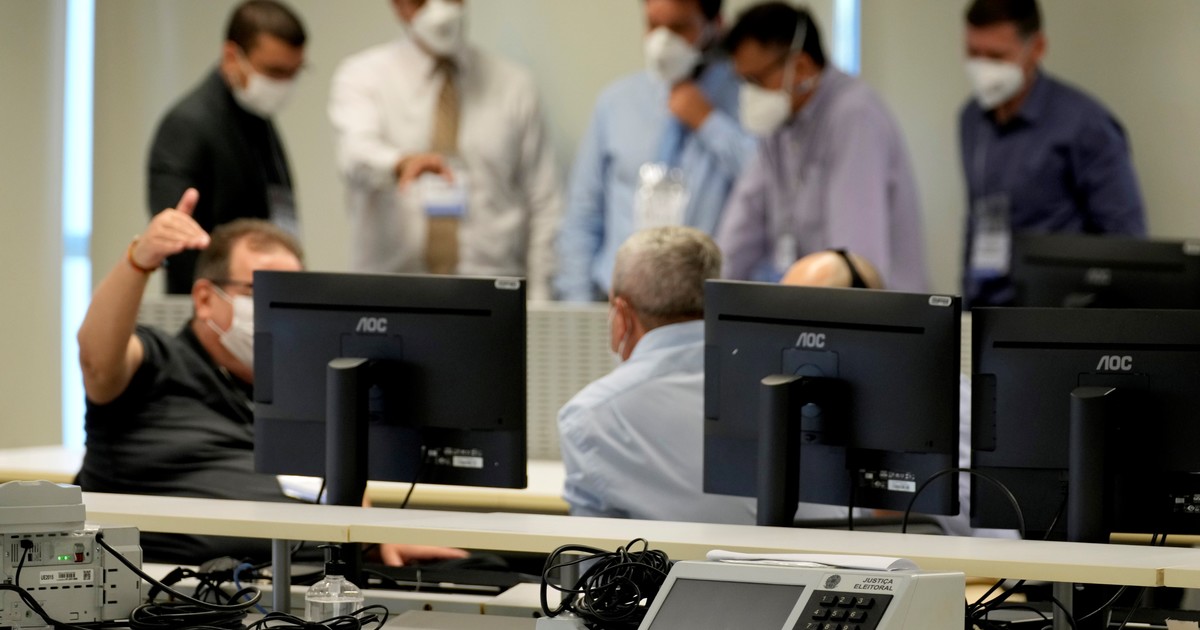 More than 20 hackers met this week at the headquarters of Brazil’s electoral authority, in the capital, Brasilia. Your mission: infiltrate the voting system of the country before the expected presidential elections in October.

His battery of assaults, which lasted three days, ended on Friday and was part of the tests that are carried out every election year and that usually pass without incident and without attracting attention. But with President Jair Bolsonaro continually questioning the reliability of the system, the test has taken on enormous significance as the electoral authority, the Superior Electoral Tribunal, or TSE, tries to bolster confidence in the upcoming general election.

Analysts and members of the TSE affirmed that the results of the tests were more encouraging than ever. All the experts who tried to tamper with the system “including federal police officers and university professors of engineering, information technology, data security and computing they failed”.

“No attack managed to alter the fate of a vote in the electronic ballot Julio Valente da Costa, the entity’s information technology secretary, told The Associated Press in a later interview. “This test is important so that we stay calm, at least about the technological and information components of the elections.”

So are the voting machines. AP Photo

When Bolsonaro won the presidential race four years ago, he claimed that he had actually won in the first round, not in the runoff held weeks later. The former army captain has stated on several occasions that the voting system that has been used for three decades it is vulnerable, and has sometimes claimed that it has evidence of fraud even though it has never presented any evidence.

Last year, the president suggested that the elections could be canceled unless Congress approved a reform of the vote. But the proposed constitutional amendment did not get enough votes.

Both analysts and politicians have expressed their concern that the far-right Bolsonaro, who according to the first polls would be behind the leftist former president Luiz Inácio Lula da Silva, is preparing the ground to follow the example of his American ally Donald Trump and reject the election results.

The TSE has done everything possible to provide the electoral process with more transparency, even inviting the armed forces to be part of its transparency commission, although traditionally the army’s role in elections is limited to taking ballots to isolated communities and reinforcing security in violent areas.

Some political and military analysts have argued that the TSE’s offer turned out to be a mistake as tensions have since risen. an army general who is part of the commission submitted dozens of questions to the electoral authority at the beginning of the year.

“(The armed forces) are being guided to attack the process and try to discredit it,” Supreme Court Judge Luis Roberto Barroso, who presided over the TSE until February, said during a conference at a German university on March 24. His statements were criticized by Bolsonaro’s Defense Ministry, which issued a statement calling the accusation “a serious insult.”

Barroso’s successor, Supreme Court Judge Luiz Edson Fachin, stated on Thursday that the elections will be guarded by “unarmed forces” and added that the TSE’s declaration of results will be definitive.

The concern that remains

Despite this, some analysts remain concerned.

“Today, the armed forces are part of the Bolsonaro government, from a political point of view, and they are collaborating in the president’s efforts to corrode institutions from within“João Martins Filho, a military expert who heads the Brazilian Association for Defense Studies, said by phone. “This is not a minor thing. It’s very dangerous”.

Last week, as the TSE prepared for the test, Bolsonaro promised that his party will seek an external audit of the system before the first round of elections.

The TSE test began in November, when experts selected 29 methods to infiltrate the voting system. Five managed to cause some type of interference, which were minor and did not affect the results, the entity said at the time. Those five possibilities were evaluated in the three-day test that week, which showed that all problems had been resolved, Sandro Nunes Vieira, a member of the TSE, told reporters after its completion. A commission will evaluate the results and publish a report at the end of May.

Carlos Alberto da Silva, a data security professor at the Federal University of Mato Grosso do Sul, was part of the group that tried to break into the system. He and a student discovered a loophole in the audio output that could violate the voting confidentiality. On Friday, he told the AP that the problem had been solved by the TSE.

There will be more tests in August, when the TSE will carry out something similar to an election day drill. At that point, the presidential campaign will be officially underway, although Bolsonaro and da Silva are already holding rallies and events.

The Superior Electoral Court will continue to carry out security tests up to 15 days before the elections. Since 1996, never evidence of massive electoral fraud has been found.

Wilson Vicente Ruggiero, a professor of computer engineering at the University of São Paulo and a collaborator with the TSE, told the AP that “the current process is much more secure than that of the past.”

“There is no reason to fear that the ballot or the ticket itself process itself may be rigged”he claimed.

One thought on “Brazil hires hackers to test its voting system: They fail to break it”