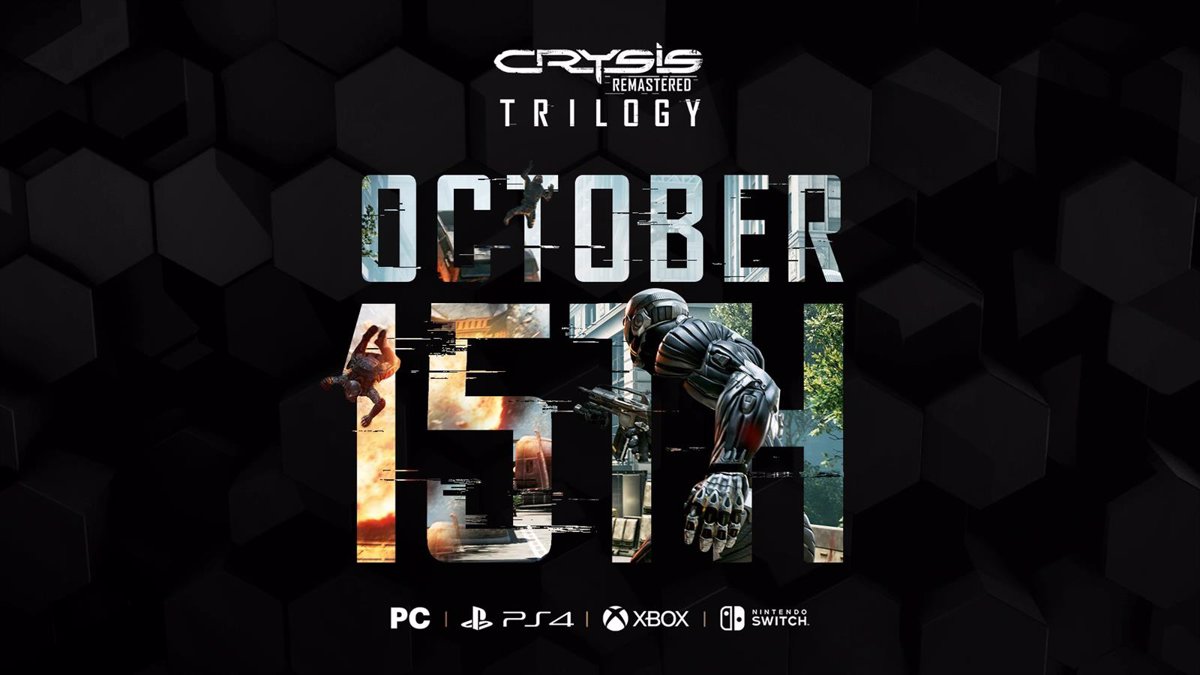 The new video game Crysis Remastered Trilogy, an all.in.one ‘pack’ of remasters of the Crysis, Crysis 2 and Crysis 3 single.player campaigns, It will be launched on October 15.

The first installment of Crysis was originally released in 2007 for PC, Xbox 360, and PS3– This first.person shooter title, along with the two subsequent episodes, will be released remastered now for the next and previous generation consoles and PC.

This has been announced by the video game studio Crytek, developer of the saga, which also will allow you to purchase Crysis 2 Remastered and Crysis 3 Remastered individually from October 15.

Crysis Remastered Trilogy is optimized and enhanced for the new generation of consoles. The original games had an average resolution of 720p and up to 30 images per second (fps). On Xbox Series X and PS5, works between 1080p and 4K with 60 fps, thanks to the dynamic resolution provided by current ‘hardware’.

In addition to these changes, Crysis Remastered Trilogy includes lighting improvements, along with more detailed characters, weapons and environments, as well as HD textures–

Crysis Remastered Trilogy to be released October 15 for PS4, PS5, Xbox One, and Xbox Series X and S, as well as PC, for a recommended price of 49,99 euros–