Randi Zuckerberg gave a talk on the metaverse and the future of networks in Argentina: everything he said 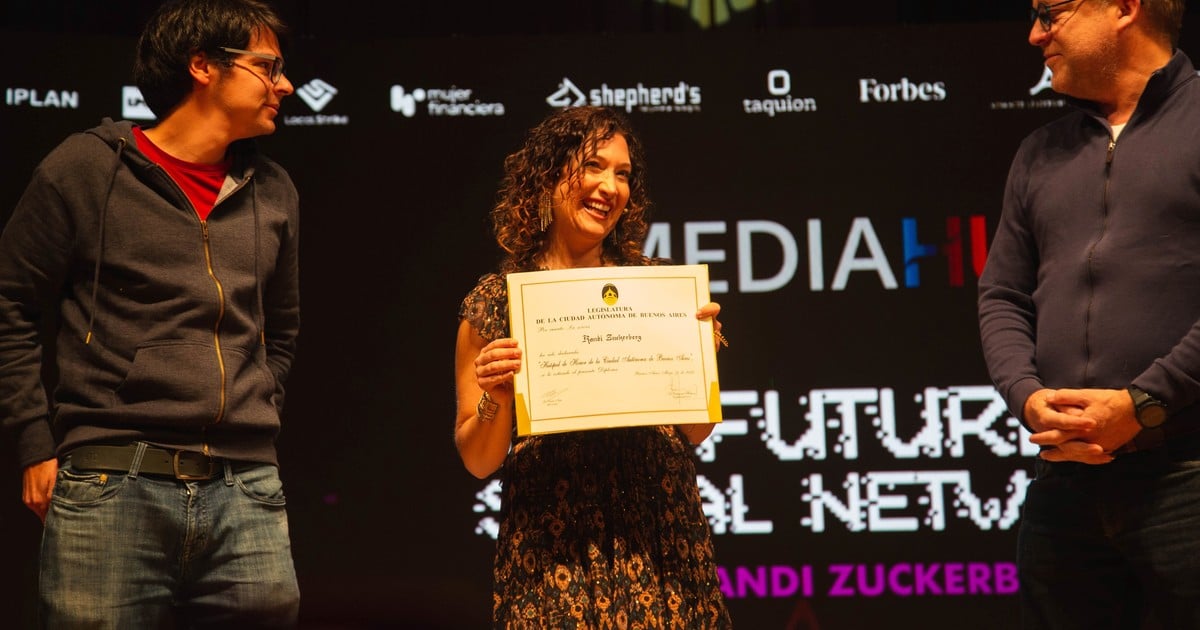 Entrepreneur and technology specialist Randi Zuckerberg He spent the weekend in Buenos Aires to leave his impressions on the importance of learning and knowing what is it and what happens in web 3 or metaversein which through the virtual representation of oneself one can interact with the real world, during a talk he gave about the future of social media.

“Web 1 was about connecting information, Web 2 was about connecting people, and Web 3 is the economics of ownership. What happens when you own what you do online? The metaverse is about this, with a digital representation of oneself, which will interact with what happens in the real world,” said the specialist at a free public event at Usina del Arte, in the La Boca neighborhood of Buenos Aires.

How social media and the metaverse will evolve

The event took place within the framework of an agenda of business networking meetings organized by the MediaHub group.

The opening, minutes after 11, was in charge of María Úngaro, content director of MediaHub and Jorge Brown, vice president of ALF, who agreed on the importance of “knowing firsthand Randi’s experience as a businesswoman, a benchmark in the world of communications and technology.”

In the context of the conference, the founder and CEO of Zuckerberg Media and sister of Mark Zuckerberg, creator of Facebook, based her speech especially on the future of social media and the metaverse.

“We started to see some things, where this could be possible and I think can open up a lot of economic opportunities it’s a different dimension”, she said in this regard, when asked by the interviewer Ivan de Pineda.

He added: “People think of the metaverse and associate it with games and entertainment and it is very important, but there is a lot of education and health to invest in in web 3, and it is being used a lot, they can be done very complicated surgeries online, going to the doctor, taking care of mental health.

In turn, he revealed that 95% of those who are investing in this technology are men, for which he encouraged women to understand and learn from this world “which is opening a new industry of electronic commerce that did not exist before and that of the cryptocurrency”.

The head of government of the City of Buenos Aires, Horacio Rodriguez Larreta, was present at the conference given by Randi Zuckerberg.

“Brands need to understand how consumer behavior is changing and why – why consumers are so interested in being owners of their own content, their data“, he said, adding that while consumer behavior metrics change, “one thing that isn’t changing is the importance of the community and the audience, and with web 3 you own the audience.”

He also highlighted the role that influencers play in society, because “they interact on so many levels and people are very passionate about very niche topics.”

At that point, Randi Zuckerberg recommended “being an influencer on something very specific and being able to develop a passionate audience and become a number one leader and expert.”

Randi Zuckerberg, honored by the City of Buenos Aires

Mark Zuckerberg’s sister was not alone, as she was accompanied by the Head of Government of CABA, Horacio Rodriguez Larreta, and the Secretary of Innovation and Digital Transformation of the City, Diego Fernández, who stated that “It was a unique and very inspiring meeting. Without a doubt, Randi’s experiences and reflections account for all the changes we are going through as a society and all the opportunities we have to continue transforming through technology.”

And he added: “From the Government of the City of Buenos Aires we celebrate these meetings with leaders who inspire and motivate us to continue promoting the use of technology as an engine of change and transformation.”

Before the end of the day, the marketing expert and creator of Facebook Live received the diploma of “Guest of Honor of the Autonomous City of Buenos Aires” hands of the Head of Government of Buenos Aires, Diego Fernández and the legislator Dario Grandson.

The future of Social Networks was the main concept of the meeting that was broadcast live, via satellite and YouTube, in which authorities such as Alejandro Spinello, Director of MediaHub and Jesus Acevedo, Global CEO of the Advanced Leadership Foundation, participated.