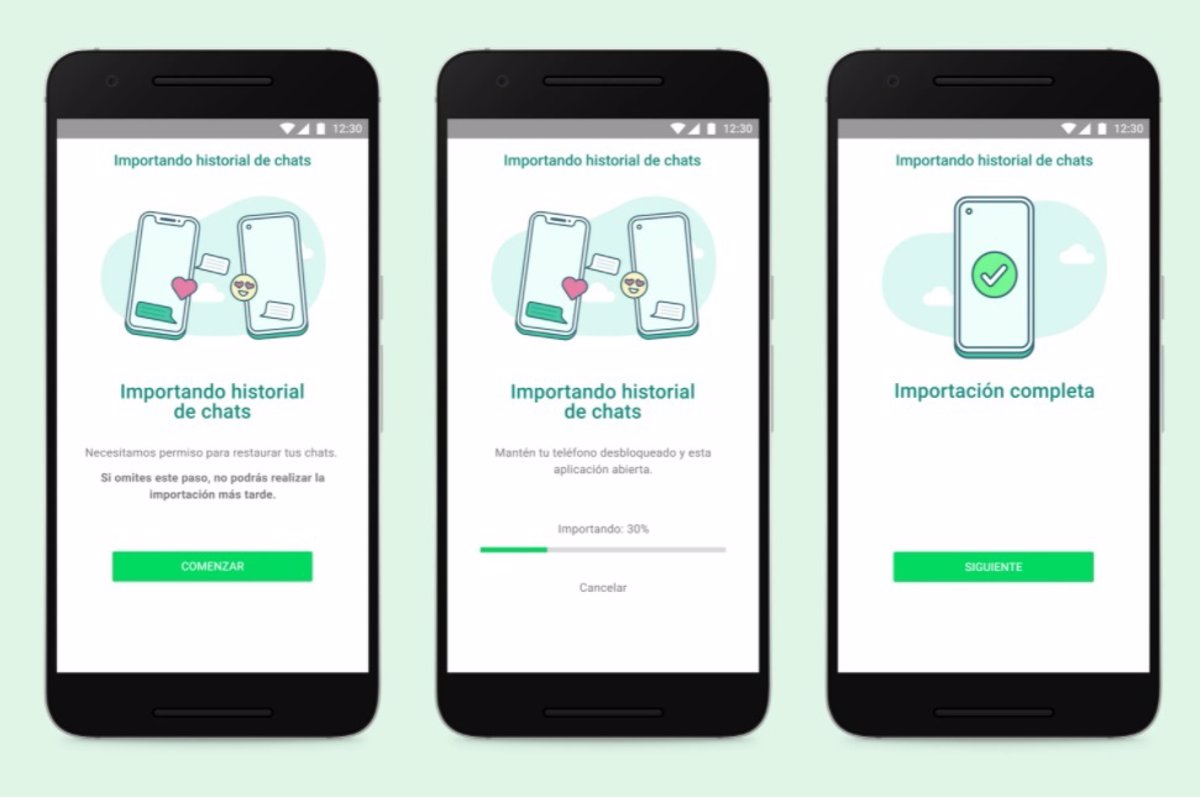 The WhatsApp messaging application already allows its users to transfer your chat history between iOS and Android devices from all Samsung mobiles with Android 10 system onwards, and will be rolling out to more Android devices soon.

The tool to transfer WhatsApp history between iOS and Android debuted at mid.August on the latest foldable phones from Samsung, Z Fold 3 and Z Flip 3– It is the first time that users of the app have been able to transfer their chats and files between operating systems.

Now, the history transfer tool has been extended to more Samsung mobiles, reaching all the brand’s devices with Android 10 and later versions of the system, as reported by WhatsApp through a statement.

Likewise, the application has expressed its intention to bring this function “soon” to more devices with Android operating system.

To transfer files from one device to another, users will need a cable de USB tipo C a conector Lightning de Apple. This process uses end.to.end encryption as a privacy mechanism, as in the rest of the app.