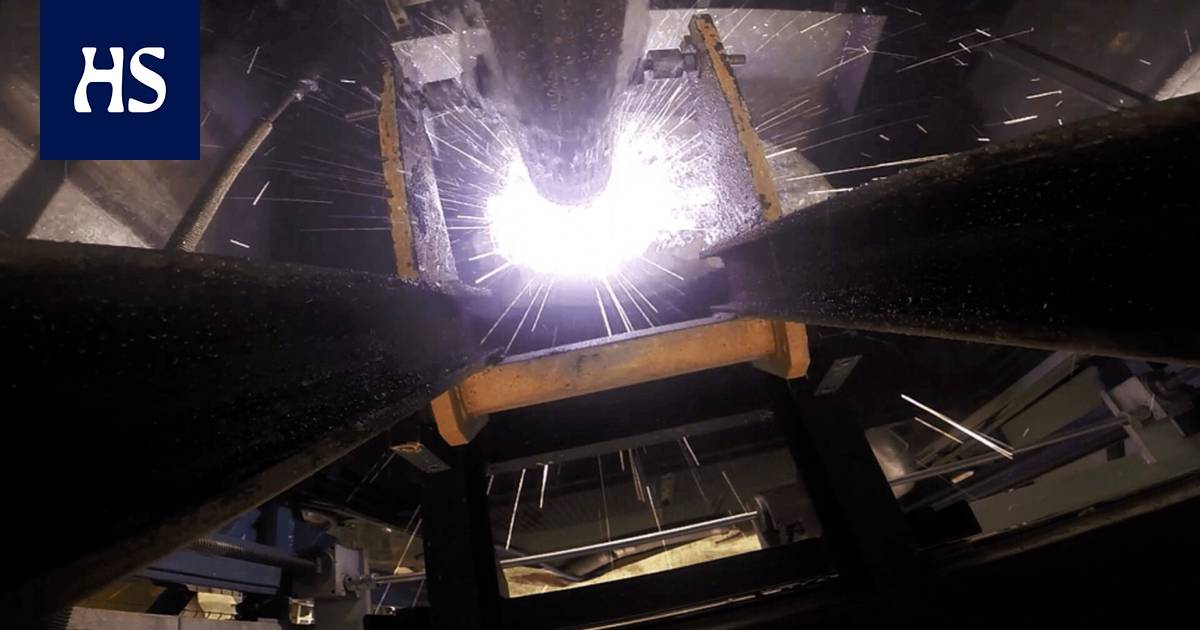 For years, Finland’s first industrial-scale geothermal power plant was planned in Otaniemi, Espoo. However, the project, led by energy company St1, has run into difficulties, and Fortum withdrew in April.

Advocates of geothermal energy have not been discouraged by the failure of the drilling project. According to them, it is only a slowdown, not an obstacle.

All you have to do is make a deeper hole and with new technology – melting and steaming the stone. Other technologies are being developed.

Security of supply has also become an incentive. A geothermal power plant is an ideal solution for security of supply. Geothermal energy is able to protect itself from both political and economic risks as well as weather and climate changes.

One possible – but not the only – location is the former Pyhäsalmi mine in Pyhäjärvi. The partner is Finest Bay Area Development Limited Liability Company, whose leading role is as a mobile game developer. Peter Vesterbacka.

“We have also been looking for a suitable electricity generation partner or operator during the winter, and some good partner candidates have been found. This may mean that the borehole comes elsewhere than in Pyhäsalmi, ”he says Gustav Valtonen. He works at Vestbacka’s partner Finest Bay Area Development.

The company is best known for the Helsinki-Tallinn tunnel project, and new drilling trials are also promoting tunnel plans.

“At the same time, the functionality of the plasma drilling method is being tested in the Finnish bedrock with a view to drilling the Tallinn tunnel. We get good information about this project to support the planning, ”says Valtonen.

Company uses plasma to vaporize the rock at a temperature of about 6,000 degrees. GA Drilling presents a way With a video from YouTube.

The depth of the hole is of interest in energy production.

“The goal is to drill as deep a hole as possible for energy production. This means a hole 7 to 10 kilometers deep. GA Drilling’s technology makes it possible to drill some deep holes more cost-effectively, ”says Valtonen.

The deeper the hole is made, the hotter the rock is reached. At this point, Valtonen does not go to predict the temperature at the intended depth.

If a hole a decade deeper is needed, radio wave drilling is available. It is being developed by an American Quaise Energy.

According to the company, it is possible to make a hole in the rock up to 20 kilometers deep, at the bottom of which the temperature is 500 degrees.

Deep the holes would benefit the energy economy, especially in places like Finland, where the surface layers of the earth’s crust are cool.

Researchers at the Geological Survey of Finland have studied the depths at which a temperature of 100 degrees is reached in any part of Finland. Looks cool.

In the hottest areas in south-eastern Finland and the western part of Åland, drilling is required to a depth of more than 6,000 meters. In most parts of the country, the progress must be between 7,000 and 8,000 meters.

Quay Energy plans to build a full-scale demonstration plant as early as 2024.

In 2026, energy would be produced commercially from “a handful of wells” at 100 megawatts. In 2028, a geothermal power plant would replace a coal-fired power plant for the first time.

The schedule is ambitious. So far, scientists have made holes in the lab for small boulders.

They believe they will succeed because there is many decades of research behind it.

All began with the development of a fusion reactor. The reaction is to be carried out in an ionized gas having a temperature of Between 150 and 300 million degrees.

In the 1960s, Soviet scientists developed a special device for heating plasma, gyrotronine.

In the Gyrotron, a high-voltage electron beam and a magnetic field produce radio waves with a wavelength of 1 to 10 millimeters in the megawatt range.

U.S. Plasma Researcher and Fusion Reactor Developer Paul Woscov of the Massachusetts Institute of Technology co – invented with his colleagues that the same heating technology could also be used to vaporize the stone.

So radio wave technology is related to plasma, but now it is not drilling with the plasma itself, but with a plasma heater.

Hardware externally resembles an oil rig. The first three kilometers are drilled in the traditional way.

We continue deep with a new hole-making device that is more of a stone vaporizer than a drill. The device makes a hole by melting and vaporizing the rock, not crushing the stone.

Instead of a rotating blade, there is a tube with a diameter smaller than the hole. Radio waves and a suitable gas, such as argon, pass down the pipe.

At the end of the tube, the waves scatter slightly. At the same time, high pressure is created as the stone evaporates. A hole with a larger diameter than the pipe is formed.

Nanoscale, gasified rock particles rise up in the annular gap between the pipe and the hole. The wall of the borehole is strengthened as the molten rock cools. No separate reinforcement material is required.

geotermins the power plant comprises at least two holes with a water-permeable layer between them. If the rock is waterproof, permeability is created by cracking.

The power plant itself is an old invention. Hot water flows up and cooled water is pumped down. The technology is traditional and well tested. The first geothermal power plant began generating electricity in Larderello in central Italy as early as 1904.

The use of current technology has been limited by a small drilling depth of less than five kilometers. At such a low enough rock or water there are few places.

Plasma or radio waves circumvent the problems of traditional drilling. When you go deep, it takes more and more time to change the drill bits and it becomes more difficult to strengthen the walls of the borehole.

Electric particles or electromagnetic waves, on the other hand, would cut the stone like a hot knife in butter, scientists believe.

For now the deepest hole in the world is the 12-kilometer exploration hole on the Kola Peninsula.

It took almost 20 years to drill it mechanically. According to Quainen, a 20-kilometer hole could be made with the new technology in just over three months.

In addition to plasma and radio waves, some other means of drilling are being developed.

In projectile technology, a kind of cannon, a gun gun, fires a “drilling rifle” at rock at supersonic speeds. The technology is being developed by the US-based HyperSciences startup.

Foro Energy in the United States has also developed laser drilling for rock. Thermal spallation and chemical methods have been studied in the laboratory.

In thermal spallation, the stone is broken by heat. In chemical methods, the additive lowers the acidity of the rock, which weakens the bonds of the mineral crystals.

Terrestrial inside, energy naturally flows at about 40 terawatts. Heat is generated by the decay of radioactive elements such as uranium.

Mankind produces energy at about 20 terawatts. A couple of terawatts of thermal power deep underground would be a good addition to the energy palette and would replace some of the fossil fuels.

We can imagine an upward heat fall from which energy can be collected in basically the same way as from a waterfall on the surface of the Earth.

Geothermal industry The Global Geothermal Alliance has assessed the energy resources of the earth’s crust.

It is technically possible to produce 1.2 terawatts, or 8-9 percent of all electrical power.

A twenty-kilometer hole would extend the boundaries of the potential. Geothermal energy would be obtained everywhere.

In addition to electricity generation and building heating, several industrial applications have been devised. The heat can be used in greenhouses and fish farms. Some have already been implemented in traditional power plants.

Kenya In Olkaria, traditional geothermal energy is used to grow flowers and in San Pedro, Mexico, to dry fruit.

The advantage in Kenya, for example, is that heat is already obtained from a depth of a couple of kilometers.

In some places, lithium could be raised with water as a raw material for batteries. The solution has been tested in Germany.

Security of supply was tested at the Domo San Pedro geothermal power plant in Mexico, which was hit by Hurricane Patricia in 2015. The worst was feared, but the department functioned flawlessly all the time.