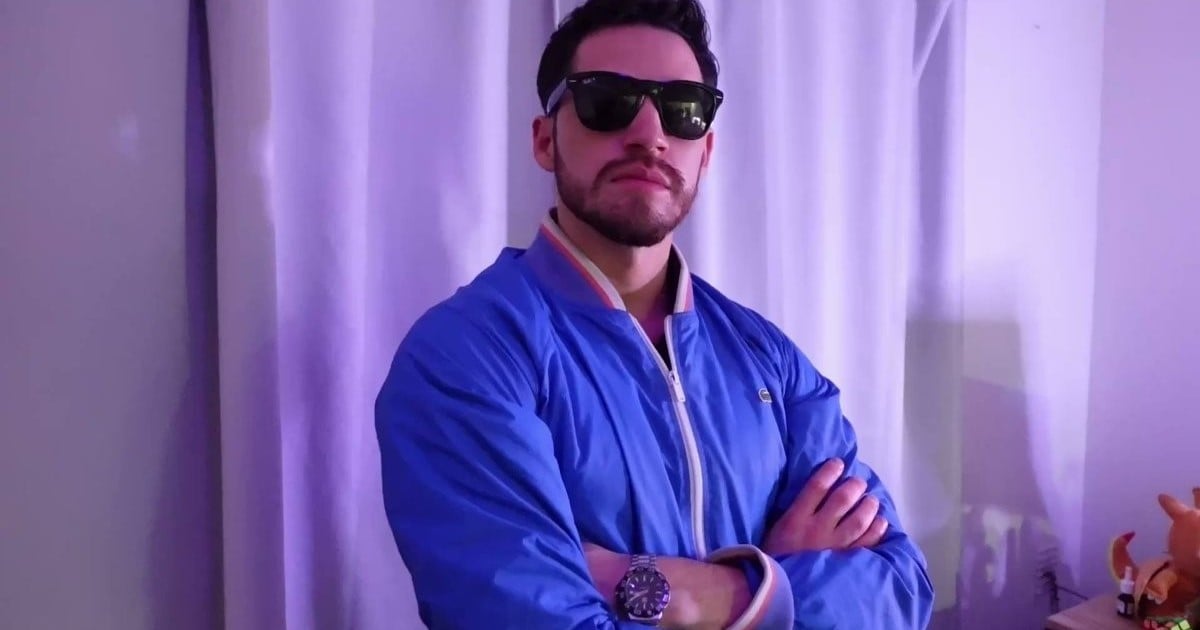 The fuegian Darius “Rupert Rosty” Veal will be the first Argentine gamer to participate in the face-to-face final of the global NFT game competition Axie InfinityAIR22 Championship Series, an event that will be held this weekend at the HyperX Arena in Las Vegas and 30 thousand dollars in prizes.

Rupert Rosty, 30, will participate on behalf of Ola GG the representative for the Spanish-speaking market of Yield Guild Games (YGG- the largest decentralized gaming guild in the world), a community that gave him a scholarship so he can play the popular “play-to-earn” game and compete among the best in different tournaments.

Born in Ushuaia, this professional poker player and, even before the pandemic, he traveled the world playing different championships. Precisely, the quarantine prevented him from continuing in competition in that way and that is where he met Axie Infinty.

“Rupert Rosty” will be representing Ola GG, the largest Spanish-speaking Play to Earn community in the world.

At first it was handled alone, with its own investment, but after consolidating itself as a member of the competitive scene formed an alliance with Ola GG to aspire to the top of the world ranking of the game.

After qualifying in the previous four rounds, held last February, March and April, “Rupert Rosty” earned a spot among the 8 finalists from around the world who will compete for the final trophy this weekend in the city of Las Vegas.

“When I found out that Ola GG was looking to form an esports team, I contacted them; the response was quick and very positive. I am super happy and motivated to be traveling to Las Vegas to compete with the world elite of Axie Infinity and represent the entire Spanish-speaking community”, assured “Rupert Rosty”.

“Part of Ola GG’s vision is to have something for all gamers who want to be a part of it and we believe that Esports is a fundamental part of the long-term growth of our community. Accompanying “Rupert Rosty” in this final is the first step of many that we will take in this direction in the future, and with a variety of games”, added Martin Blaquier, CEO of Ola GG.

How the Axie Infinity World Cup is played

Axie Infinity has more than eight million registered players, and about a million of them play every day.

The modality of the competition in Las Vegas will be as follows: each participant will be able to use 10 axies, throughout the tournament. In each phase, you will select 1 specific axie of your opponent that will be prohibited from using for that entire fight.

The growth of gamers play-to-earn games such as “Rupert Rosty” is produced thanks to the arrival of communities such as Ola GG, which offer the possibility of accessing scholarships, at no cost to the player, thus eliminating the barrier to entry and creating opportunities to earn money playing them.

Currently there are more than 3500 scholarship holders being this already the Hispanic community that gave the most scholarships and maintaining a rhythm of a community that is giving more than 350 per week for players from Axie Infinity, Cyball y KarmaVerse. And soon it will add more games to its portfolio.

To apply for scholarships, you must join the official Ola GG Discord, participate in community activities (such as the general chat) and complete a basic registration form, for which you must be over 18 years of age.

This system contemplates an important benefit for the player, since the Profits that the scholarship recipient obtains in cryptocurrencies in each title where he participates, 70-30% will be shared (player-Ola GG, respectively). It should be remembered that Axie Infinity delivers the AXS cryptocurrency as part of its offer play-to-earn.