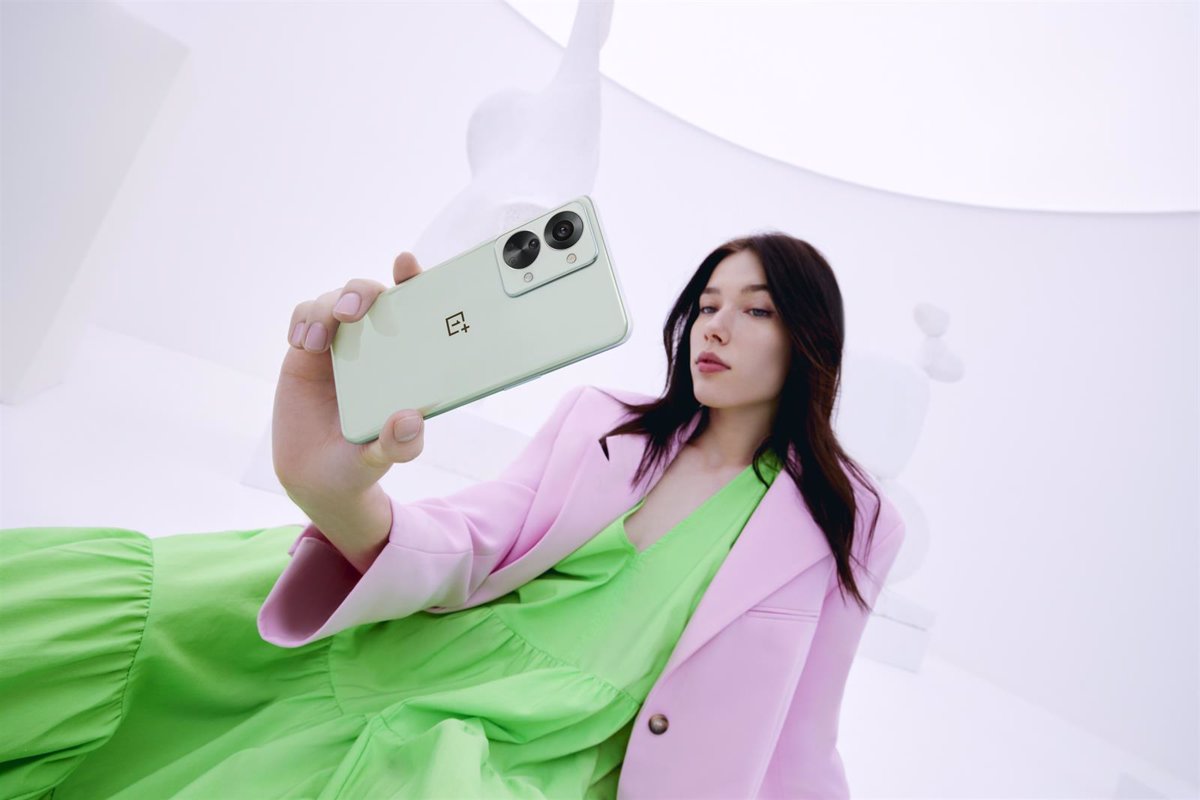 The Chinese company has pointed out in a virtual event that one in two OnePlus phones sold in Europe belongs to the OnePlus Nord line and that 80 percent of OnePlus Nord CE 5G users come from using other brands.

With the aim of continuing to expand its catalog of smartphones and its market in Europe, OnePlus has presented the Nord 2T 5G and OnePlus Nord CE 2 Lite 5G.

The first of them, OnePlus Nord 2T 5G has a thickness of 8.2 millimeters and 190 grams of weight and presents a screen 6.43-inch AMOLED FHD+.

The panel has a refresh rate of 90 Hz and is compatible with the HDR10 + standard, present on the main streaming platforms.

The OnePlus Nord 2T 5G is powered by the ‘chipset’ MediaTek Dimensity 1300which promises to reach speeds of up to 3 GHz to the Octa-Core processor and is accompanied by better temperature control thanks to HyperEngine 5.0 technology.

The ‘smartphone’ features 12 GB of LPDDR4X RAM and up to 256 GB of UFS 3.1 storage. Additionally, it supports WiFi/Bluetooth Hybrid 2.0 technology, which enables more consistent data speeds when connected to wireless networks and reduces audio latency when connected to Wi-Fi and Bluetooth devices simultaneously.

In this way, it offers the necessary energy for the whole day with only 15 minutes of charge, 120 percent faster than the original OnePlus Nord.

In addition, this new device is certified TÜV Rheinland and with nine built-in temperature sensors to monitor the charging temperature in real time.

On its back, the OnePlus Nord 2T 5G integrates a camera made up of a sensor Sony IMX766 50 megapixel (MP) camera with optical image stabilization (OIS), an 8 MP ultra-wide-angle camera with a 120-degree field of view that promises to capture more of every scene, and a 2 MP macro lens.

OnePlus Nord 2T5G assumes de one way ‘Nightscape’ improved and claims to be able to record slow-motion videos with a frame rate of up to 960 frames per second (fps).

As for the selfie camera, OnePlus Nord 2T 5G uses the same 32 MP sensor as the OnePlus 10 Pro. In addition, it has electronic image stabilization (EIS) and an Artificial Intelligence (AI) blur algorithm, which improves the clarity and sharpness of photos and videos.

The terminal works with OxygenOS 12.1, based on Android 12. To guarantee this experience, OnePlus Nord 2T5G will receive 2 major Android updates and three years of security updates.

It is manufactured in two colors, gray (Grey Shadow), with an anti-reflective treatment and resistance to sweat and fingerprints; and green (Jade Fog), which has a glossy finish and hazy undertones.

The OnePlus Nord 2T 5G will go on sale on May 24, although its pre-order will be available on the manufacturer’s website starting this Friday, May 19.

The other new mobile presented by the Chinese company is OnePlus Nord CE Lite, a ‘smartphone’ with flat edges and a thickness of 8.5 mm, which offers a more comfortable grip.

The second terminal presented by OnePlus integrates a 6.59-inch FHD + screen with a refresh rate of 120 Hz and LCD technology.

This device is made with a 5,000mAh battery and 33W SUPERVOOC charging, which promises to recharge the battery from 1 to 50 percent in 30 minutes.

The device is powered by Qualcomm’s Snapdragon 695 5G processor, which offers an Octa-Core processor with speeds of up to 2.2 GHz.

It is also supported by a Qualcomm Adreno 619 graphics card, which aspires to improve performance by up to 30 percent compared to the previous generation, as well as 8 GB of LPDDR4X RAM and 128 GB of storage.

OnePlus has also reported that this mobile is compatible with the HyperBoost game engine, which boosts features such as the general performance adapter (GPA) frame stabilizer. for a more stable and responsive gaming experience.

Like the most advanced device, this one also has a triple camera system on the back, headed by a 64 MP main sensor. This works in tandem with a 2 MP depth assist camera to ensure clarity and sharpness.

The selfie camera is 16 MP and has an EIS system, as well as technology Dual-View Video, that allows users to record simultaneously with the two cameras of the device.

The OnePlus Nord CE 2 Lite5G arrives in two fingerprint and smudge resistant color schemes. The first is azul (Blue Tide), which offers a wavy gradient of blue and yellow. The second, negro (Black Dusk), which has a dark, matte black finish.

The OnePlus Nord CE 2 Lite5G will also go on sale on May 24 (the pre-order will open a few days earlier on the OnePlus website, on May 19), at a price of 309 euros and with a single configuration of 6GB of RAM. and 128GB of ROM.

The OnePlus Nord Buds have been the third and last major announcement from China, which expands the Nord product portfolio and positions itself as the first audio product in the family.

The headphones are available in black color (Black Slate), they have a metallic feel and feature an IP55 rating against water and sweat, as well as a hydrophobic nano coating that protects them from corrosion.

These headphones are equipped with four microphones that filter out unwanted background noise during calls, further powered by AI-powered noise reduction algorithms.

In addition, they have a mechanical design that reduces wind noise, so that it allows make clear calls in harsh conditions without interference.

Thus, they provide up to 7 hours of playback on a single charge. With a 10-minute quick charge, on the other hand, users can get 5 hours of audio playback.

The OnePlus Nord Buds are equipped with Bluetooth 5.2, and feature an ultra-low latency mode that reduces delays to 94 ms.

OnePlus users can take advantage of the brand’s quick pairing to instantly connect to their device.

On the contrary, those who do not have a OnePlus ‘smartphone’ will have to download the application HeyMelody on other Android devices, through the Google Play Store.

The OnePlus Nord Buds headphones will go on sale on May 24 (with the option to pre-order through the OnePlus website from May 19) at a price of 49 euros.