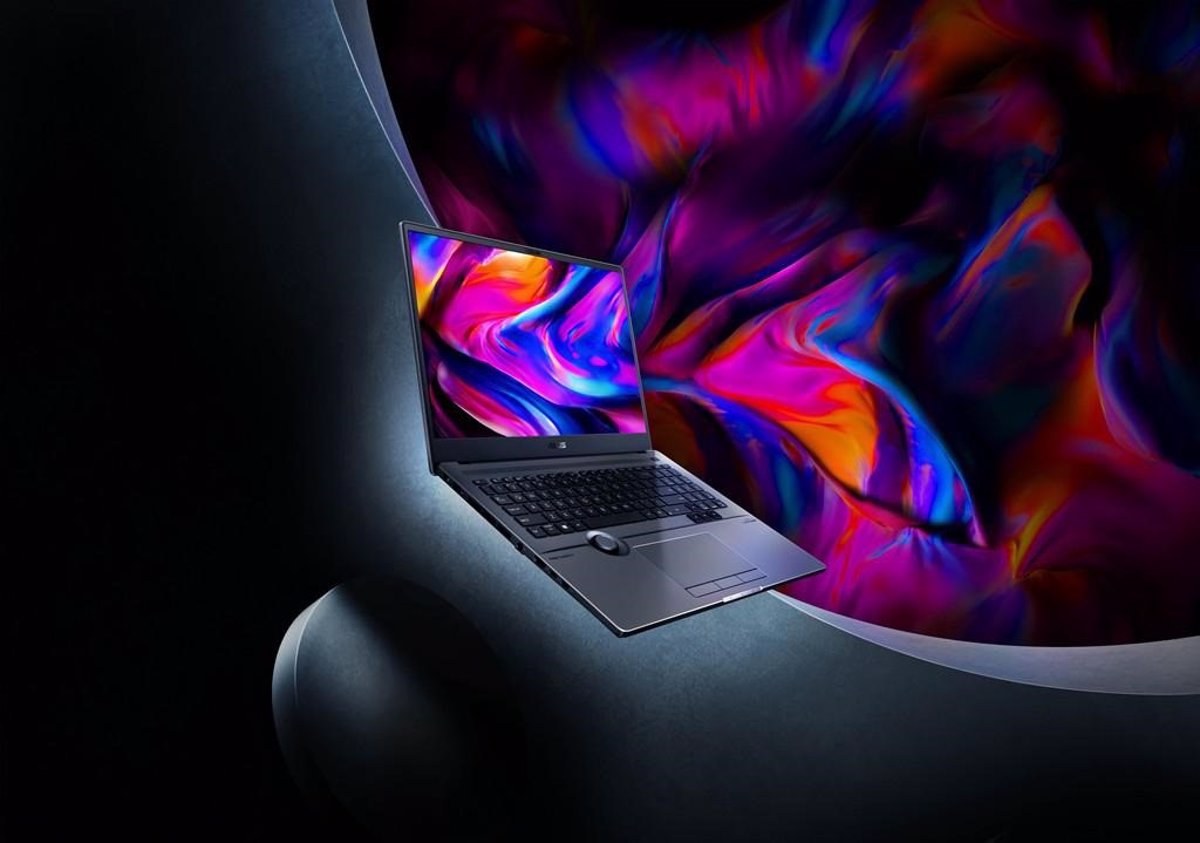 Asus has presented this Thursday its new generation of Laptops for content creators ProArt Studiobook 16 and Vivobook Pro, all of them with options with OLED displays and with dials, physical or on the ‘trackpad’, to perform quick functions in Adobe creative applications.

Asus’ new family of devices targets creators of different types, with different ranges. The Serie ProArt Studiobook 16 and Pro 16 is geared for creative professionalsWhile for casual creators the new Vivobook Pro and Pro X series is made available.

New families equip both Intel Core and Xeon processors as well as AMD Ryzen in its different ranges, and also bet on the use of OLED panels to ensure better color representation on your new notebook computers.

Asus wants “bring OLED to the masses“on their notebooks, which have imaging features such as 100% of the DCI.P3 color spectrum, 70 percent reduction in blue lights to protect eyesight without changing colors, 600 nits of brightness, million.to.one contrast, and 0.2 millisecond response time on average .50 times faster than LCD panels.

The device family incorporates specific features for content creators such as a dial .which can be physical and be under the keyboard., to use effects in Adobe creative software, with quick access and with which you can customize your actions.

The first of the series of creative devices is ProArt Studiobook 16 y Pro 16, with new 16.inch versions for a family that already had the Studiobook 15 and 17 models.

This laptop for creative professionals has a 16.inch 4K OLED HDR display and aspect ratio of 16:10, and it is the only model that has the physical dial from Asus for creative applications such as Adobe After Effects, Photoshop, Lightroom, and Premiere.

Internally, Studiobook Pro can be configured with processors up to Intel Xeon and AMD Ryzen 5000– This model is oriented for the most demanding processes, with up to 64GB of RAM and 4TB of storage, as well as graphics Nvidia RTX 3070–

Also, the Asus laptop has a trackpad with 1024 pressure points to use stylus pens, and a system with three buttons under it.

The range is equipped by a cooling solution with up to 135W power and 102 blades fan, which increase the amount of airflow by up to 16 percent and are accompanied by seven smart sensors. The sound system, designed by Harman Kardon, guarantees the reproduction of both your speakers and headphones.

Asus has also presented its new computers Vivobook Pro, the family geared toward casual content creators with ultra.portable device designs from 1.45 and 1.95kg for versions of 14 and 16 inches, respectively.

The family consists of four models: 14X and 16X and standard Vivobook 14 and 16 models, all of them with screens in material OLED .4K, HDR y hasta 600 nits– and versions in gray and white colors that repel fingerprints and are reminiscent of stone.

Internally, they can be customized with up to 11th Gen Intel Core processors H series or AMD Ryzen 7 and 9 up to the 5000H range, as well as graphics up to GeForce RTX 3050Ti and battery up to 90Wh.

In addition, Asus has provided the family with a virtual version of your dial via an illuminated circle on the trackpad, which the user can make appear to use creative applications and access quick functions.

It also offers a shutter to close the webcamas well as a fingerprint reader on the power button that only requires a single press and noise cancellation technology for video calls using artificial intelligence.

Vivobook Pro specifications are completed with up to 32GB DDR4 RAM, WiFi 6 connectivity and up to 1 TB of storage Solid State Drive (SSD) PCIe 3.0.