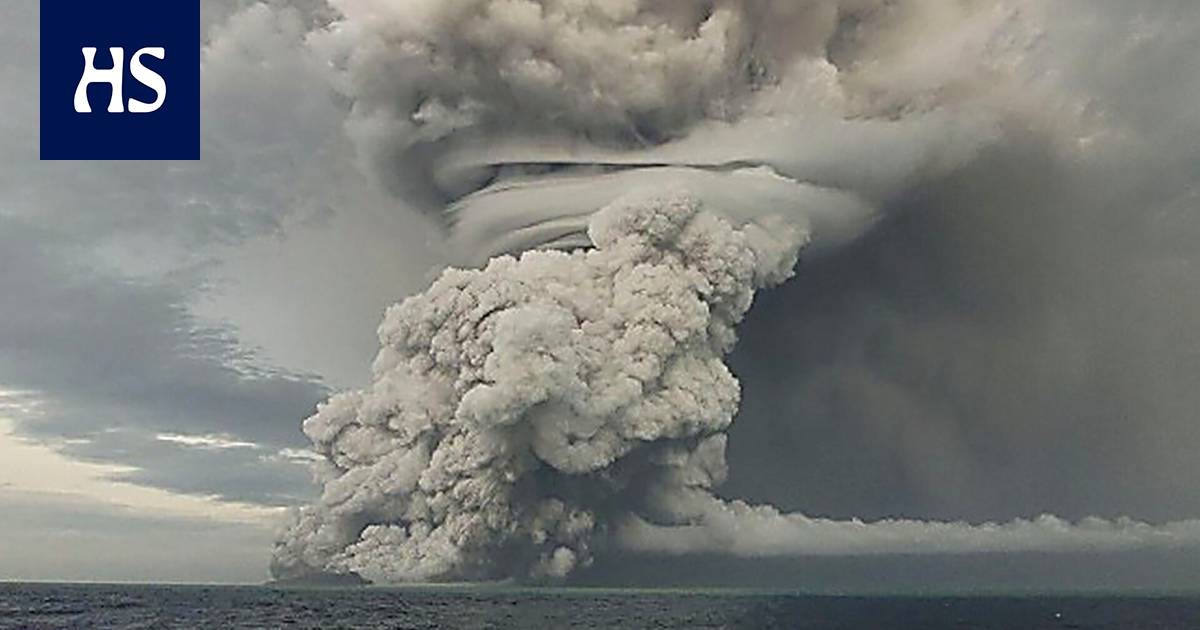 The pressure waves of the eruption in the atmosphere orbited the Earth Fourfold. They were also measured in Finland.

In January The eruption of the Hunga volcano in Tonga has been confirmed as the largest single event in the history of the Earth in two articles published in the journal Science.

The eruption of an underwater volcano in Hunga Tonga-Hunga Ha’apai on 15 January was thus greater than any 20th-century eruption or atomic bomb test.

The previous event that shocked the atmosphere to the same extent was probably the eruption of the Krakatau volcano in Indonesia in 1883, but its measurement data are already uncertain.

Hungan the eruption progressed in several stages in mid-January. The strongest eruption was on January 15th.

The intensity of the pressure wave generated by the eruption was comparable to the largest atomic bomb test ever, the Tsar-Bomba, or Tsarist Bomb, detonated by the Soviet Union over the Novaya Zemlya archipelago in 1961.

However, the pressure wave in Tonga lasted more than four times longer.

The waves generated by the Tonga explosion in the atmosphere orbited the Earth Four times in six days. They were also measured in Finland.

The pressure of the eruption caused tsunamis not only in the Pacific but also in the Atlantic and Mediterranean.

The eruption of Tonga shook the seabed in January 2022. Picture: Tonga Geological Services

Although the eruption was enormous, requiring relatively few casualties due to Tonga’s sparse population and remoteness.

The tsunami caused by the eruption reportedly killed six people, four in Tonga and two in Peru. In addition, there were about twenty injured.

The other devastation, however, was massive. For example, the island of Hunga Tonga – Hunga Haʻapai was completely destroyed by the eruption.

Waves of major tsunamis would sweep the nearest islands more than 15 feet high. On the main island of Tonga, Tongatapu rained ash several centimeters from the sky.

Great volcanic eruptions can plunge so much matter into the atmosphere that it even cools the earth’s average temperature.

However, despite the massiveness of the eruption in Tonga, it released so little sulfur dioxide and ash into the atmosphere that it is not believed to affect the Earth’s climate.