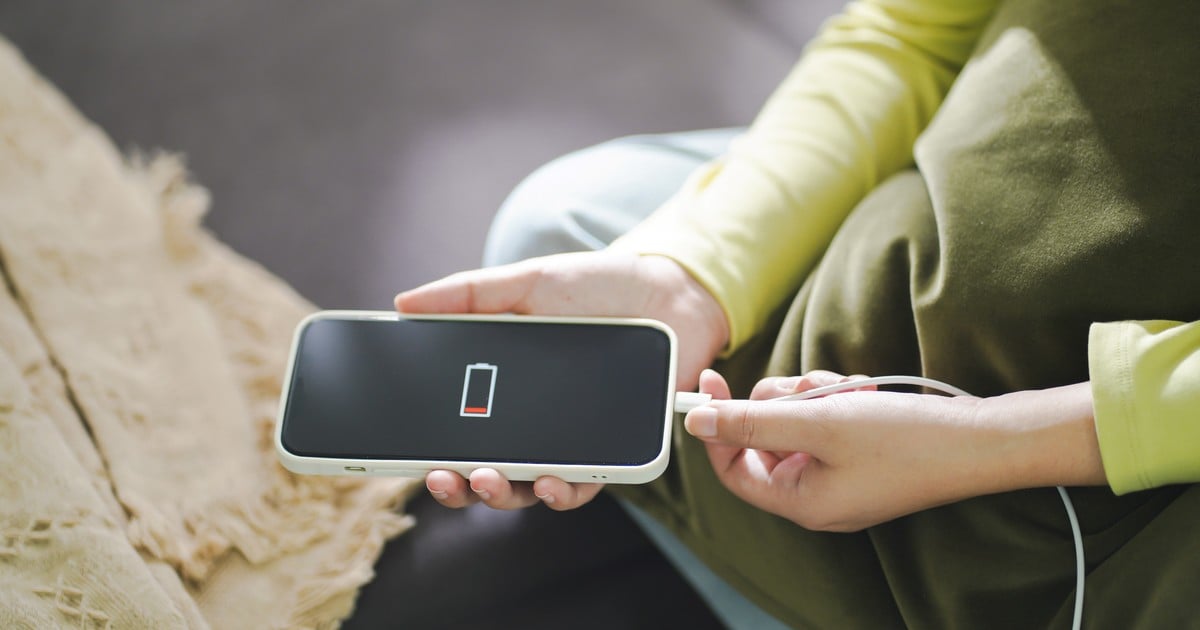 The cell phone battery is a critical component. In fact, it is usually the Main cause when changing the device: from lasting a day and a half, over time, there are users who report that it lasts half an hour. Although there is a life cycle for them, estimated between 3 and 5 years Depending on the use, there are certain habits that can strongly damage them.

There are some myths that remained in force and still drag on. For example, the idea that the battery must be almost completely discharged to recharge it, something that, in fact, works against it. The cycle of the battery, composed of lithium ions, is affected if it goes from 1% to 100% frequently and even takes away some of your battery life.

In both iPhone and Android, the truth is that these types of practices currently ruin the battery.

Therefore, without a doubt, it is better avoid them.

Use cheap or damaged cables

It is better to use the cable that comes with the device. Photo: Shutterstock

One of the worst and most dangerous things you can do is use cheap or incompatible cables with your phone. In fact, those stories where phones catch fire out of nowhere, they have to do with these kinds of problems.

For this reason, it is better to always use the factory accessories that each device comes with. For some reason, in fact, they bring those cables.

It is better to avoid cables “third parties”, as they say, that is, manufactured by third parties that are not the originals. iPhone users can look for the “Made for iPhone” label to feel secure.

And attention: all this also applies to wireless chargers.

Let the battery go to zero

This is one of the great myths that are still valid. Many people think that you have to completely discharge the battery before recharging it. And this is a error.

Charge cycles are the ones that most affect the life of a battery. The constant cycle of charging and discharging slowly degrades the health of the battery, making it even worse when the phone cycle starts from 0%.

This does not mean that if it ever happens it will permanently damage the battery. But yes, if it becomes a habit, in a short time the battery will perform much less.

It is best to keep the phone between 20-80% charged as much as possible. Some phones have features to help do this, but it’s important to remember that shorter charge cycles they are better for the battery.

Keep cell phone plugged in all the time

This is the other side of the problem: having the charge at 100% all the time is not good for the device. It is, in fact, as bad as leaving it at 0%. And this is a typical problem of leaving the phone charging all night, since it reaches 100% and remains plugged in for several hours. This is not good for the life cycle of the battery.

It is also true that modern phones, when they reach 100%, stop charging precisely to avoid this problem. But when it goes down to 99%, it reloads to get to 100%. The bad thing is that this little cycle repeats itself over and over again and is not good for the battery.

The good news is that the iPhone and some Android phones now have charging capabilities. “Adaptable” or “Optimized” to reduce these charging cycles overnight. They keep the battery around 80% most of the night and then finish off the last 20% around your usual wake up time.

Subjecting the phone to extreme heat

Heat doesn’t get along with cell phones. Photo Pexels

Most electronic devices do not like the heat. And this is one more reason not to have it plugged in constantly, since the load raises temperature.

But it is also a warning about where to leave the phone when we are not using it, and it is probably a good idea not to have it in a place where it is in the sun or near a stove or heater.

Heat can also come from other sources. Playing resource-intensive games, leaving your phone on a hot car window, or letting it “bake” in the sun on the beach. All of these things can overheat your phone and damage the battery in the process.