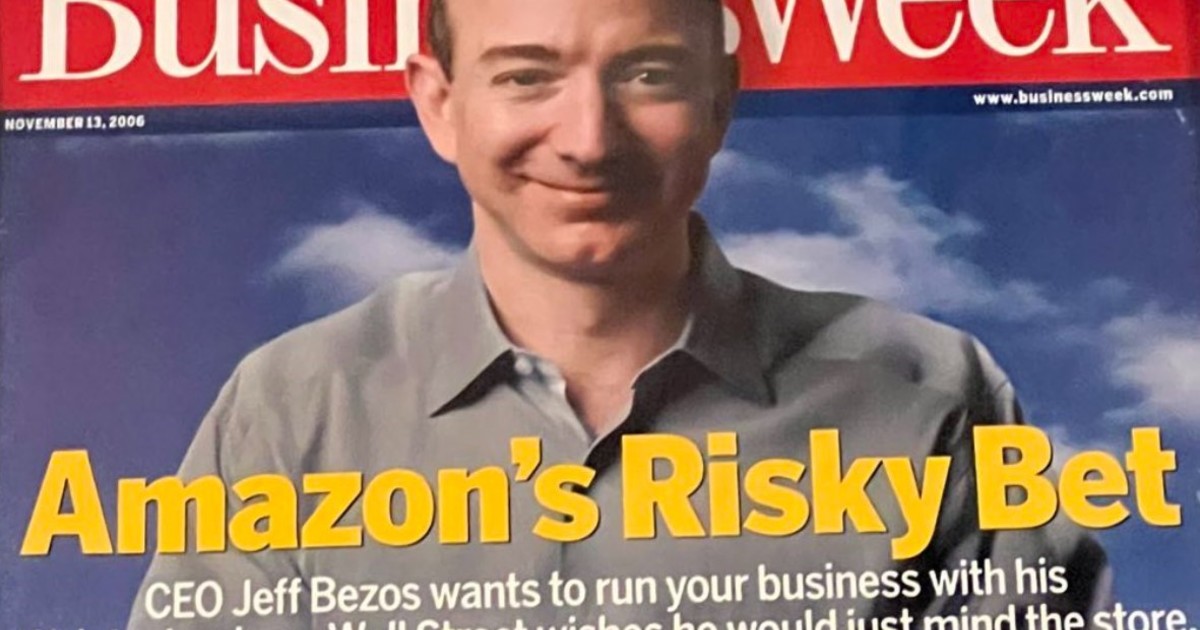 In 2006, Jeff Bezos, founder of Amazon, made a “risky bet” that Wall Street frowned upon. The then founder of the most famous online buying and selling site on the web wanted to make the leap to cloud computing and offer it as a service. And despite the fact that the financial world preferred that he continue selling books online, Bezos recalled this week why it was a wise decision: “The risky bet generated 62 billion dollars last year”, he tweeted in reference to Amazon Web Services.

the world of cloud computing, that is, the so-called “cloud” -which, basically, is a huge number of computers and cables-, is not just a place where we can store our photos or documents online. In recent years, this area of ​​computing has become a Leviathan that sustains much of everything we do on the internet: from a bank transaction to watching a movie on Netflix.

“The term ‘cloud computing’ refers to the delivery of computing resources on demand over the Internet at pay-per-use pricing. Instead of buying, owning, and maintaining their own data centers and servers, organizations can purchase technologies such as storage, computation, databases and other services depending on their needs and when they have peaks in demand. For governments, for example, this happens with censuses or elections,” he explains to Clarion Andrés Tahta, General Director of the Public Sector for Latin America of AWS.

There are even local cases that help to understand the phenomenon: “The Italian Hospital, for example, launched its Intelligence in Healthcare Program (pIASHIBA) in 2018 to investigate the possible applications of artificial intelligence and develop and integrate these tools in health processes”, adds the specialist.

Now, this was not so clear in 2006when Bezos got involved in AWS decisions with Andy Jassy -at that time, head of the division; currently, the CEO of Amazon after the departure of Bezos-. As Brad Stone recalls in his book “Amazon Unbound”, when he raised the idea, that is, to sell the processing power of his servers so that anyone could buy space in his “cloud”, nobody understood very well what Bezos could know about that business. In his head, everything was already clear: the long term. A constant in his way of understanding the entire Amazon ecosystem.

I have this old 2006 BusinessWeek framed as a reminder. The “risky bet” that Wall Street disliked was AWS, which generated revenue of more than $62 billion last year. pic.twitter.com/ccF0nCOkhu

It made sense: the impressive volume of sales that Amazon handled on its website ecommerce rested on an infrastructure that could endure without falling even the worst black fridays. Something else could be done with it: and that is what Wall Street still did not see.

Even as companies began to do their annual balance sheets, Bezos decided to put Amazon Web Services revenue under the “other” category. Why? In order not to “discard” the novelty of his idea.

“This has to escalate towards infinity without any kind of deadline,” he told Jassy at the time. Today, AWS is the service with the most growth potential in the company.

And that infinity seems to be unfolding year after year.

The numbers of the phenomenon

Andy Jassy, ​​current CEO of Amazon, was the head of AWS before replacing Bezos. Reuters Photo

Databases, management tools, security, IoT, business applications and developer tools are some of the services that can be contracted online. But what is all this for? Although it all sounds a bit abstract, it is much more concrete than it seems: are huge computers (servers), with immense processing powerconnected to each other, somewhere in the world -generally the locations are secret- to support a good part of the internet.

To put this in context, and in line with the previous example, when we watch a movie on Netflix, that movie is hosted on some computer. It is this service that the big companies use: instead of having them in their own teams, they hire the giants that are dedicated to providing this storage and processing power.

But, over time, this type of technology evolved into other intensive and business uses, which are key to the Internet we use today.

Cloud computing is dominated in the world by four companies: AWSwhich has the largest share of the market (49.2%)Microsoft Azure (33.1%), Alibaba (8.7%) y Google Cloud (9.1%). To measure the size of AWS, until June of last year the company offered 17,300 different products and services to companies and individuals, within which about 5,000 belong to the “infrastructure and software” category.

So vast is the amount of things that can be done with cloud computing that, three weeks ago, the company began providing a random number generation service based on quantum computingdeveloped by the Quantum Numbers (AQN) project of the Australian National University.

“For more than 12 years, we have provided our cloud services to millions of active customers every month and more than 100,000 partners in more than 150 countries worldwide from virtually all industries and of all sizes, including start-ups, large multinational companies and public sector organisations,” explains Tahta.​

The expert tells what services AWS works with in Argentina: la Municipality of Córdoba, Edenor, Mercado Libre, the Technological Institute of Buenos Aires (ITBA)are some of the big players who hire the computing power of the AWS cloud.

Based on the challenges that this enormous infrastructure poses, Amazon Web Services (AWS), the division of the company founded by Jeff Bezos, holds a summit every year in which it discusses the new developments of this system, as robust as it is complex.

The AWS Congress in Washington

In this context, this Monday begins one of the AWS Summits in Washington, a conference in which there will be talks on various topics of the cloud computingbut also artificial intelligence, on how to apply these services to the management of natural disasters and the risks and precautions that must be taken in terms of cyber security.

It will be from 23 to 25 and will feature co-experts in the field, workshops and conferences. “This is an invitation for the public to learn how the AWS Cloud can digitally transform the different organizations of the public sector, so that they can innovate and thus offer better services to their customers and citizens. Also, high-impact news about cybersecurity, artificial intelligence, cloud storage, internet of things and big data, among other topics, will be presented,” explains Tahta.

According to his experience, the summit is aimed at “programmers, developers, specialized journalists and those interested in artificial intelligence, machine learning and data analysis”.

Thus, that business that Bezos saw in 2006 ended up generating, after all, not only a new division of a giant like Amazon but also a field of knowledge which seems to grow with anabolics year after year.